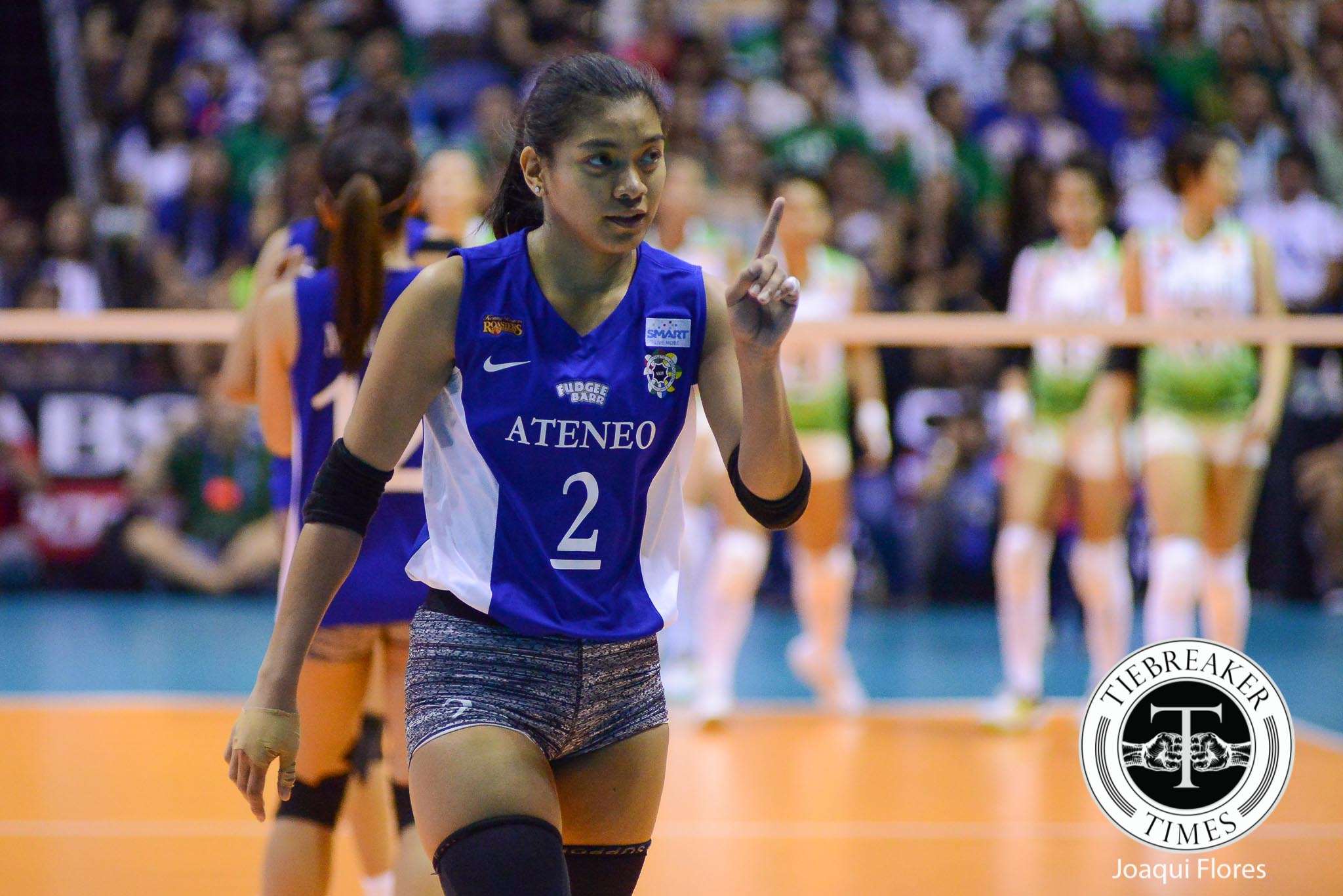 For the first time in nearly two years, the Ateneo De Manila University Lady Eagles lost a match in the UAAP.

They not only lost, but were dominated by a determined De La Salle University side, ending they’re 24-game winning streak that dated back to the Season 76 Finals. Ateneo are now at 6-1 for the season.

Ateneo team captain and reigning two-time MVP Alyssa Valdez was pushed to the brink. She managed only 11 points on a dismal 10/33 percentage, and was the target of most of the Lady Spikers’ loaded serves.

More shocking, however, was Valdez’s frustrated body language during the match. With every attack error or La Salle block, Valdez’s signature smile was slowly wiped.

“We all hope that it was a really good learning experience for us – that it becomes extra motivation and inspiration for us to work and train harder and stay focused. Hopefully makapasok pa sa Final Four,” the Batangueña remarked.

Asked about the end of their winning streak, Valdez admits that she and the team haven’t had their mind on the streak as they take the season one game at a time. She also concedes that this approach might have severely limited their confidence.

“It’s (the streak) meant to be broken… parang promises lang,” she said jokingly. “If we don’t experience anything like this, how can we manage to get up and be on our feet again. There’s a reason for everything that’s happening to the team naman. Let the story unfold. We really don’t know what’s gonna happen. Hopefully we go back and try to be better as individuals and as a team.”

Adressing her frustrated looks, Valdez claimed that it was just a product of La Salle’s steady target serving and attacking.

Valdez then commented on feeling the effects of the graduation of Denden Lazaro and Ella De Jesus. Aside from the pair’s floor defense and passing, Valdez thinks they missed their composure on the court more.

“Iba rin talaga when you’re playing with girls that are talented and have experience. My team naman now is very talented but kita naman that we still need to work on getting our confidence up. Ganito talaga siguro kapag first big game nang marami.”

For now, Valdez is thankful that they have a whole other round to work out the team’s kinks. As always, the decorated National Team mainstay is just hoping for the best.

“We’re thankful that we still have seven games to work on our mistakes. I know my teammates, this is only gonna motivate us more.”

Alaska shoots lights out, annihilates Rain or Shine by 26