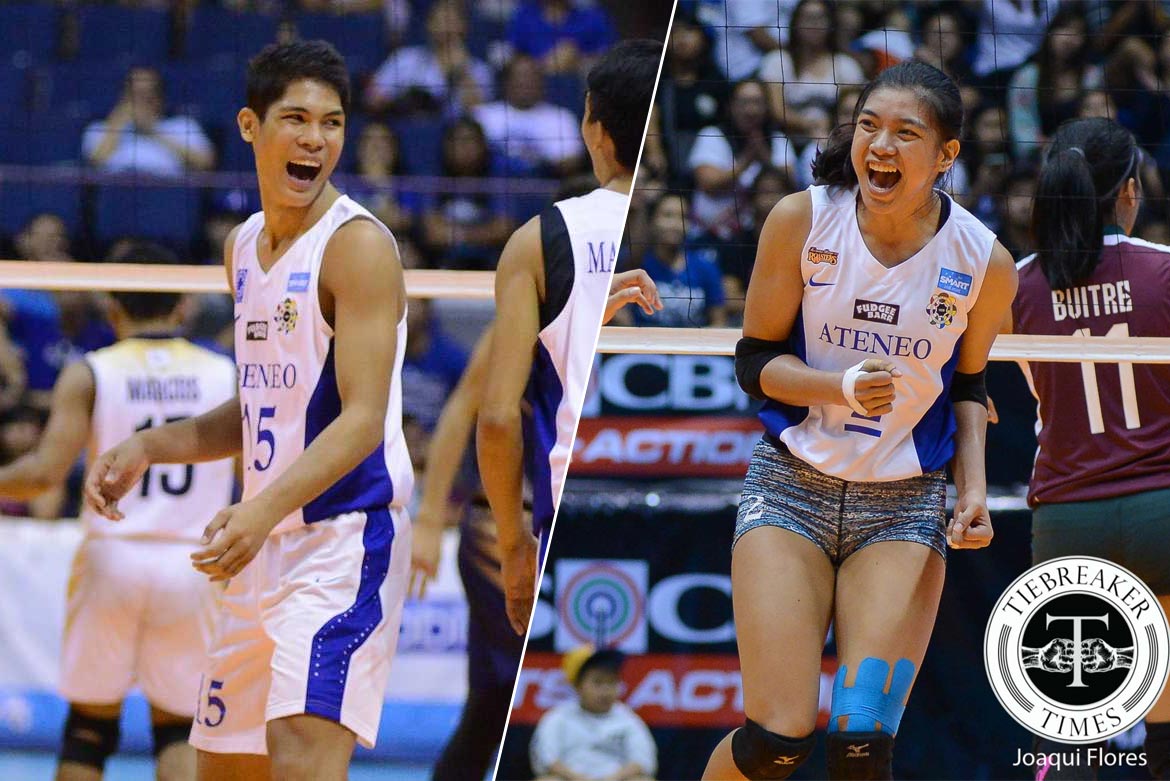 Graduating Ateneo de Manila University Lady Eagle Alyssa Valdez will cement her legacy as one of the best local volleyball players ever when she receives her third consecutive UAAP Most Valuable Player award on Wednesday, according to an official source.

University of the Philippines open hitter Isa Molde won a tight race with her own teammates to clinch the Rookie of the Year award.

National University stalwart Jaja Santiago will be named the Best Attacker for the second straight year.

De La Salle University Lady Spikers will claim the rest of the awards.

Kim Fajardo tossed the most excellent sets and will net the Best Setter award.

The much-improved libero Dawn Macandili will bag the Best Receiver and Best Digger awards, while fourth-year middle blocker Majoy Baron will seal the most outstanding season of her career with the Best Blocker trophy.

On the Men’s side, Ateneo Blue Eagle Marck Espejo continues to dominate. In his three seasons in the UAAP, Espejo has now won three MVP awards.

Although his team missed the Final Four, La Salle team captain Raymark Woo will come away with his first Best Scorer plum. Woo set the UAAP record for most points in a match (39) earlier this season.

NU rookie James Natividad will be named the best of his class. Last season’s Rookie of the Year, UE skipper Edward Camposano, will come away with the Best Blocker trophy.

The UAAP Season 78 Men’s Volleyball Awarding Ceremony will happen on Wednesday, April 27 at 11:30am, while the Women’s Awarding Ceremony is slated at 3:30pm on the same day at the SM Mall of Asia Arena in Pasay City.