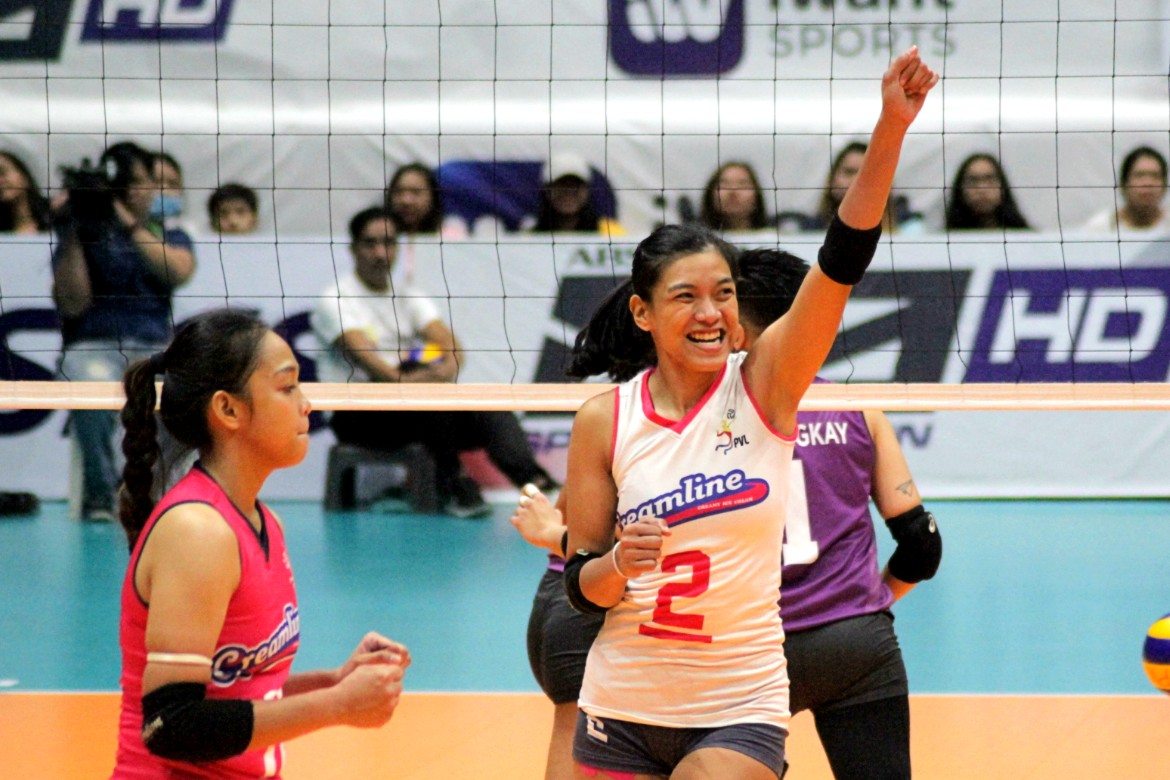 Shrugging off a meltdown in the third frame, the Creamline Cool Smashers thwarted a late rally from sister team Choco Mucho, surviving the Flying Titans in four sets, 25-12, 25-22, 19-25, 25-18, in the 2019 PVL Open Conference at the FilOil Flying V Centre, Saturday evening.

The defending champions came riding the crest of their five-game winning surge. They raced out of the gates of the marquee match-up with searing momentum to capture a two-sets-to-none buffer.

However, the Flying Titans stopped the Cool Smashers in their tracks in the third set. With Kat Tolentino and Maddie Madayag at the wheel, Choco Mucho accelerated a 19-17 gap to a 23-18 spread to force fourth set.

Jolted to their senses, the Cool Smashers played with renewed vigor and went for the jugular. They sprinted to a 22-14 cushion after Alyssa Valdez pummeled a free ball.

Though Celine Domingo lifted Creamline to a 24-15 edge several sequences later, the Flying Titans saved three match points to keep their hopes alive. The Cool Smashers then turned to their battle-tested skipper yet again. Valdez delivered the lethal blow, sending Choco Mucho down a three-game tailspin.

Valdez was all over the place, scattering a triple-double performance in the match that lasted for 115 minutes. She erupted for a game-high 25 points – built on 21 attacks and two kill blocks – laced with 13 excellent digs and 11 excellent receptions.

Domingo and Jema Galanza were also instrumental for Creamline, supplying 11 markers apiece. The former had two of her team’s four blocks, while the latter scored all but two of her points via attacks.

The Cool Smashers remained spotless with a league-best 6-0 card. On the other hand,, the Flying Titans fell to a 2-3 slate, tied with Bali Pure.

Creamline look to keep their record pristine when they face the veteran-laden PacificTown–Army Lady Troopers. Meanwhile, Choco Mucho will try to snap out of their funk when they square off against the Petro Gazz Angels. Both matches will be played on Wednesday at the same venue.