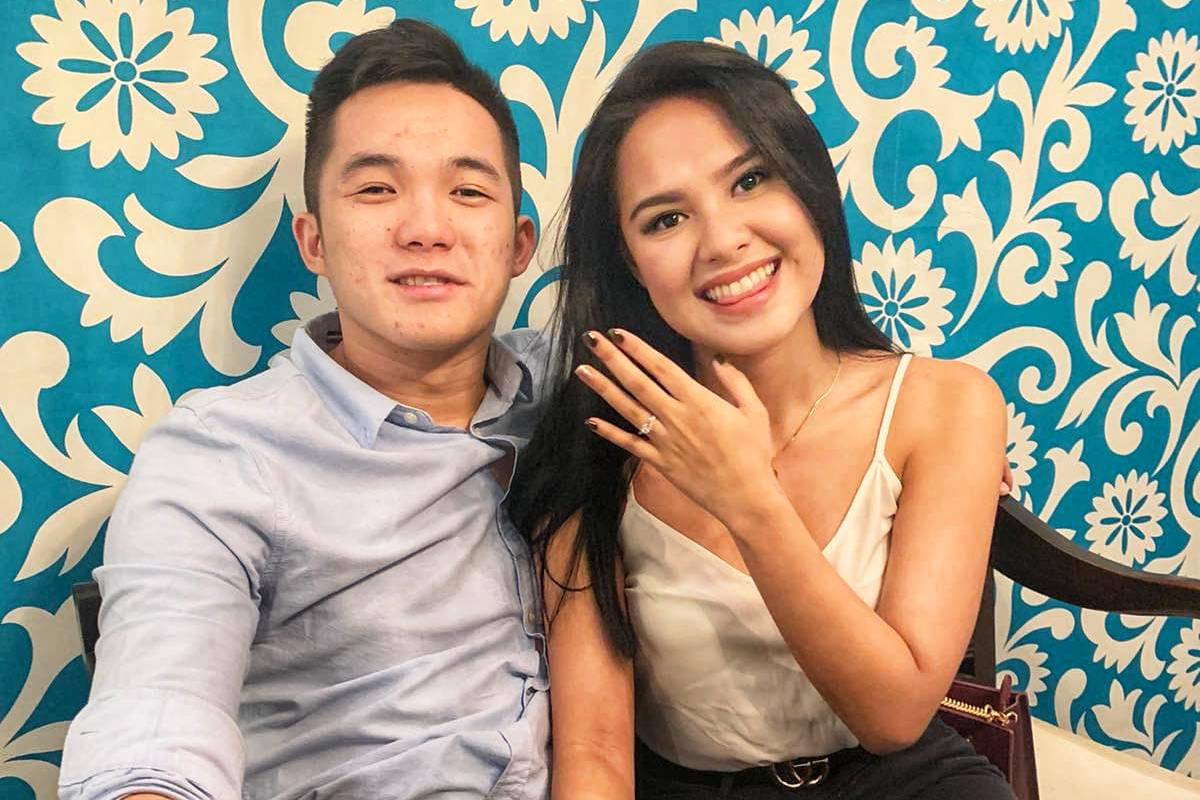 Agatha Uvero broke her silence regarding how her relationship with Blackwater guard Paul Desiderio went and why it had to end.

And according to the daughter of Nowhere to Go but UP chairman Atty. Agaton Uvero, it was because the 25-year-old native of Liloan, Cebu “raised his hand on her” on multiple occasions.

In a lengthy social media post, Uvero detailed how Desiderio abused her both physically and emotionally.

“I have proof, pictures, screenshots, if no one will side with me, I’ll accept it but I know the truth. I am not perfect and I’ve had my own mistakes in this relationship but no matter how mad I was, if I was almost twice your height and weight, I wouldn’t hurt you like this.”

Uvero went on to raise allegations that Desiderio strangled her, gripped her face, grabbed her hands to punch herself, threw her to walls, a bed, and walls, tried to bite her, and even kicked her body on separate occasions.

There was even an allegation that Desiderio locked Uvero in their room and threatened her that if she did, both of them would “die”.

According to Uvero, some of those incidents happened while she was still carrying their son, Juan Andres.

“I really hate airing dirty laundry on social media, but I also don’t have it in me anymore to keep quiet just because I know that so many people empower this person and enable him to be the abuser he is,” she continued. “Like all of you, I have been nothing but a fan of this man, in fact, the #1 fan. In my desperate attempt to reinforce his good behavior, I always posted the highlights and the best of our relationship.

“As a go-getter, a woman with a strong personality, I couldn’t admit to myself that I had a lapse of judgment in this man who I defended too many people who told me to avoid. I’m swallowing my pride for my own safety and for my own accountability not to cover up for someone just because of love or fear.”

Uvero and Desiderio were engaged back in November 2019 but split up early this year.

Desiderio had been struggling with his finances over the past two years.

According to sources close to Desiderio but refused to be named, the former Fighting Maroon has borrowed money from his former teammates and managers in UP.

The Philippine Basketball Association has also launched an inquiry regarding the matter — the first time the 47-year-old league did one in cases of domestic abuse.

“The league will not tolerate any form of domestic abuse. No matter the cause of circumstances, physical and psychological abuse of women, whether in the confined of marriage or not, is inexcusable,” the league’s statement read.

“This report deserves to be given serious attention by both the ballclub concerned and the PBA itself.”

Desiderio has been ruled out of the season after suffering an ACL tear.

#ReadMore  Through the Good, the Bad, and In-between: Why Arcadia left ECHO for RRQ

“I hope you’re happy with your so-called ‘justice.’ You have every right to do so and I wish you didn’t have to go through whatever it was,” read the post of Mika. “If only we could tell the world about you too, but we’re not like that. Plus, we are not that powerful.

Mika also alleged that the unnamed person was seen with another man and needed to take a drug test.

Violence against Women and their Children (VAWC) chooses no time or place. If you are, or if you personally know someone being abused, don’t hesitate to seek help to stop the abuse.