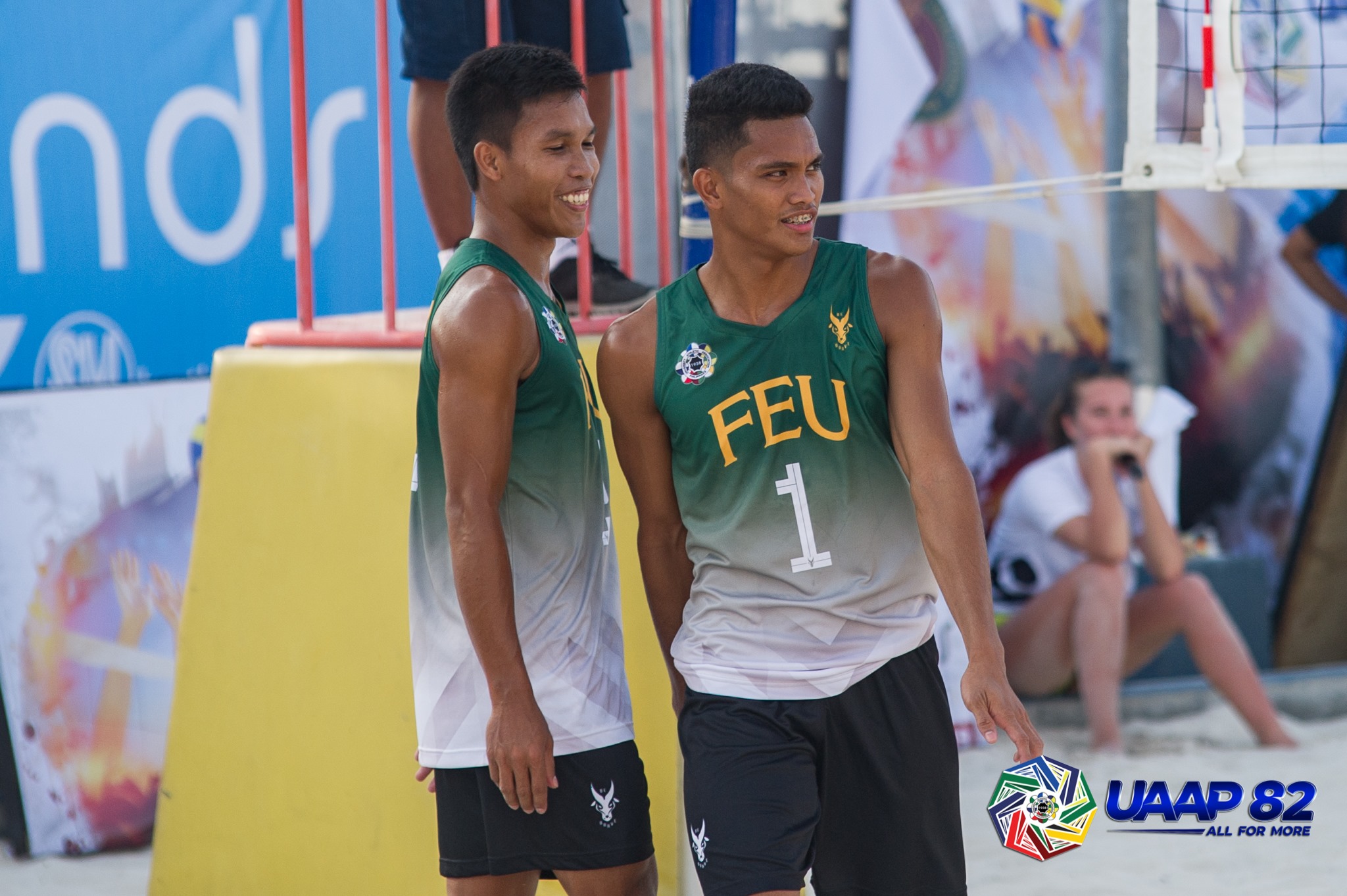 The Tiger Spikers’ Jaron Requinton and Rancel Varga bested University of the Philippines’ Niccolo Consuelo and Louis Gamban, 21-13, 21-8. They then returned in the afternoon for a 21-19, 21-8 romp of Ateneo’s Abai Llenos and Kurt Aguilar.

After defeating Ateneo’s Llenos and Aguilar, 21-8, 21-9, in the morning session, the Tamaraws’ Jude Garcia and Kevin Hadlocon completed a sweep with a 21-12, 21-15 conquest of De La Salle’s Vince Maglinao and Ian Jumandos.

UST and FEU remained on top of the standings with identical 5-0 records. The two traditional powerhouses needed only a win in their last two matches to clinch twice-to-beat incentive in the Final Four.

Also going perfect in the Saturday matches are National University and Adamson University.

NU and Adamson University are in joint third with 3-2 records.

Those back-to-back defeats dropped the Fighting Maroons out of the top four range at 2-3, one game out of the last Final Four slot.

The Green Spikers and the Red Warriors fell to 1-4, while the Blue Eagles are now at 0-5.