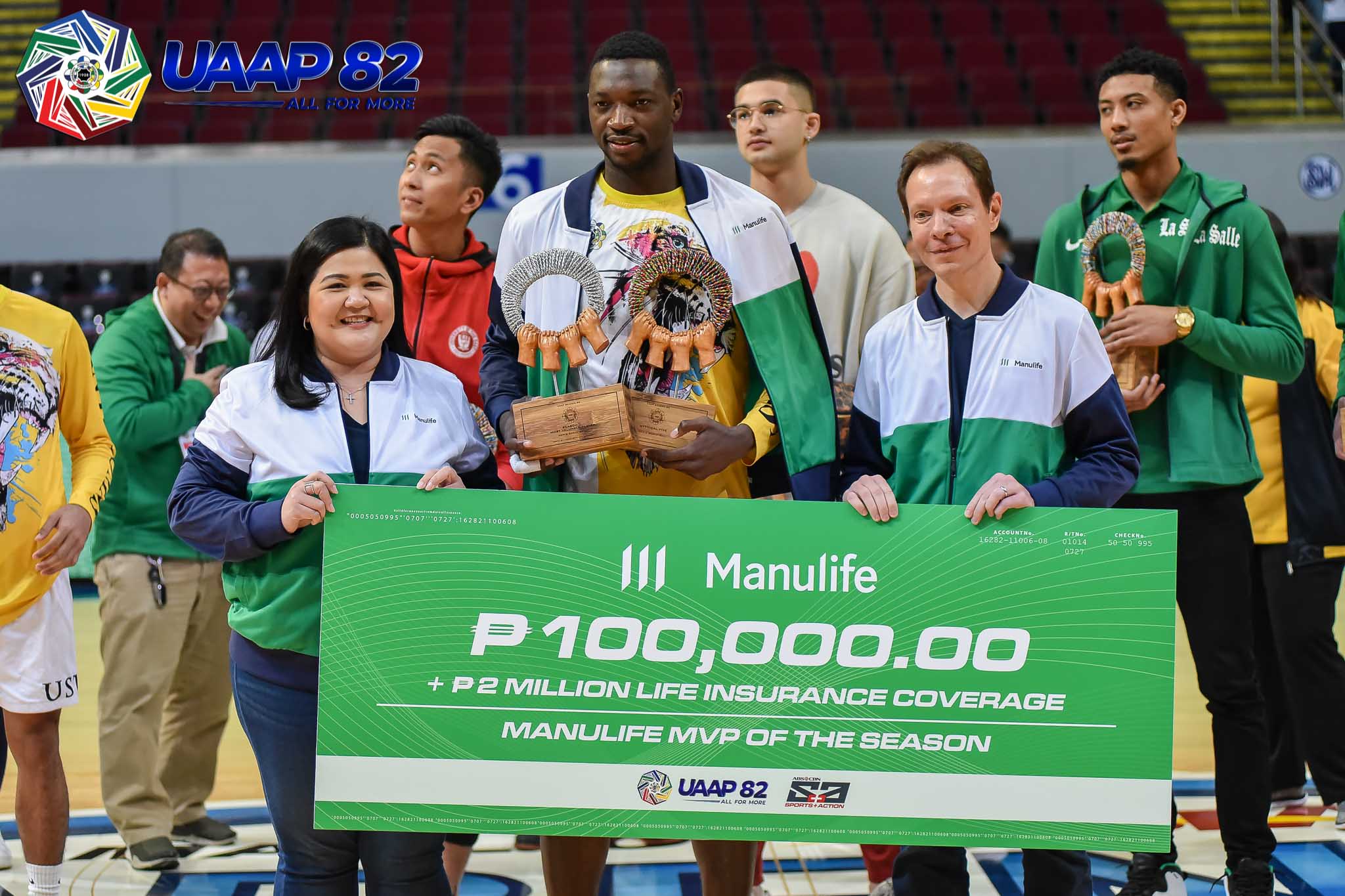 University of Santo Tomas had a double celebration Wednesday at the SM Mall of Asia Arena.

Soulemane Chabi Yo and Grace Irebu received their Most Valuable Player plums in the UAAP Season 82 Collegiate Basketball Tournament.

Chabi Yo accumulated 76.0 statistical points, built on his averages of 16.9 points, 14.7 rebounds, and 1.3 assists to win the award sponsored by Manulife.

The Beninese student-athlete led the Growling Tigers to an 8-6 record during the elimination round.

Irebu, on the other hand, copped her second MVP tiara after amassing a whopping 90 SPs.

The Congolese student-athlete averaged 21.9 points, 15.1 rebounds, 1.7 steals, 1.5 blocks, powering the Growling Tigresses to the second seed with an 11-3 slate.

Animam could not make it to the awards ceremony, however, as she fractured her right orbital bone during the 2019 FIBA Asia-Oceania Pre-OQT game against South Korea.

Taking the Rookie of the Year awards were UST’s Mark Nonoy (39.29) and Pastrana.