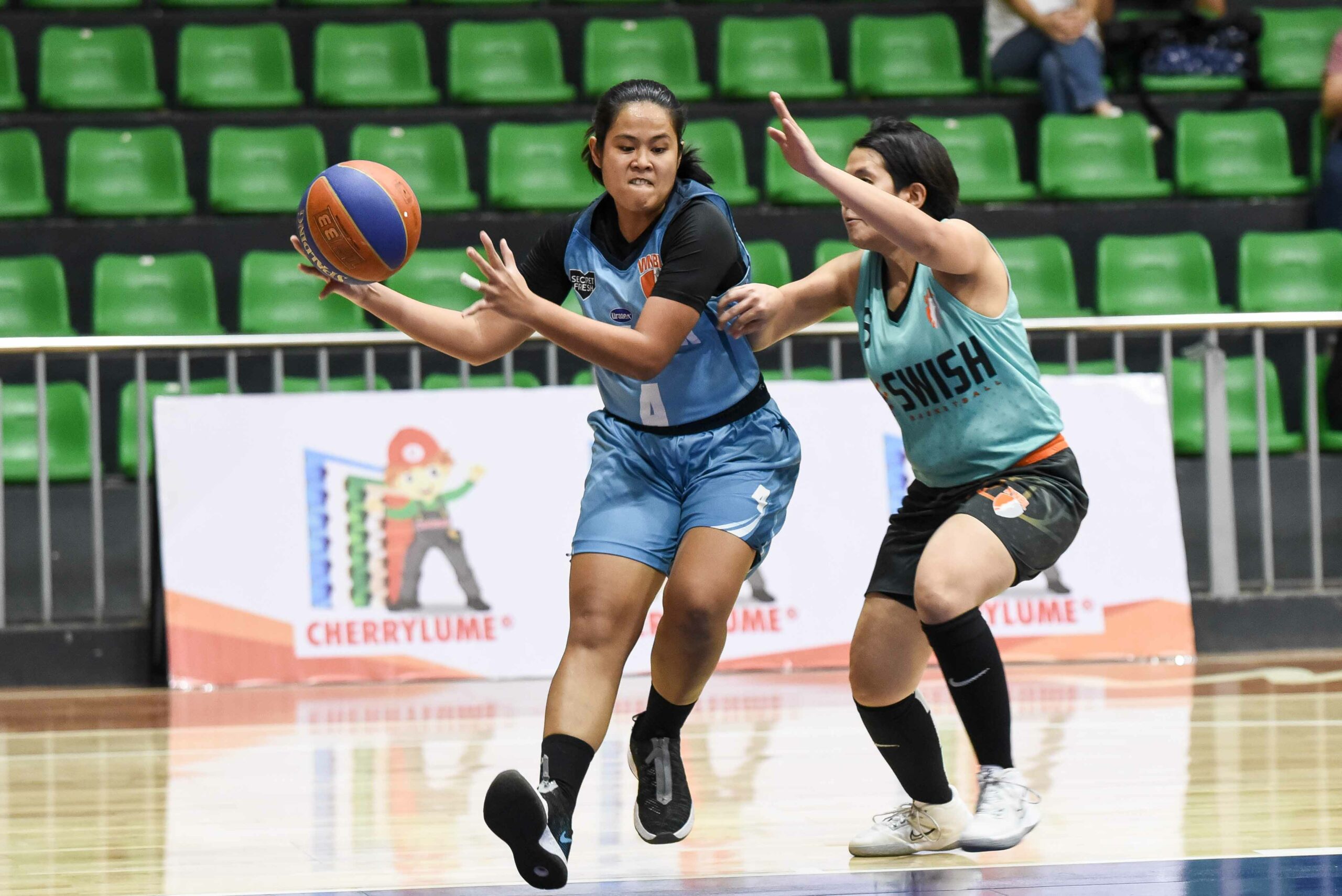 Uratex Dream completed its sweep of Pool B to close out the elimination round of the 2021 Women’s National Basketball League-Pilipinas 3×3’s first leg, Sunday at Bren Z. Guiao Convention Center in San Fernando, Pampanga.

And the quartet of Kaye Pingol, Tina Deacon, Angel Anies, and Alyssa Villamor showed no mercy.

Uratex Dream opens its day with a rare 21-0 wipeout of Swish.

Anies led the way for Uratex Dream with eight points — including two triples. Villamor added six points while Pingol and Deacon had four each in the game.

To close out their elims campaign, Uratex Dream relied on its defense, limiting Bluefire Gasulista in a 21-11 win to sweep the pool.

Snow Penaranda, who had 33 total points yesterday, was limited to just six points. Villamor had 10 points in the contest to lead Uratex Dream.

Uratex Dream will face the Dreamers in the knockout semis.

The Dreamers defeated JJD, 14-10, to clinch the second semis slot in Pool A. Anddre Gonzales had seven points in the victory.

Sam Harada had five points in the game while Ford Grazales was on point, knocking down four deuces en route to nine points.

They will face JiaGuel in the semis.

JiaGuel outlasted Amazing, 9-8, to clinch their semis ticket with Trina Guytingco knocking down the go-ahead bucket.

The four-team playoffs of this FIBA 3×3 level three tournament begins at 11:00AM.