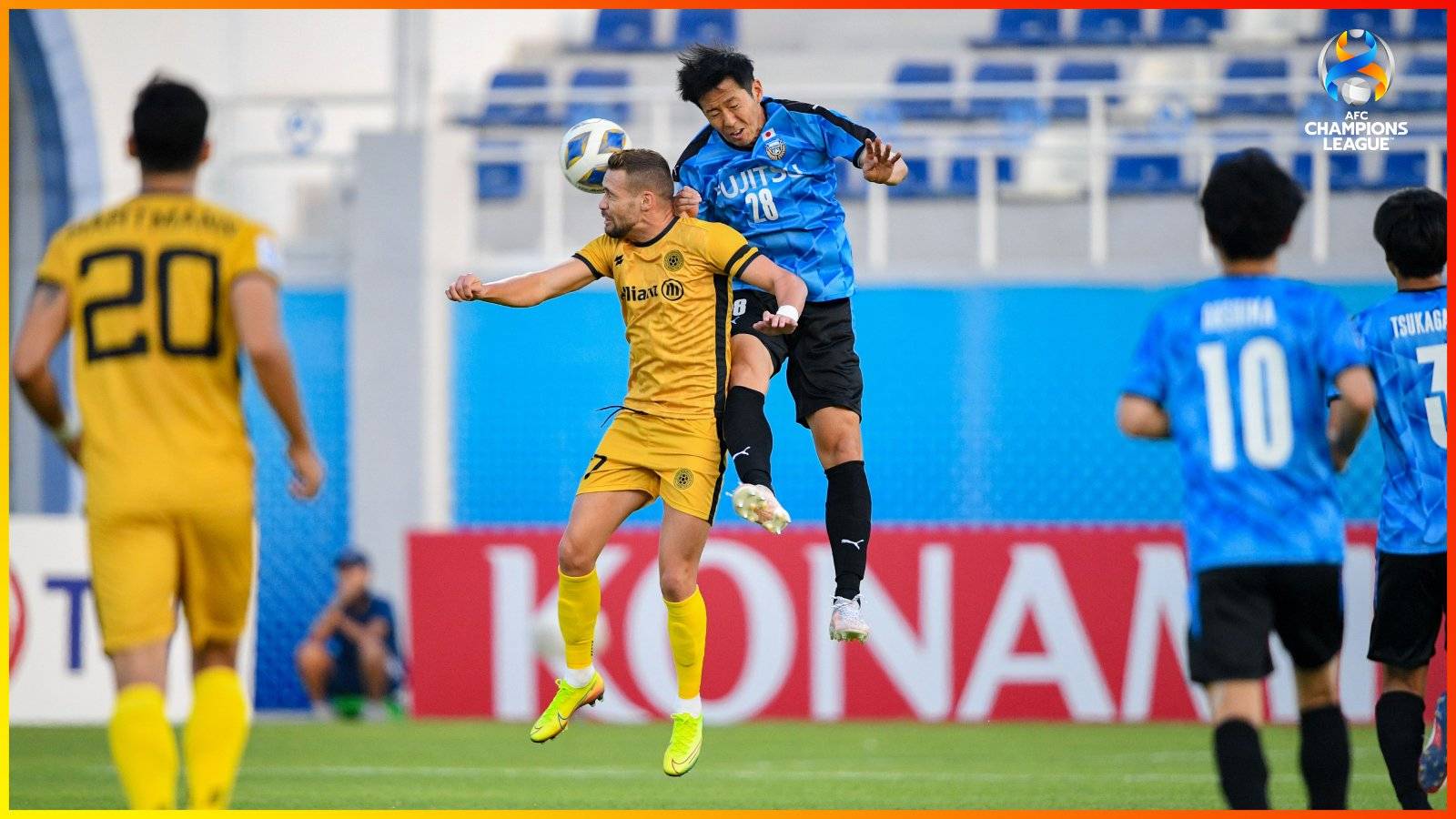 United City’s skid in the 2021 AFC Champions League continued with a 0-2 defeat at the hands of Japan’s Kawasaki Frontale, Monday evening at the Lokomotiv Stadium in Tashkent, Uzbekistan.

The outcome is a far cry from the eight-goal loss for the Filipino club when both sides competed against each other for the first time. However, it also ensures that United City only has one point after four matches in Group I, while Kawasaki Frontale has a perfect record with 12 points.

“I’m a bit disappointed that we lost,” said English coach Jason Withe. “I thought 15 minutes to go, (when) we were losing 1-0, I thought we would be able to steal something in the end. Unfortunately, the fourth official wouldn’t allow our substitutions on the pitch and when they scored the second goal, we were down to 10 men.”

Withe rotated his squad for this match. The likes of goalkeeper Anthony Pinthus, midfielder Mike Ott and forward Mark Hartmann were the only ones keeping their places in the starting 11 from the previous match.

Likewise, Kawasaki Frontale had players who scored against the four-time Philippine champions three days ago — Leandro Damiao, Yasuto Wakizaka, and Kaoru Mitoma — on the bench.

Pinthus was a busy man in the first half, as Kawasaki Frontale bombarded his goal during the period. The Japanese side had multiple chances to score past Pinthus.

It was only Kei Chinen, though, who found the back of the net in the 18th minute. He scored following a horrendous back pass by Arnie Pasinabo.

Kawasaki Frontale enjoyed as much as 75 percent possession of the ball, but was particularly wasteful in front of the goal. It took until the 78th minute for Toru Oniki’s men to finally double their lead. Midfielder Tatsuya Hasegawa finished from close range.

Substitute forward Kieran Hayes came closest to scoring a goal for United City in the game late in the second half. Still, Kawasaki Frontale’s defenders ultimately stood their ground. Hayes then picked up a foul after an accidental tackle on goalkeeper Jung Sungryong in the same sequence of play.