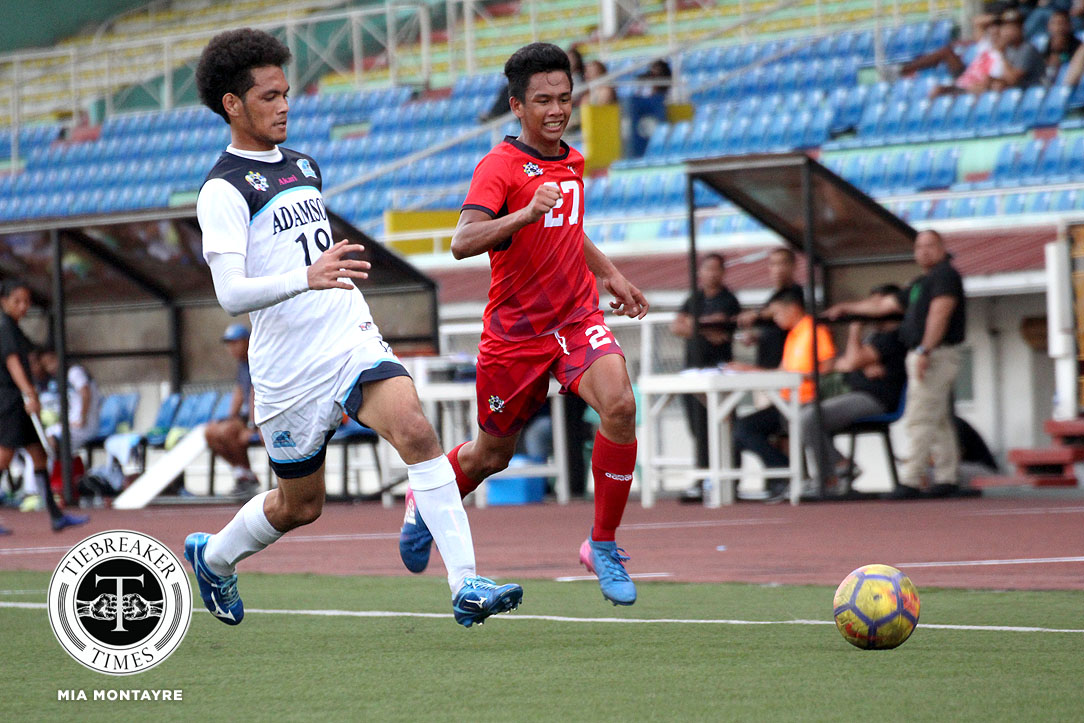 The University of the East Red Warriors and Adamson University Soaring Falcons may have fired blanks, but it was an entertaining contest nonetheless.

The Red Warriors and Soaring Falcons earned a point each after a 0-0 draw in the UAAP Season 81 Men’s Football Tournament, Sunday afternoon at the Far Eastern University-Diliman field in Quezon City.

Both sides were eager to get a goal right from kickoff but neither had the ingenuity to make the final product. UE goalkeeper Franz Rieza made a fantastic stop against the Soaring Falcons in what was the first period’s best sequence of play.

At the other end, a mishap by Adamson stopper Carl Viray led to a free kick for UE. Mark Lerion stepped up to strike the ball but his attempt was only good enough for the Soaring Falcons’ wall.

Come the second half, both teams can only lament their lack of luck in front of goal. The Soaring Falcons thought they finally broke the deadlock at the 57th minute thanks to Bless Brian Jumo II’s header but his attempt was ruled out for offside.

In the final stages of the match, the Red Warriors went close to sealing all three points. Mar Diano, who started as a center-back, went forward in the last few minutes and went close to getting that solitary goal, only for his attempt to be denied by the crossbar.