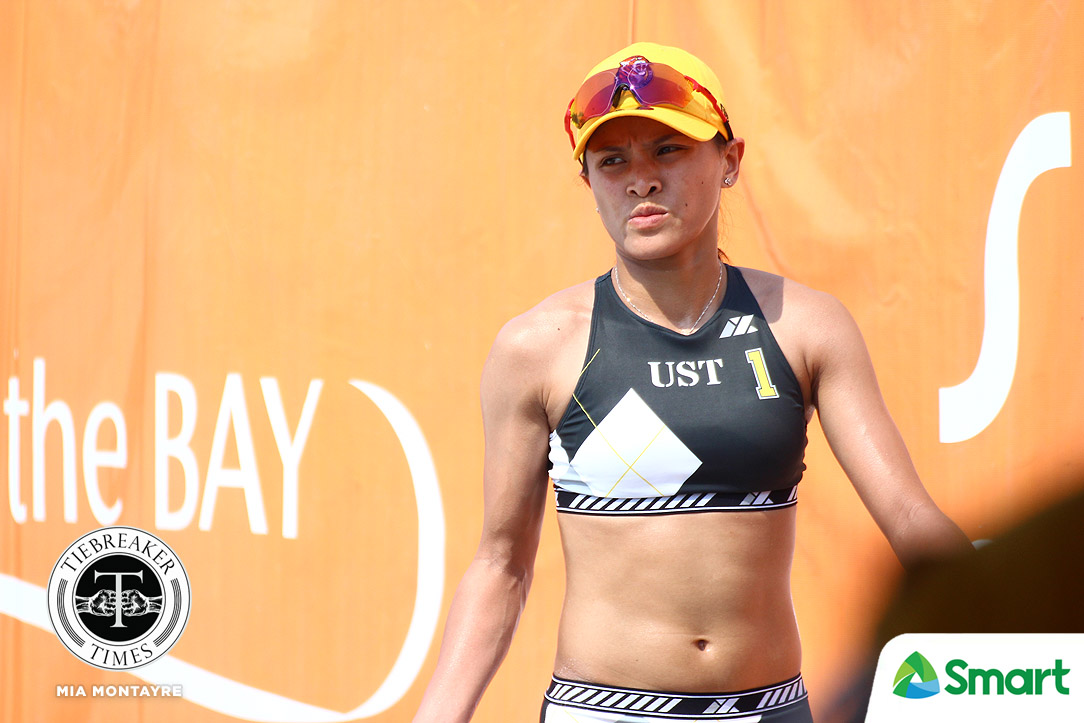 Seeking a rare three-peat, the University of Santo Tomas’ Sisi Rondina and Babylove Barbon completed a sweep of the UAAP Season 81 Women’s Volleyball tournament at the Sands SM By the Bay.

Rondina and Barbon made short work of the Far Eastern University’s Ivana Agudo and Sheena Gallentes (21-9, 21-5) to end the elimination round with a 7-0 record.

The sweep pushes the Tigresses to the Finals on Sunday, awaiting their opponents from a heated stepladder.

Rondina bagged her fourth sweep in five years of competition on the sand. Finally seeing the end of her collegiate beach volleyball career, Rondina could not help but feel emotional.

The De La Salle University’s Michelle Morente and Tin Tiamzon claimed the second seed after taking care of the University of the Philippines’ Isa Molde and Justine Dorog (21-17, 21-14).

UP then took the fourth seed after sweeping the Ateneo de Manila University’s Ponggay Gaston and Jules Samonte (21-19, 21-19) in a playoff.

National U rookies Kly Orillaneda and Antonette Landicho completed the Final Four cast, ending the elimination round with a quick win over Adamson U’s Gracel Ave and Hannah Infante (21-16, 21-11).

NU and UP will play tomorrow morning in the first rung of the stepladder. The winners will face a twice-to-beat La Salle later in the day.