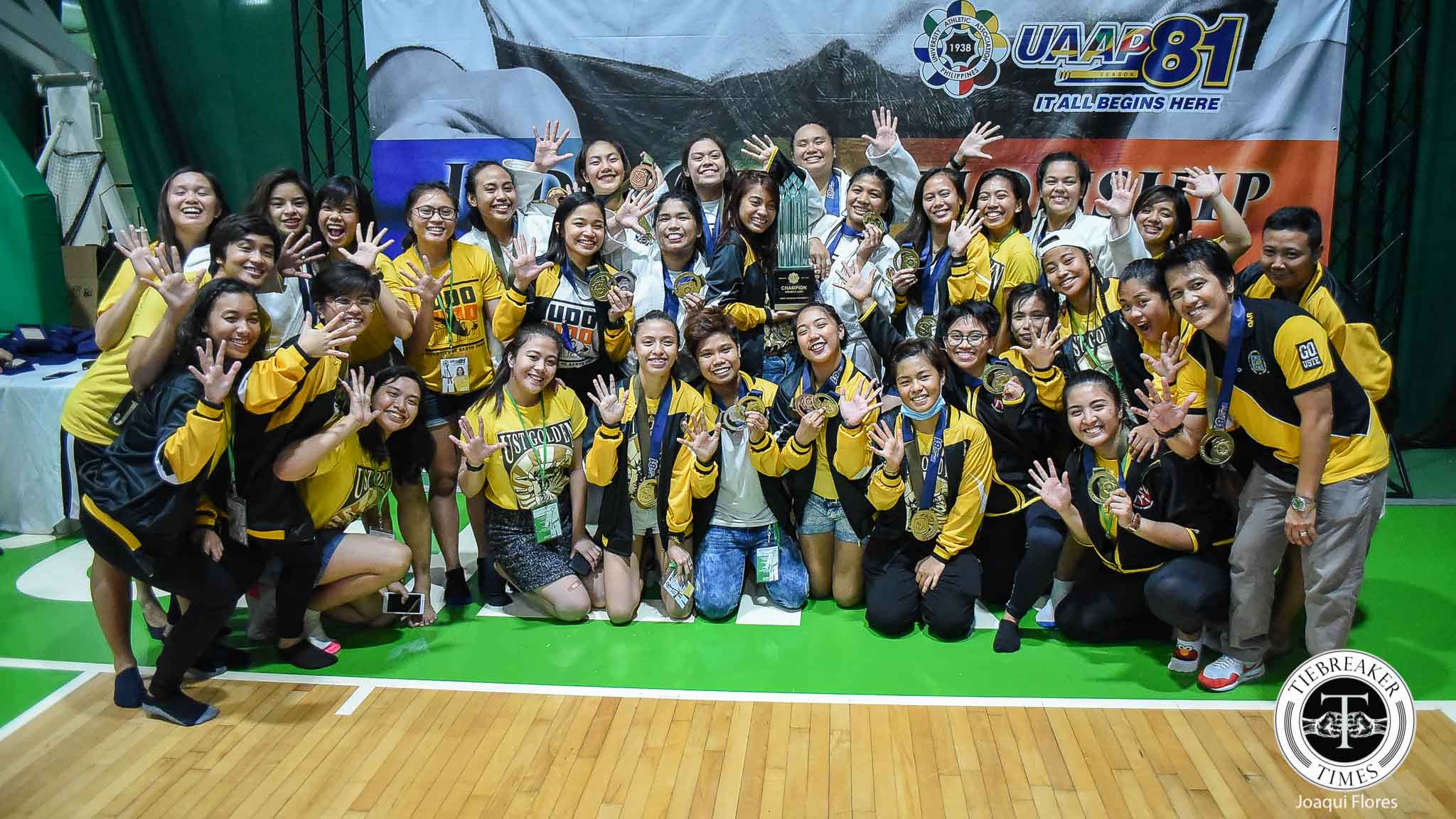 Many have tried but only one has succeeded.

Throughout 22-year history of the UAAP Women’s Judo tournament, the University of Santo Tomas Lady Judokas and the University of the Philippines Lady Maroons have alternated attempts at a rare run of five-straight championships.

Sunday afternoon, the Lady Judokas of UST finally succeeded in accomplishing the rare feat. The school racked up all the silver medals, five bronzes, and a gold to boot, to win the UAAP Season 81 Women’s Judo Championship, Sunday afternoon.

Though eventual Most Valuable Player and Half Lightweight champion Khrizzie Pabulayan was the sole gold medalist, UST swept the silvers to finish with 36 points – 11 points ahead of silver finishers Lady Maroons and 12 points above the UE Lady Warriors.

“Medyo struggle nga lang this year kasi due to injury and overweights, tapos academics and personal problems pa ng players. Ang target lang talaga namin this year is not to get gold, but just get all the points we can,” the decorated mentor added. “So, kahit na sandamakmak yung gold namin tapos hindi kami manalo, ano pa silbi nun?”

Besides winning the school’s 11th Women’s Judo championship, the Lady Judokas also gave the school its seventh championship of the season.

“It’s always a team effort. It’s our motto is to fight as a team and win as a team.”

The Lady Maroons placed second, despite entering the final day with just three points – 13 points behind the UE Lady Warriors, 3-16.

Golden finishes from Lady Maroons Charisse Aseneta (Half Middleweight) and Justine Main (Half Heavyweight), and a bronze by Pag-ibig De Villa (Middleweight) sliced the Lady Warriors’ lead down to 18-24 heading into the heavyweight finals. Only a gold by Arshea Gimena would secure silver for UP.

In the final, the graduating Lady Maroon defeated Risa Dela Cruz to give UP the full seven points to complete the comeback.

UE were able to pick up a gold in the middleweight division courtesy of Sharlene Guyo.

Entering next season, UST will have at least four graduating judokas. And Arce is ready to rebuild to keep their dynasty going.