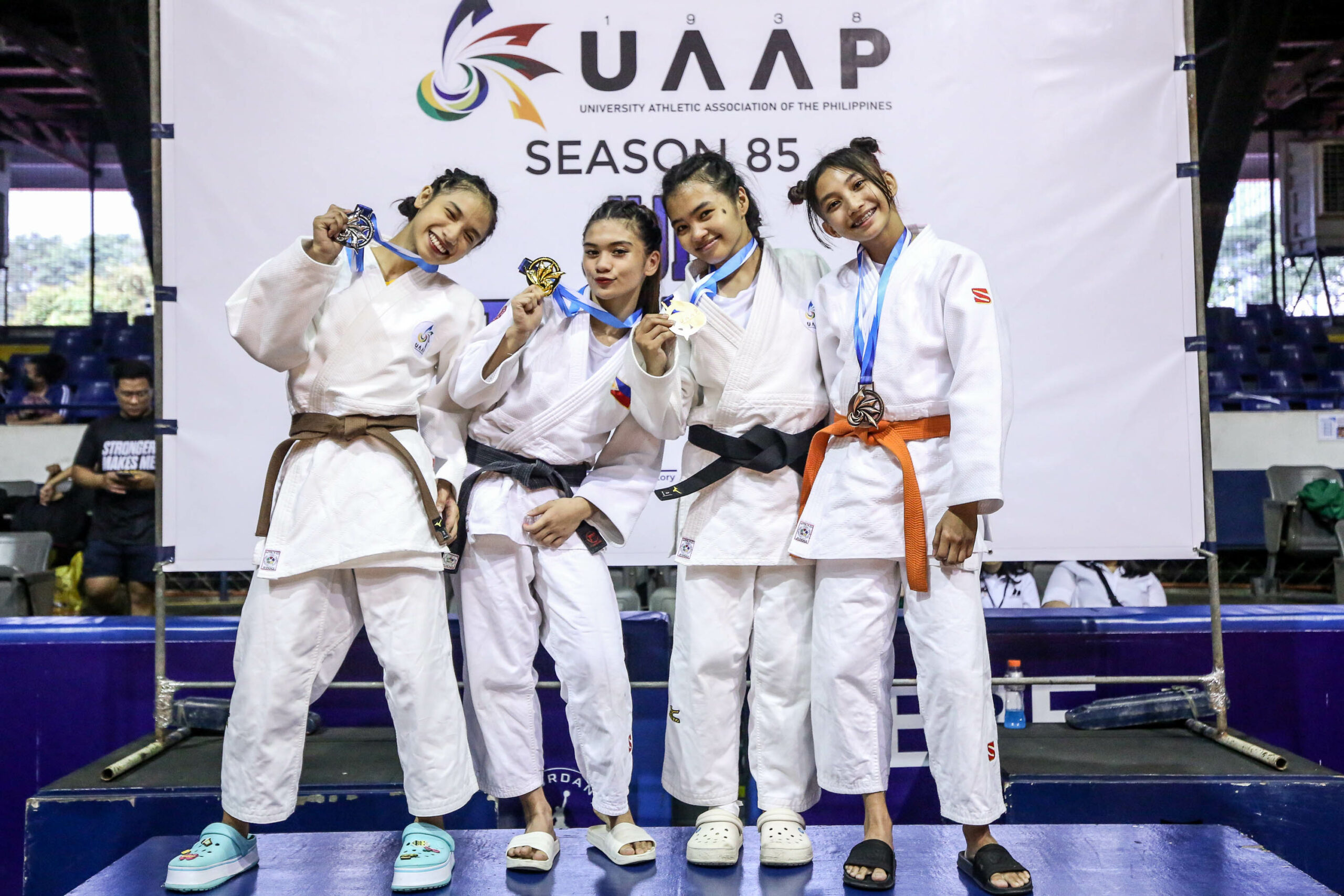 Seniors Leah Jhane Lopez and Joemari-Heart Rafael provided the two golds in the featherweight (under-44 kg.) and in the extra-lightweight (under-48 kg.) that boosted the reigning queens’ campaign. 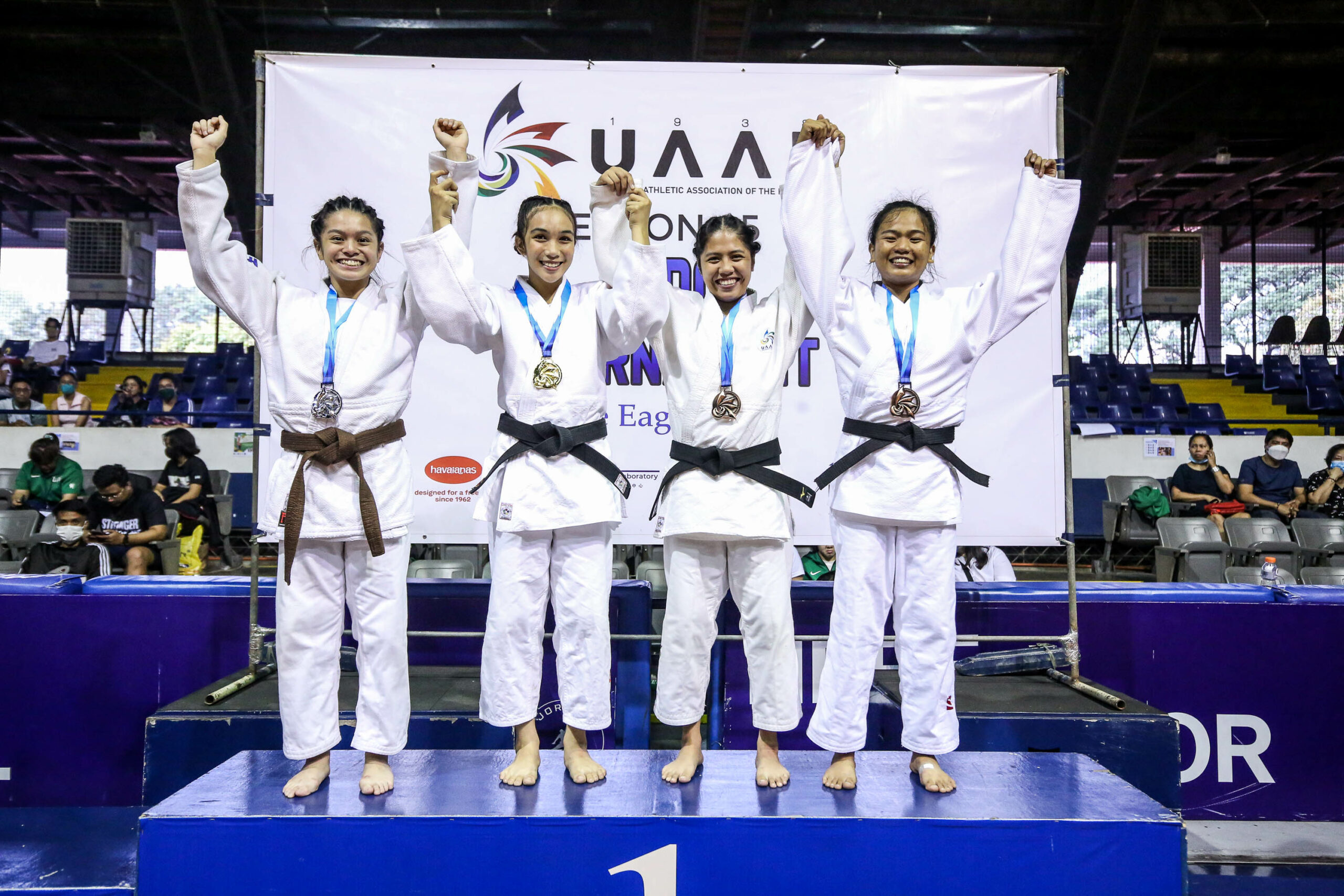 UE’s Princess Lintac and UST’s Vlessie Hisula bagged the bronzes in the featherweight class, while UP’s Jhanen Mae Marcos and UST’s Danica Barela took those from the extra-lightweight division. 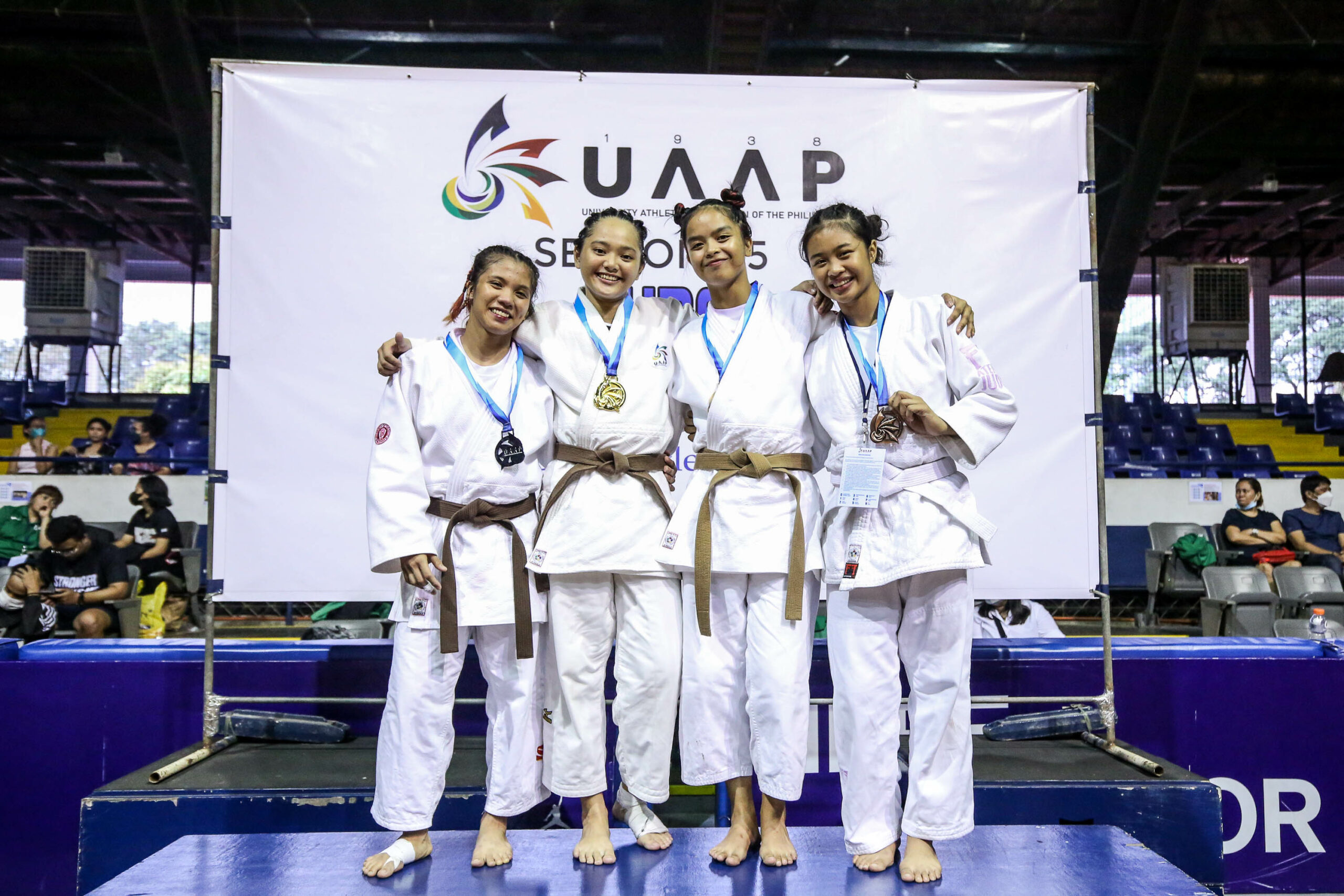 Princes Cortez took one gold for UST in the lightweight (under-57 kg.) to keep the Tiger Judokas in second with 13 points. Cortez denied UE’s Mylene Matias in the gold medal match, while Ateneo’s Rosanna Nolido and UE’s Krystanna Resente bagged the bronze medals. 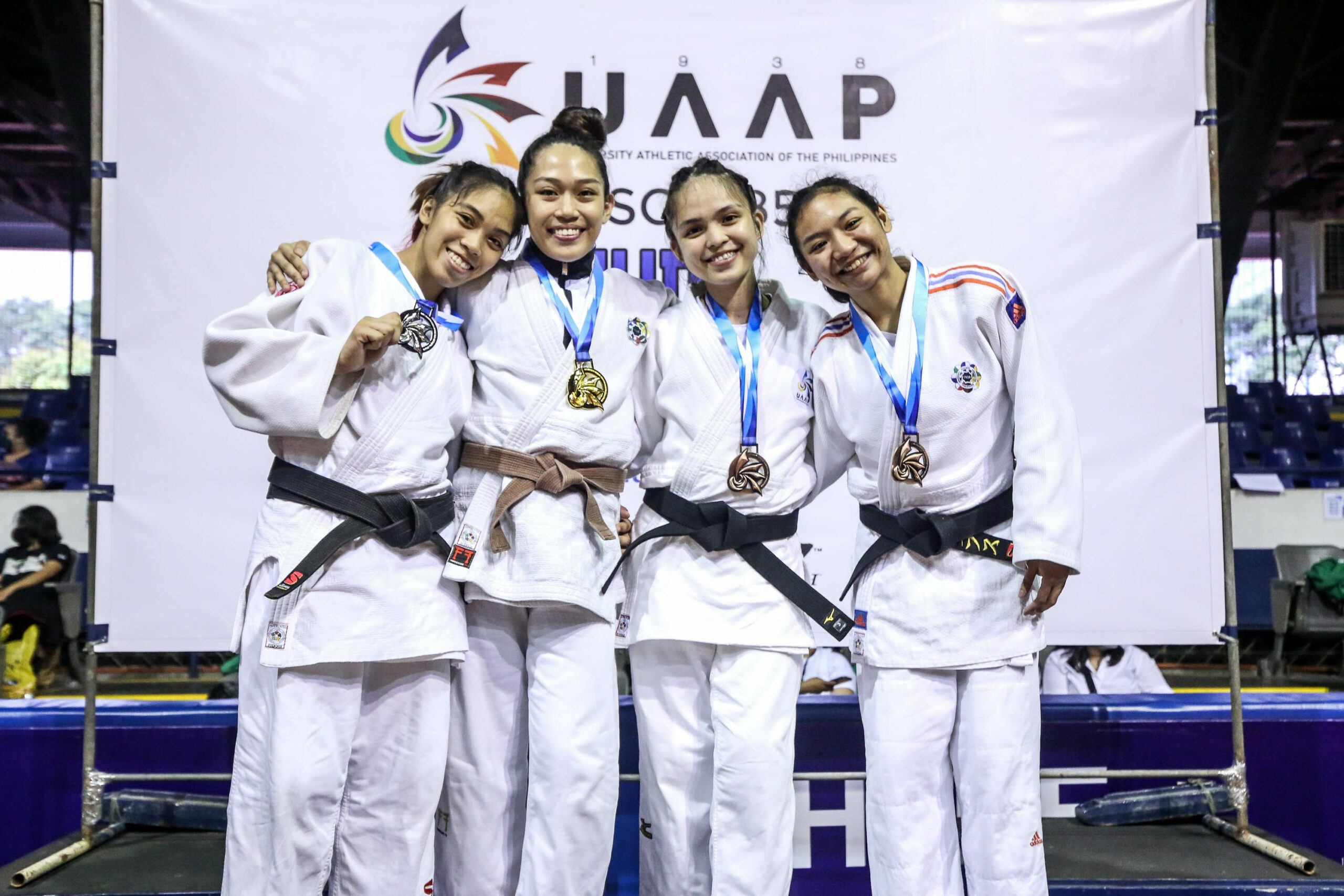 Ayessa Baloy paced the Fighting Maroons with the gold in the half-lightweight (under-52 kg.), putting the squad in third place with eight points. Baloy pulled off the stunner over UE’s Jewel Rafael in the final with a waza-ari doing enough for the win. Meanwhile, Faiza Asilum of UST and Roni Lapuz of Ateneo completed the winner’s circle.