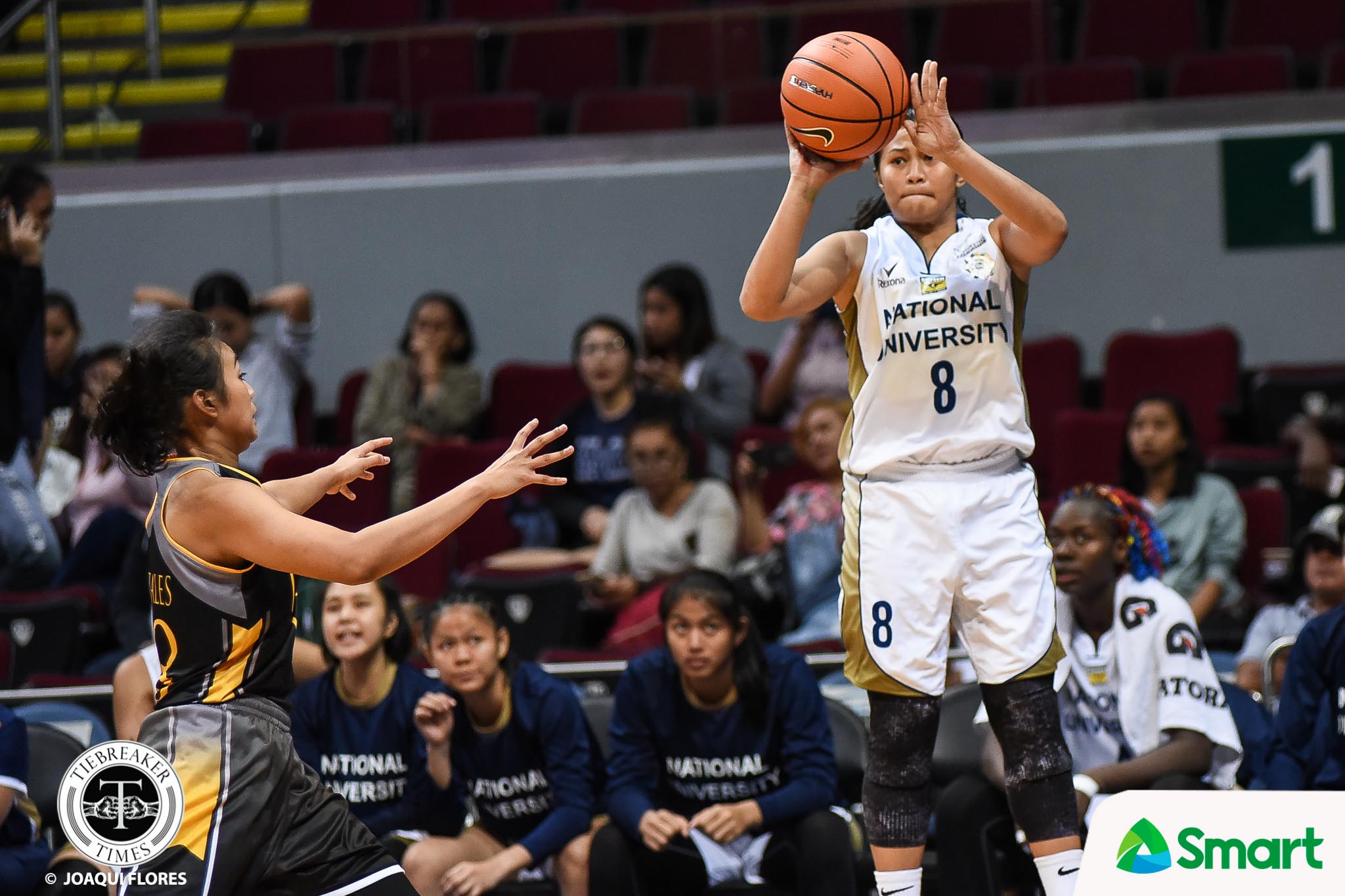 With this win, the Lady Bulldogs are just eight wins away from breaking the UAAP Seniors level-record for most consecutive wins. The record is held by the Adamson Lady Falcons (Softball).

But decorated head coach Patrick Aquino is not getting ahead of himself, as this game proved that they have to work in order to get that milestone.

“Actually, siguro more on gigil. They weren’t able to knock down their shots. Daming open triples. Two against twelve triples is a huge margin,” rued Aquino.

After a strong start that saw the Lady Bulldogs lead by as much as 16 points, 21-5, early in the second frame, the Tigresses stormed back with a huge 11-point second quarter explosion by fifth-year guard Loraine Capilit.

Relying on the hot hands of Ria Nabalan and the post presence of Jack Animam and Rhena Itesi, the Lady Bulldogs were able to limit the Tigresses in the third canto.

Nabalan finished with a game-high 26 points on 10-for-19 shooting. Moreover, she knocked down the only two triples of NU in the game.

The Tigresses tough had one last push in them. Errors by the Lady Bulldogs helped the Tigresses slice the lead down to as low as six points, 66-60, with 4:29 left after a Capilit triple.

Fortunately for NU, Rhena Itesi and new pickup Kaye Pingol were able to put up buckets late to seal off UST.

“I know we were able to control the boards but we have to be disciplined more on how we execute, play defense, and play together,” he added.

Pingol, a transferee from Adamson, finished with 10 points on 4-for-13 shooting in her debut.

“Maybe now that I realized that I relied more on the graduating students last year, we need the help of the new ones. We have six new players and they need time to play,” furthered Aquino as he played all 15 Lady Bulldogs in the game. “I have to adjust on my rotations, hoping that they deliver. They’re the best out of high school. I should use them.”

The Golden Tigresses did not have Sai Larosa for the game as she was serving a suspension for her part in the brawl that occured during Game Two of the UAAP Season 80 Women’s Basketball Semifinals.

NU will look to step closer to history when they take on the Adamson University Lady Falcons on Saturday, September 15, at 10:00am. UST, on the other hand, face the De La Salle University Lady Archers early in the day. Both games will take place at the SMART Araneta Coliseum.