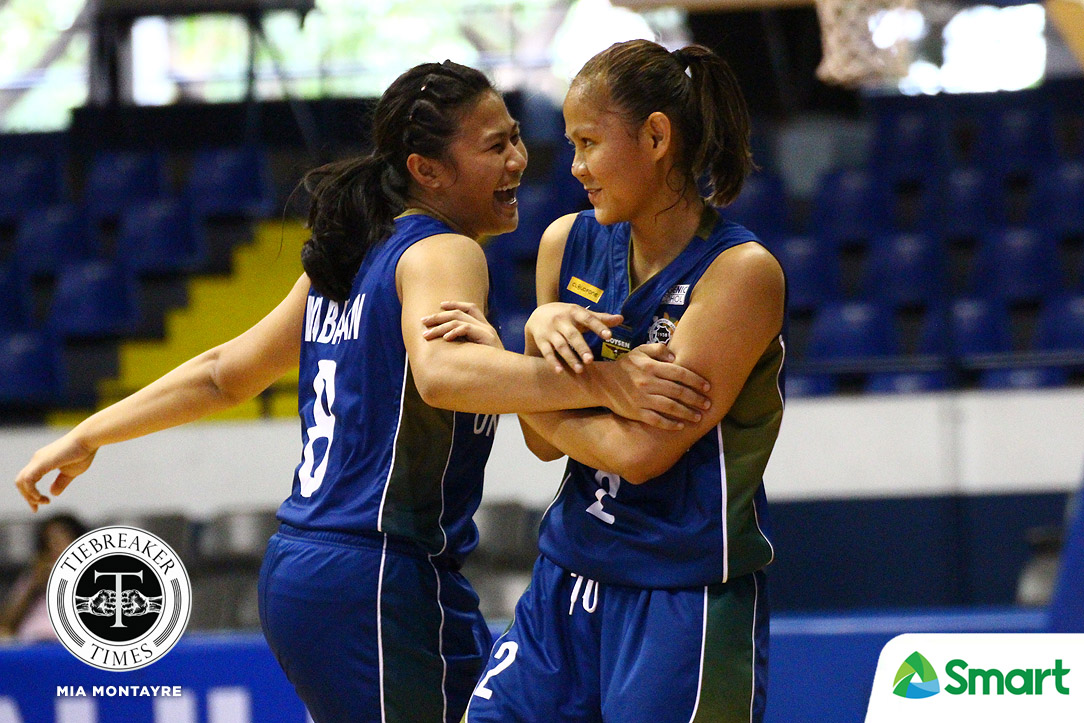 Facing the bottom-ranked team in the league, the National University Lady Bulldogs were able to utilize their entire arsenal, blasting the University of the Philippine Lady Maroons, 97-41, Tuesday morning at the Blue Eagle Gym in Quezon City.

“I have to give them time. I have six new ones. Five rookies and one transferee,” said Lady Bulldogs head coach Patrick Aquino as he fielded a starting five that featured rookies Melody Cac, Princess Fabruada, Jeeuel Bartolo, Gypsy Canuto, and Mayu Goto.

However, only Cac took advantage of the opportunity. Averaging just 1.9 points per game prior to this tiff, the standout from Chiang Kai Shek College tallied 17 points on an efficient 8-of-10 clip.

“The potential is not yet there but I hope the more games we play, they can make it up and show why they’re here in NU,” added Aquino.

Still, it was the twin tower combination of Rhena Itesi and Jack Animam who sparked the second quarter pull-away. Animam and Itesi combined for 13 of NU’s 32-point second quarter while limiting UP to just seven points, to gain a comfortable cushion by halftime.

The domination continued in the second half, as the Lady Bulldogs would lead by as much as 56 points as Cac still scored in the dying seconds of the game.

Animam, the reigning Most Valuable Player, tallied 15 points and 12 rebounds, while Itesi had 10 points, eight rebounds, and two swats.

This is NU’s 77th straight win; they are now just one win away from their fifth straight elimination round sweep.

If there was one negative Aquino could find in the game, it was their horrid free throw shooting, as they missed 20 of their 36 attempts from the foul stripe.

“I can’t find any words for how awful our free throws were. That’s twenty missed free throws,” he rued. “But again I give credit to them because they got back on defense and they way they played defense was very good.”

UP, who lost their 29th straight contest, were led by Lou Ordoveza’s 11 points.

NU look to finish off their elimination round campaign with win number 78 when they face the Far Eastern University Lady Tamaraws on Friday, November 16, at the Filoil Flying V Centre. UP, on the other hand, hope to snap their skid when they take on the University of the East Lady Warriors on the same day.