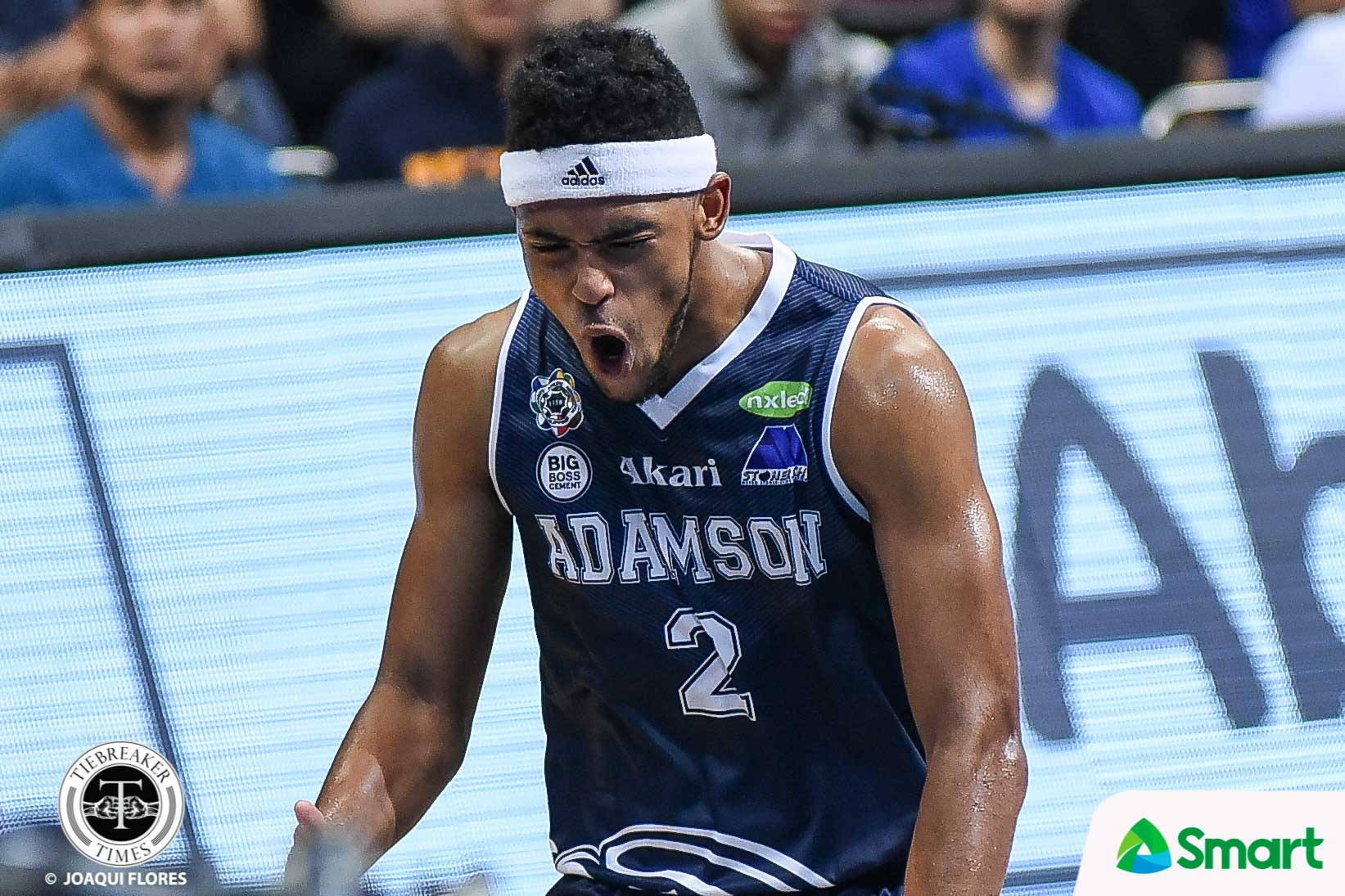 Who said that the defending champions are a cut above the rest?

The Adamson University Soaring Falcons scored a shocker over the Ateneo de Manila University Blue Eagles, taking a 74-70 win to close out opening weekend at the SM Mall of Asia Arena.

“Of course, kudos to my coaching staff. They did a great job. And also to the players for following the instruction,” said third-year Soaring Falcons head coach Franz Pumaren.

“I don’t know if Ateneo was too complacent today. We lost to them badly last summer,” added Pumaren, as the Blue Eagles blew out the Soaring Falcons in the BBI Finals, 77-58.

This is Pumaren’s second win over Ateneo since returning to the UAAP last 2016.

Surprisingly, the Blue Eagles played catch up to the Soaring Falcons for most of the game – even trailing 59-51 with 8:37 left.

“Coach has been preparing us a lot and preparing us really well for the game. They’ve been scouting Ateneo for the last few months. I’m glad we came out with a win,” recalled Ahanmisi, who had 23 points – including a highlight-reel buzzer-beater to cap an 11-0 run to close out the first half.

But the Blue Eagles were a tough bunch to crack.

Back-to-back and-one plays by William Navarro and Matt Nieto sparked a 10-2 run to knot things up at 71-all. And it was just the start for Nieto, as he single-handedly tried to will the Blue Eagles by himself.

Nieto scored 12 of his 21 points in the final frame alone.

“When they were making a run, I kept telling the players na Ateneo will make their run, we just have to hang on. The goal was to let the game be close,” Pumaren added.

With 1:01 left, Thirdy Ravena, who was limited to just seven points on 3-for-12 shooting, scored a putback dunk to knot things up at 70-all. Papi Sarr answered right back with his own rendition of a putback to give the edge back to Adamson.

“I thought that that was our last chance. I just went hard to the basket,” recalled Sarr, who had eight points and nine rebounds in the game.

It was an uncharacteristic game for the Blue Eagles – a team that preaches discipline – as the team shot just 28 percent from the field, 8-for-35 from distance. Moreover, Ateneo committed 19 errors that led to 17 Adamson points.

Adamson will next face the De La Salle University Green Archers on Saturday, September 15. Ateneo, on the other hand, look to bounce back when they take on neighbors University of the Philippines Fighting Maroons on Wednesday, September 12.