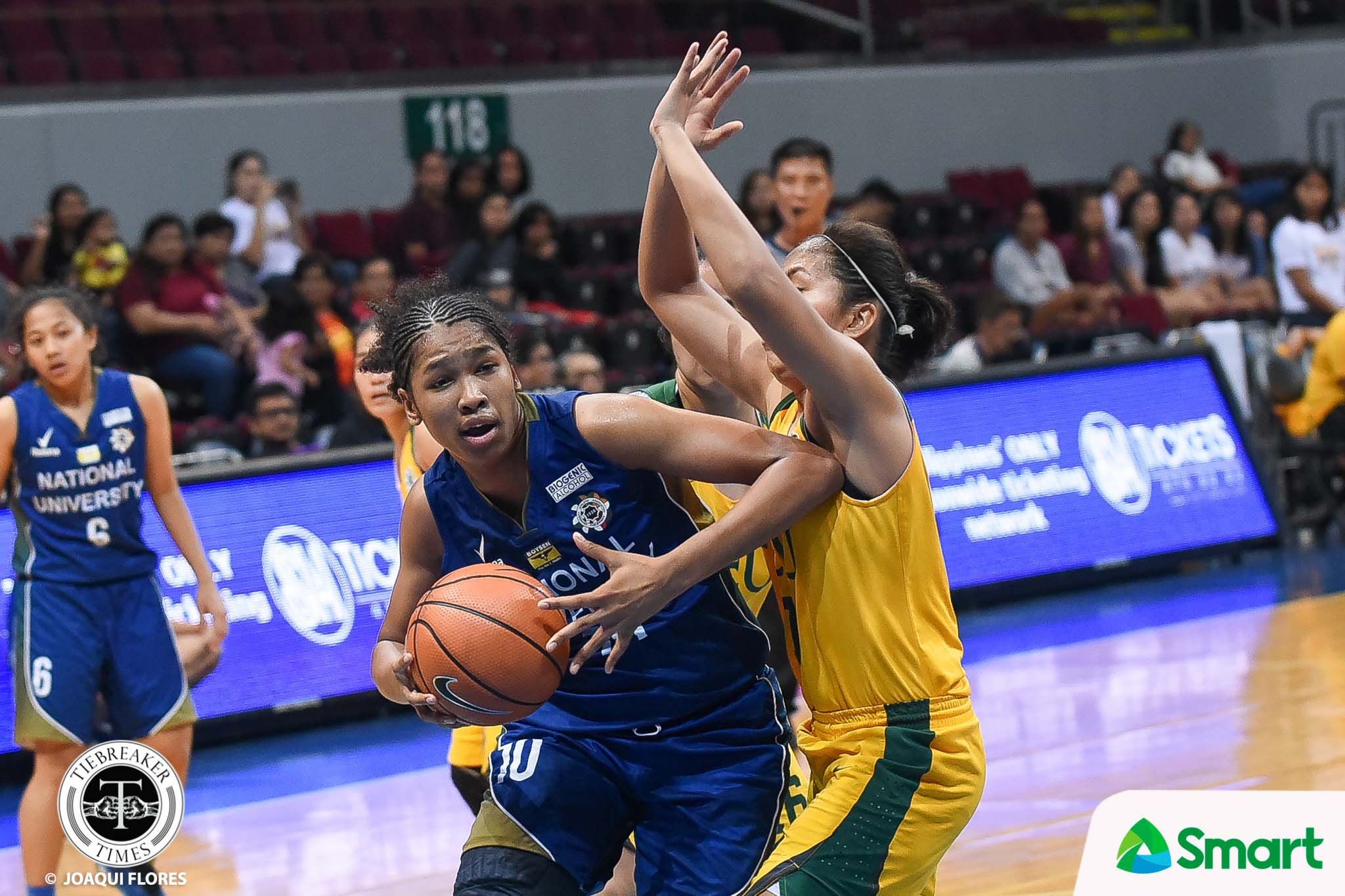 The eagerly anticipated clash between the UAAP Season 81 Women’s Basketball Tournament’s top two teams ended up being a whitewash.

It was the Lady Bulldogs’ 71st straight win in the competition — two wins away from tying the record of the Adamson Lady Falcons (Softball) for the longest winning streak in the UAAP Seniors Division. The result leaves NU on top of the standings at 7-0 while FEU now shares second place with De La Salle University with identical 5-2 records.

Any chance of a Lady Tamaraws upset was dashed right from tip-off. The Lady Bulldogs raced to a 22-6 cushion by the end of the first quarter and simply coasted from that point onwards. Much was expected from FEU center Clare Castro but she was shacked by NU’s twin towers Jack Animam and Rhena Itesi.

“We played good defense on (Castro). The bigs played good defense on (the Lady Tamaraws)… actually lahat sila. They played their role and did what they were supposed to do. I’m just happy we had a good defensive day today with the (guards) also,” commented NU coach Patrick Aquino as Castro was limited to just seven points on 3-of-9 shooting and four rebounds.

NU then went on lead as much as much as 41 points when Ria Nabalan’s charities provided NU a 70-29 lead at the 1:54 mark of the third period.

Nabalan took the cudgels for NU with 18 points, five rebounds and seven assists while Animam flirted with a double-double thanks to her 15 points and nine rebounds. Kaye Pingol also had another fine game for the Lady Bulldogs with 10 points.

Jeanne Camelo and Mikka Cacho had nine points each together with five assists for the latter. Lastly, Itesi helped the NU cause with eight poitns and four rebounds.

Compared to their previous games, Aquino was pleased with his players’ shooting from beyond the arc. The Lady Bulldogs shot 40 percent from downtown and produced 42 perimeter points compared to the Lady Tamaraws’ 20 percent and 16 markers.

There is still no word as to who NU (7-0) and FEU (5-2) will face to kickstart their respective second round campaigns.