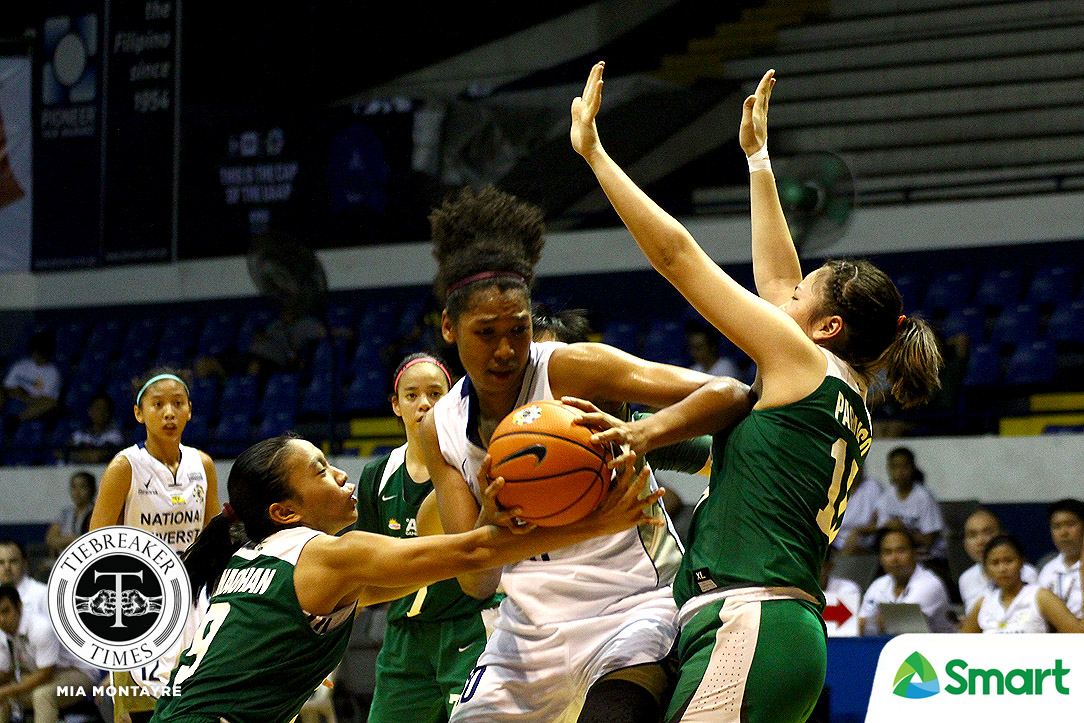 The National University Lady Bulldogs demonstrated why they are the four-time defending champions.

“Well again, La Salle was prepared,” commented Aquino. “That’s what I’m telling the girls na we should always be prepared or more so kasi lahat (ng teams) want to take away the win from us. It’s a good sign that we got it covered. They’ll learn from it and again the shooting woes continue and the thing is we have to be prepared more on everything.”

It was a seesaw contest right from tipoff and the Lady Bulldogs only achieved some separation from the Lady Archers deep in the fourth quarter. After Bernice Paraiso’s basket brought La Salle within 60-61 from NU, Ria Nabalan and Kaye Pingol scored four unanswered points to hand the latter a 65-60 edge with only 3:26 remaining in the game.

Bettina Binaohan and Camille Claro combined to bring La Salle closer at 64-67 with 2:17 left, only for Itesi and Animam to retaliate with consecutive markers to extend NU’s lead at 71-64 in the game’s final stages.

La Salle had no answer for NU’s sucker punch and Monique Del Carmen’s free throws right at the end of the game sealed the Lady Bulldogs victory.

NU dominated the boards with 63 rebounds from which 33 came at the offensive end. These in turn led to 28 second chance points for NU as La Salle only came up with 53, 19 and 12 respectively.

Aquino added that he felt his players’ maturity was the key for them down the stretch. “They had to really know what to do and I give credit to them… Sa palagay ko they did everything to empower themselves to finish the game and get the win again.”

Ana Castillo paced the Lady Archers with 13 points while Paraiso, Claro and Binaohan all followed suit with 11 points.

NU (3-0) will next face the University of the Philippines at 1:00 PM while La Salle (2-1) plays Far Eastern University earlier at 11:00 AM. The Blue Eagle Gym in Quezon City will host both games on September 30.