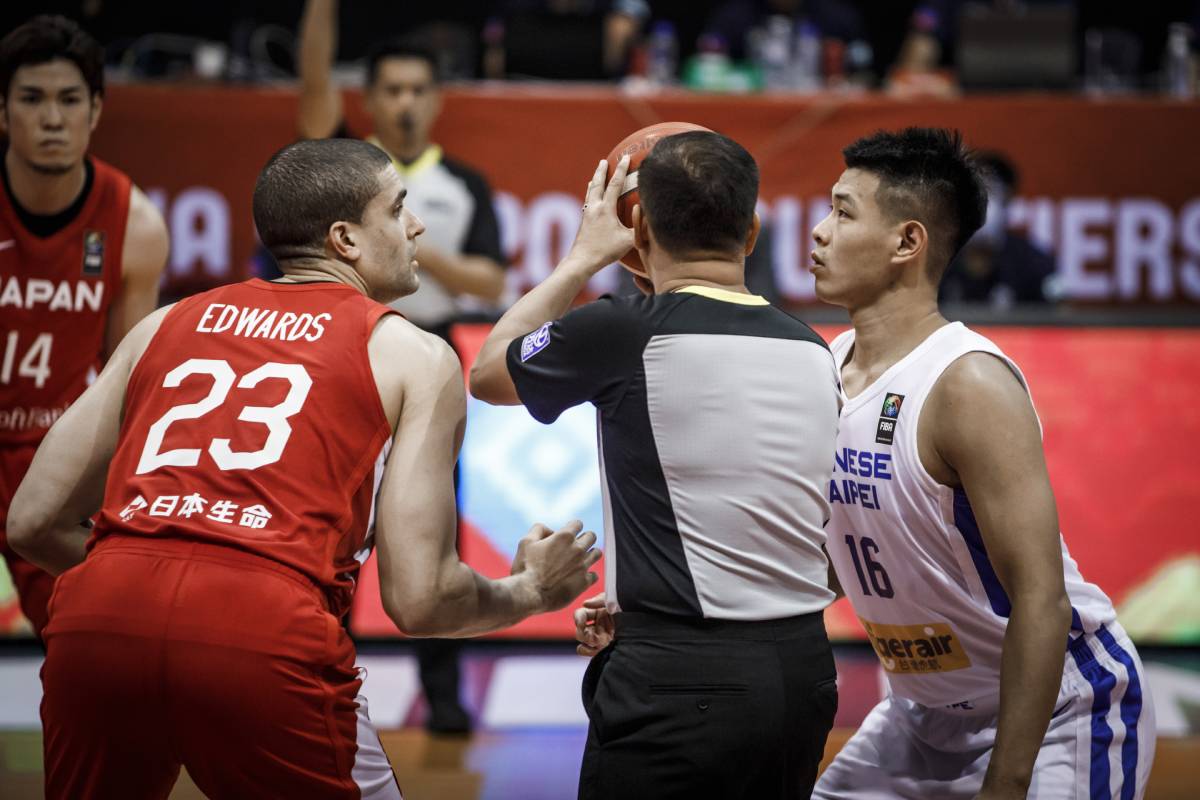 Gavin Edwards atoned for his foul-plagued debut as he powered Japan to a 37-point waylaying of Chinese Taipei, 98-61, in the 2021 FIBA Asia Cup Qualifiers, Friday at the AUF Sports and Cultural Center in Pampanga.

The naturalized forward finished with 21 points on 8-of-13 shooting from the field, along with six assists and four rebounds. And he finally proved his worth after an eight-point outing in their 57-66 loss to China last Wednesday.

Edwards — who was just granted Japanese citizenship earlier this year — came out aggressive right from the jump. He scored nine points in the first quarter alone to spearhead the Akatsuki Five’s blazing 14-0 start into the match.

The opposition then knocked within just three, 30-33, with 4:37 remaining in the second quarter. But Edwards contributed significantly in his side’s 19-8 assault, giving them a comfortable 52-38 advantage at the half.

It was all Japan from then on, keeping its mastery of the Taiwanese. It also handed the same team a harsh 96-57 beatdown in the Qualifiers’ opening window back in February of last year, at the Taipei Heping Basketball Gymnasium.

“Most important for us today is that we get the qualification for the Asia Cup in Jakarta,” offered coach Julio Lamas as Japan improved to 2-1 in Group B.

National team mainstay Makoto Hiejima also made his presence felt in the victory with 15 markers on perfect 5-of-5 shooting. He also went 3-of-3 from beyond the arc, all during that second quarter blitz.

Meanwhile, Kosuke Kanamaru made 14 points on four triples. Avi Schafer chimed in a double-double performance with 10 markers and 11 caroms.

Japan will look to avenge its opening day loss to China as it wraps up its Clark bubble campaign on Saturday, June 19, at 2:30 p.m.

“For us, the most important thing is to get the qualification, and we have a very good challenge for us in China,” said Lamas.

The Akatsuki Five also have their sights set on the Tokyo Olympics in July.

On the other hand, Ku Mao Wei Chia was the lone double-digit scorer for Chinese Taipei with 11 points. The young crew suffered another blowout loss after absorbing a 66-115 bludgeoning from China barely 24 hours ago.