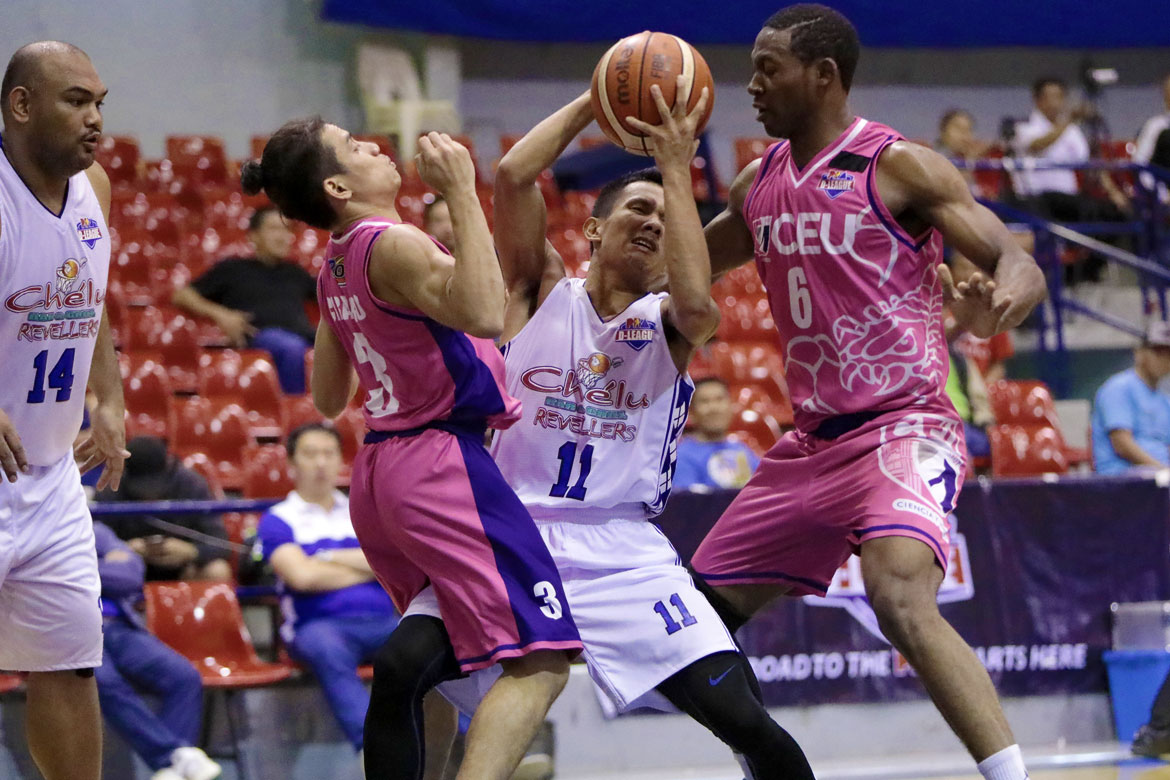 Though he has experienced a lot of lows, Jeff Viernes is sticking to the highs.

Coming off a stint in the Thailand Basketball Super Legue, the pint-sized gunslinger quickly turned heads, playing outstanding basketball for the Che’Lu-San Sebastian Revellers during the Aspirants Cup. And he quickly caught the attention of multiple scouts — including the Globalport Batang Pier.

After leading the Revellers to the Finals, the 28-year-old guard was signed by the Batang Pier, making him miss the Aspirants Cup Finals.

But his high would only last for two games.

When Globalport signed defensive specialist Paolo Javelona last May 8, it came at the expense of Viernes, who had to be let go.

Instead of sulking, Viernes decided to move on. He had unfinished business to attend to.

Unlike last conference however, Viernes’ load will be much bigger. Che’Lu struggled to field in a complete team in the off-season, as most of the aspirants and former league veterans decided to join the Maharlika Pilipinas Basketball League instead.

But Viernes chose to stick with the team that gave him an opportunity.

However, the lack of familiarity within the hastily-formed club team showed in their opening game, as Che’Lu were easily disposed of by the CEU Scorpions, 78-94.

Still, Viernes remains unperturbed, vowing that they will be back in the D-League Finals.