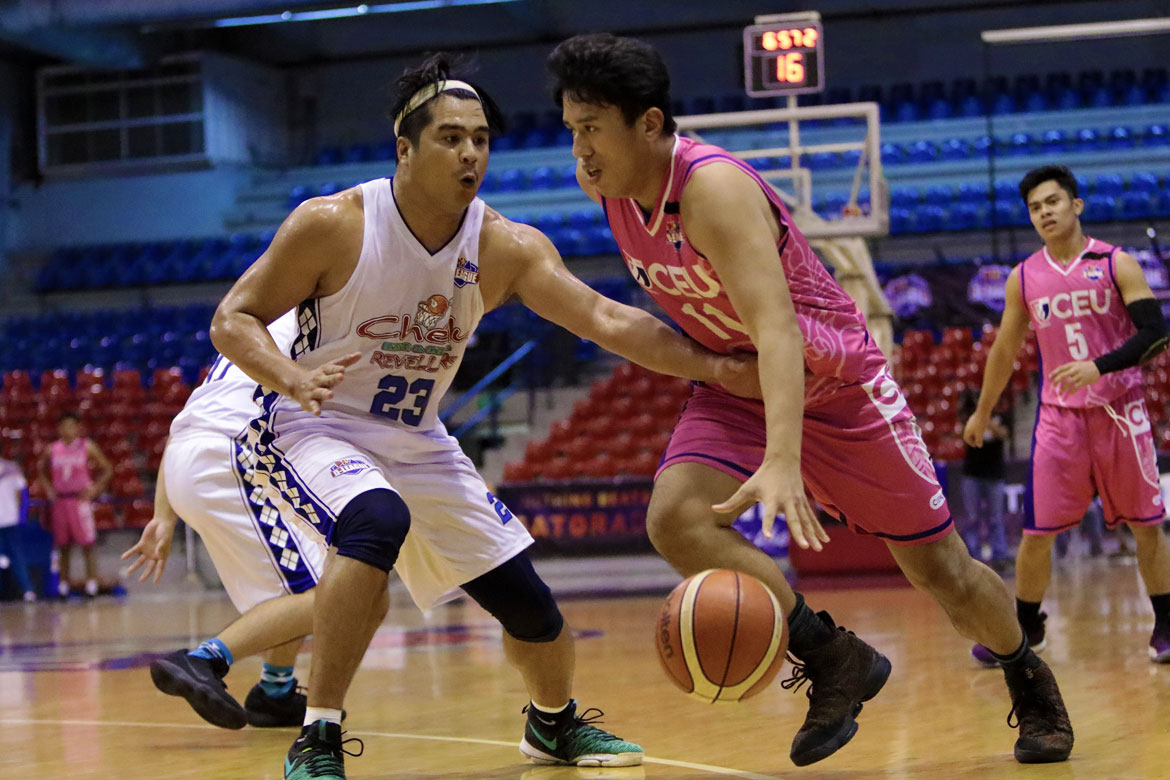 The Centro Escolar University Scorpions started their new era on a good note, walloping the Che’Lu Bar and Grill Revellers, 94-78, Thursday in the 2018 PBA D-League Foundation Cup at Ynares Sports Arena in Pasig.

Cameroonian center Gilles Oloume contributed a double-double in the tune of his 12 points and 13 boards to give new coach Derrick Pumaren his first W in the developmental league.

“We’re running the same system. We just want to put a little more twist,” he said. “I had them for two days lang kasi unexpected resignation ni coach Yong (Garcia). But I’m proud with the boys with how they played today.”

CEU turned a tight 41-36 halftime affair to a 67-52 blowout as its 26-point explosion in the frame was enough to blow away the Revellers into smithereens.

The Scorpions also took full advantage of their youth with Pumaren making the most of their bench and amassed 50 bench points.