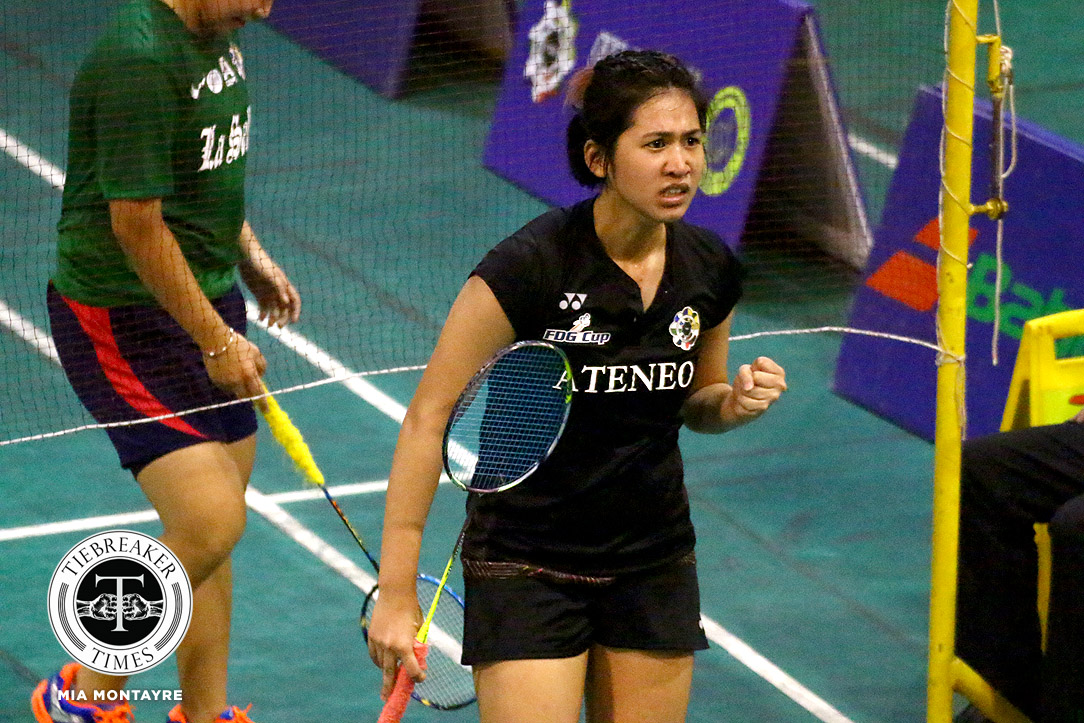 With just five players in their roster, the Ateneo de Manila University Lady Eagles showed that their ‘no pressure’ mantra will produce results as they led the Day 2 winners in the UAAP Season 80 Women’s Badminton tournament, Thursday afternoon at the Rizal Memorial Badminton Hall.

Going into the match, the women from Loyola Heights went with composed mindset. Team captain Samantha Ramos said, “First of all, we had no pressure on us. All we had to do was play to really give our all. We did not give added pressure to our teammates. All of us just wanted to, as much as possible, give something for the team.”

And they did just that.

Season 79 Rookie of the Year Chanelle Lunod opened the day, pulling the rug from under reigning Most Valuable Player Nicole Albo in a thrilling three-set first singles match. But rookie Kanna Baba also weaved her own version of a stunner, taking down Ramos in yet another three-setter.

Back on Court 3, the duo from Taft in Iyah Sevilla and Albo let two match points slip as Lunod and Geva De Vera snagged the second game. An awkward fall in the third game from Lunod caused a momentary halt to the proceedings, with La Salle in the lead. The third-year Atenean tried to fight on, but her limited mobility and the opponents’ advantage was too much to overcome as the Lady Green Shuttlers eventually won.

Nonetheless, playing inspired, the sophomores Alyssa Roxas and Bea Felizardo equalized the tie in dominant fashion. The two second-year upstarts blew Lindsay Tercias and Baba in the second doubles match in the tie’s lone two-setter, setting up a deciding match between De Vera and Sevilla.

#ReadMore  Paul Desiderio does it all to extend UP career

Sevilla took the opening set with relative ease, but De Vera had other plans. Down two match points, the latter stole the second game to force a deciding third game.

Up big, De Vera suffered the same fate as Lunod, stumbling after backpedaling for the shuttle. Nonetheless, the former national juniors standout soldiered on, playing it one point at a time to eventually complete the comeback for the Blue and White and deal the defending champions La Salle a loss on the latter’s first tie back. 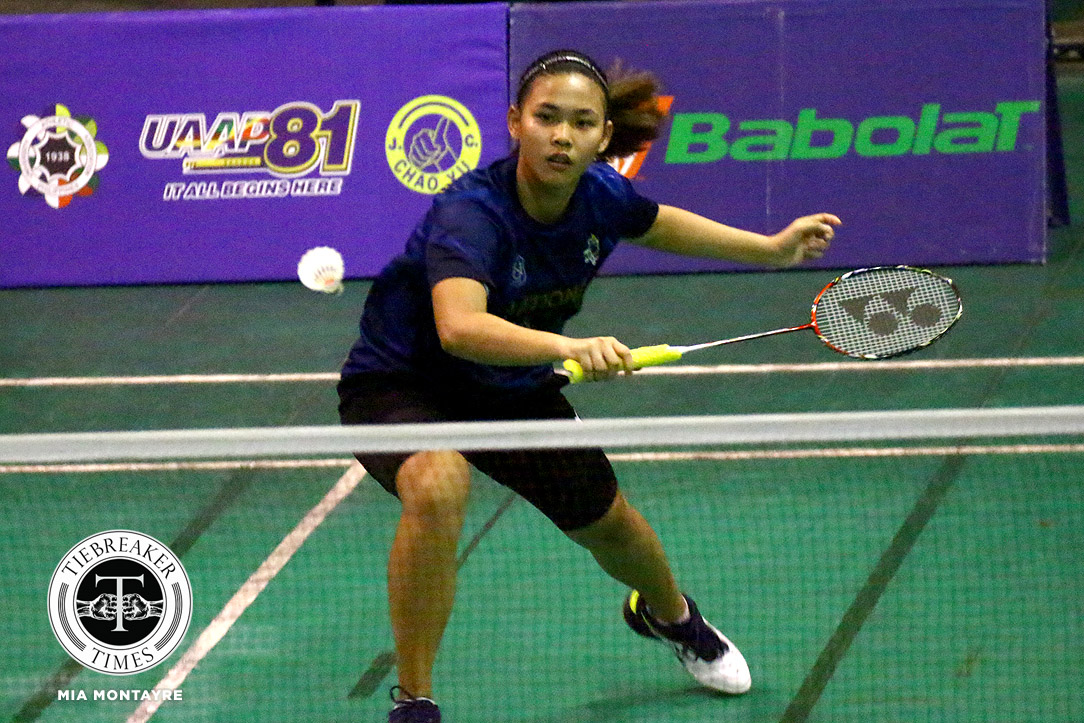 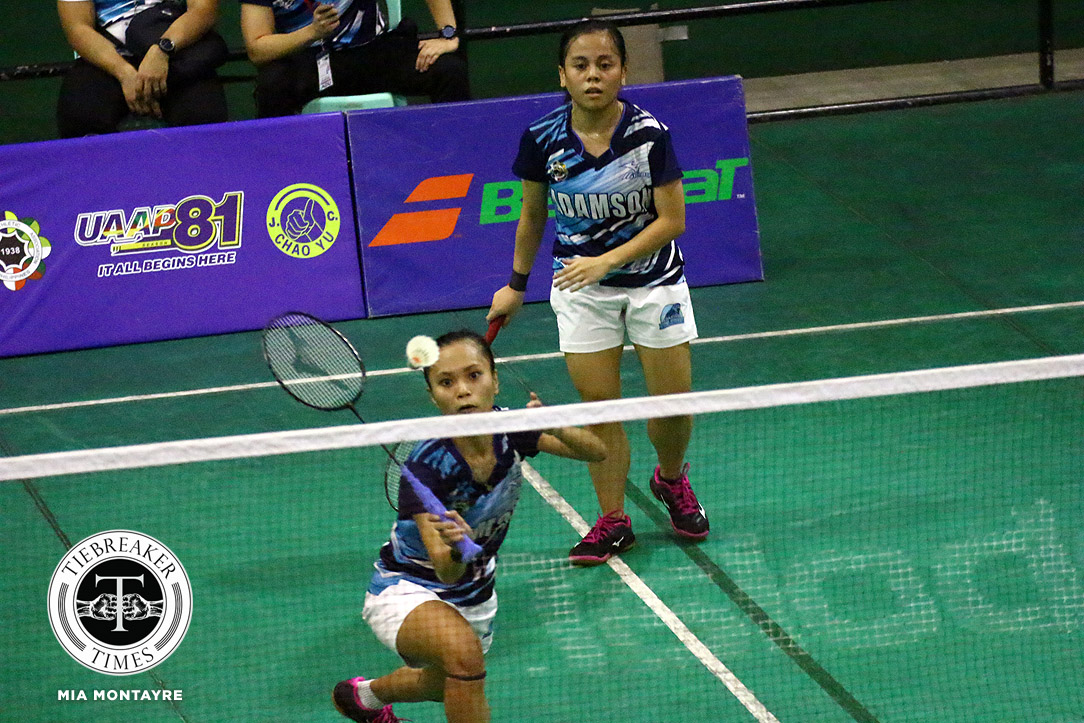 The Lady Falcons bounced back big time after their narrow loss to the Lady Bulldogs, led by graduating seniors Clydel Pada and Mikaela Aquino.

The former opened the day with a 2-0 win over Laville Laborte before the two secured the tie with a likewise sweep of Kessara Palot and Jalynne Chua in the first doubles match. Aquino then closed the tie with another two-setter of Erycka Labay.