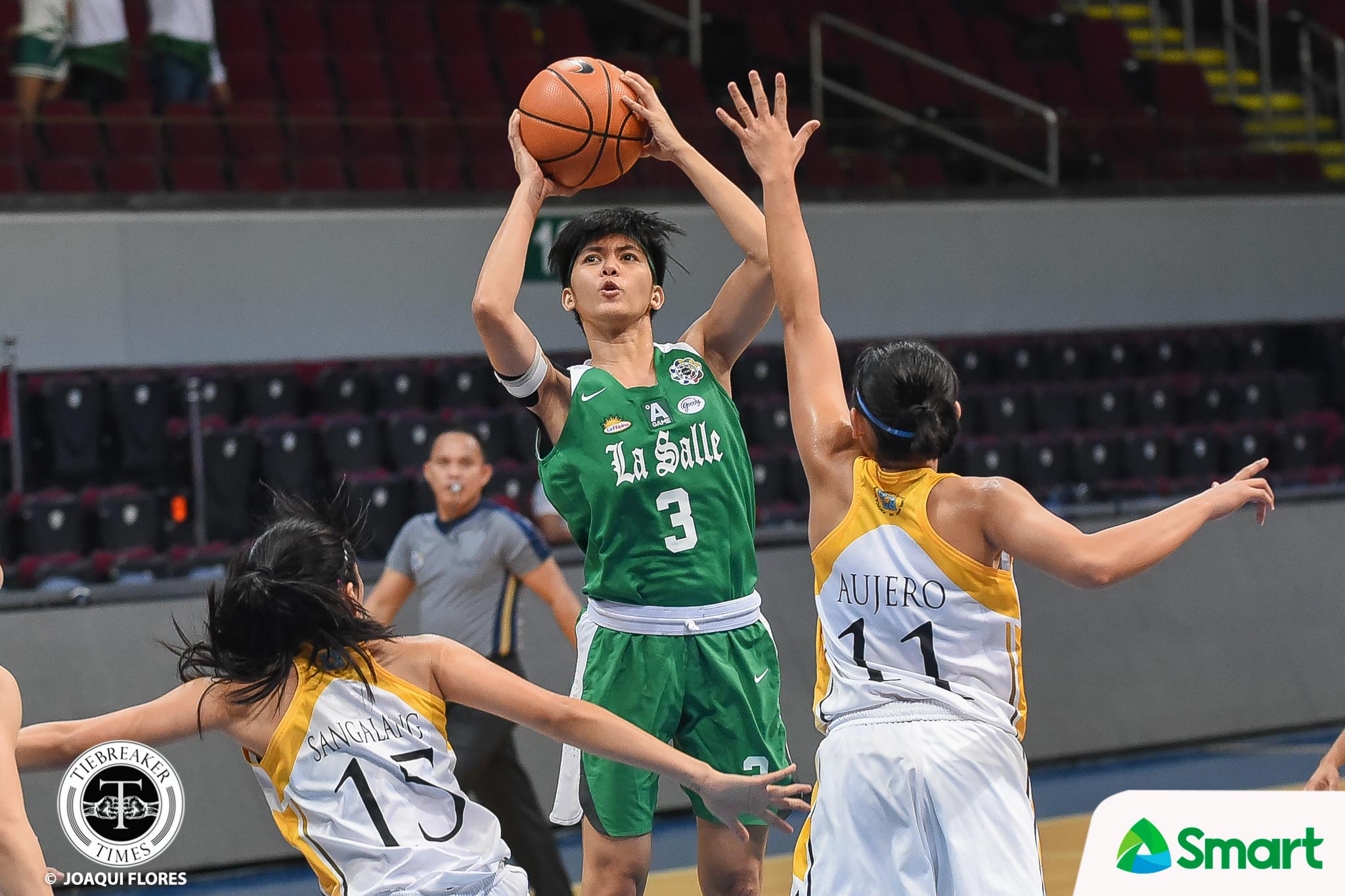 Facing a team that has won its last three games by a wide margin of 48.67 points per game, all La Salle head coach Cholo Villanueva asked from his players is to show more effort compared to what they showed against the Lady Tamaraws.

“Again, it’s a good character win for us. Yung FEU game was our own fault, not giving the effort against a very strong team,” said Villanueva. “It’s a good bounce back win for us because we worked hard for it.”

One of the Lady Archers who heeded the call was rookie Angel Quingco. The Agusan-native tallied 13 points while grabbing 21 rebounds in the contest.

“She gives a different dimension from us. From the previous years, our problem has been rebounding,” Villanueva remarked about his rookie who is averaging 12.0 rebounds per game. “With her, she gives us extra second chance points, extra possessions for us, and fewer possessions for the other team.”

Quingco, together with Charmaine Torres, provided that spark La Salle needed in the final frame. Down by two with 8:23 left, Quingco sparked a 15-0 run that was capped by a Torres lay-up with 4:23 remaining to give La Salle a 64-51 edge.

Torres added 11 points. Bennette Revillosa and Khate Castillo chipped in nine markers each while combining for 12 boards. Steering the wheel was Camille Claro, who had five points and seven assists.

Tin Capilit tried to will UST back, knocking down two triples in a 9-2 spurt. But Lauryn del Ocampo was there to knock down a cold-blooded triple that served as a dagger.

With the win, La Salle and UST are now knotted in the standings with twin 3-2 slates — good for third and fourth.

Besides picking up their offense, La Salle also locked down Sai Larosa. Larosa, who is averaging 11.4 points, 10.4 rebounds, 2.4 assists, 1.6 steals, and 1.1 blocks, was limited to just eight points on 3-for-14 shooting.

“Wala naman. It was just a different effort from the previous game,” disclosed Villanueva if he had a special game plan for Larosa. “From the start, we jumped the gun on them. It dictated the game. They made a run but the good thing is we had a late run as well.”

Grace Irebu’s 23-point, 18-rebound outing went for naught as UST shot just 30 percent from the field in the game.

La Salle will next face the UP Lady Maroons on Saturday, October 6 at 9:00am. This will be followed by UST’s tilt against the FEU Tamaraws. The games will be played at the SMART Araneta Coliseum.