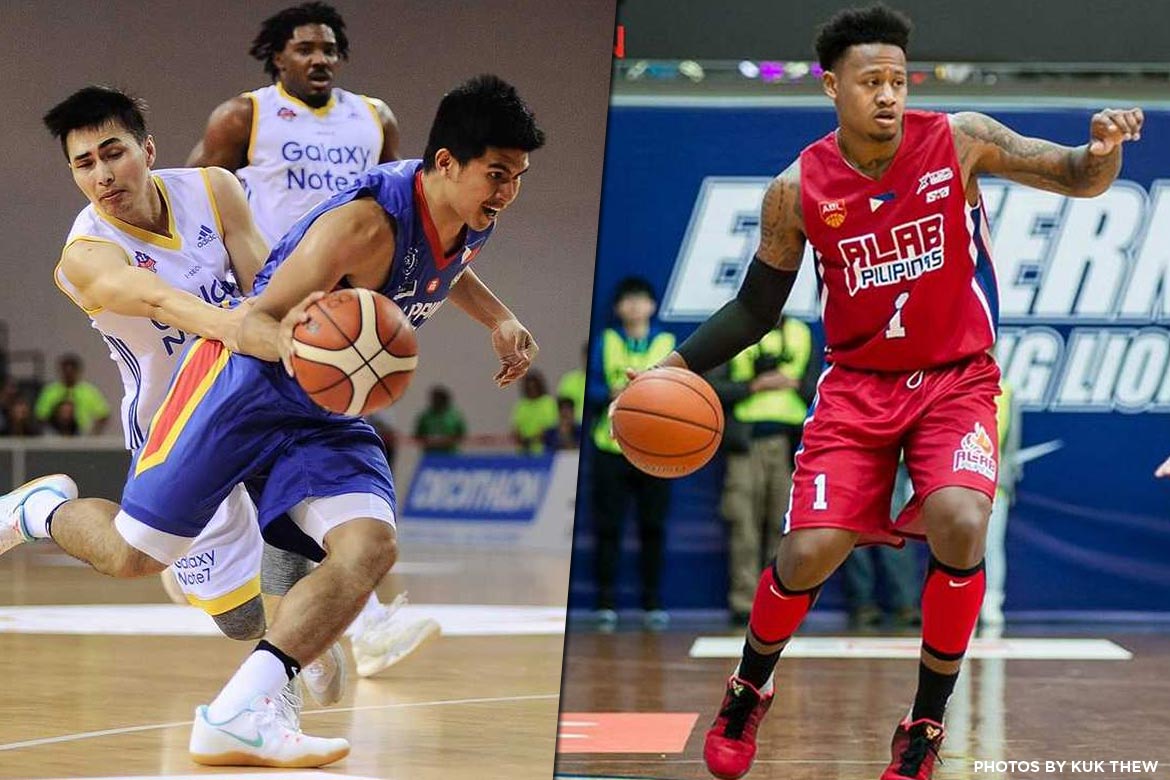 The dream backcourt is set to become a reality

Unbeknownst to many, Kiefer Ravena had been heavily recruited by the National University Bulldogs back in 2011. If Ravena had committed to NU instead of the Ateneo de Manila University, he would have formed a formidable tandem with Bobby Ray Parks Jr. that could have won multiple UAAP crowns.

This dream backcourt tandem is set to become a reality on Sunday, April 2m as the 6-foot shooting guard will make his debut when Alab Pilipinas take on the Singapore Slingers in the 2016-17 ABL Semifinals.

But with the Philippine-based club team having played together since November, Ravena, an alpha male himself, knows that he should be the one to adjust to his new club team.

“Siguro, sabi ko nga, ako yung bago dito. I have to be the one adjusting, not them adjusting to me.

“You got shooters like sila Kuya Val [Acuna], Robi [Celiz], JR [Cawaling], I played against them in the UAAP. You got Ray, you got two imports who are very versatile, we have James [Hughes] and Sam [Carter], we got leaders in Paulo [Hubalde], Jens [Knuttel], and Jeric [Fortuna], and capable role players as well. Buo naman yung team eh,” Ravena furthered.

And for Ravena, playing with Parks Jr. once again is something that he looks forward to. The two former UAAP MVPs have struck gold twice in the Southeast Asian Games (2011, 2013) and won the 2015 SEABA Championship. An ABL crown will add to their already-impressive resume.

“[Last time] we won that championship in Singapore, so it’s gonna be nice to be back and play with him in Singapore again, and hopefully, get Game 1 because that’s the most important thing,” the three-time SEA Games gold medalist shared.

“We want to come back here in Manila, play in front of a crowd with an advantage and use that advantage to propel ourselves to the next stage of the playoffs.”

For head coach Mac Cuan, the experience the two upstarts have with playing each other will only bring good things for Alab.

“Anytime you add Kiefer Ravena to your team, you’re always happy and you like your chances. We just have to do a good job locking in mentally.”