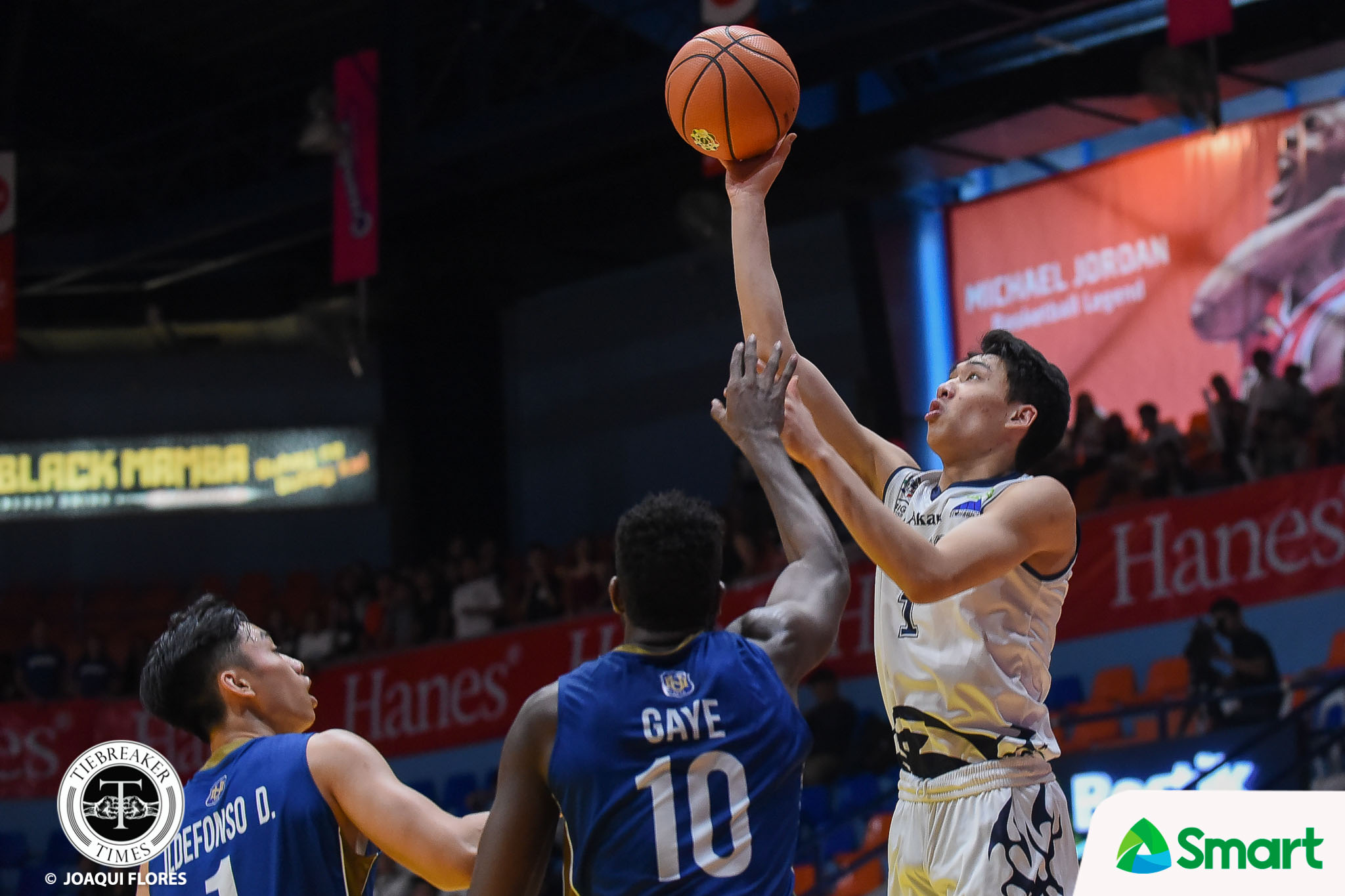 In a grind-out affair, the Adamson University Soaring Falcons were able to gut out a 63-58 victory over the National University Bulldogs, Saturday afternoon at the Filoil Flying V Centre.

Adamson remain perfect with a 5-0 slate, while dealing NU their third straight loss. The Bulldogs fall to 1-3.

And Franz Pumaren was first to admit that the Bulldogs gave them a run for their money.

“Basically like what I anticipated, in the game against UP, coming from a bad game they really played hard, same thing with NU,” said the third-year Soaring Falcons head coach said.

“They had a one week game preparation for us and I anticipated that they’ll be coming out strong,” he added.

With NU slicing a once 14-point lead down to just four early in the final frame, the Soaring Falcons found an unlikely spark in Simon Camacho.

Camacho scored all eight of his points to start the final frame to give Adamson a 10-point edge, 51-41.

But, needing a victory, the Bulldogs gave a last fightback.

“We’re just lucky that we survived that ambush,” reflected the multi-titled mentor. “We made a lot of mistakes, we made it difficult on our part. I guess we’re in this position because our defense were keeping us afloat.”

The trio of Dave Ildefonso, John Galinato, and Enzo Joson slowly chipped into the lead. With a minute remaining, back-to-back baskets by Reggie Morido and Ildefonso cut the lead to three. A basket by Papi Sarr and a split on the stripe by Sean Manganti extended Adamson’s cushion once against to six, but a triple by Ildefonso gave NU hope. However, that was the last gasp for the spiraling Bulldogs, as Manganti’s freebies with 14 ticks left proved to be the dagger.

Manganti was finally able to string together back-to-back commendable outings, finishing with 14 markers. Sarr tallied a double-double with 11 points and 10 rebounds, while Ahanmisi added 11 markers as well.

Ildefonso paced NU with 14 points but shot just 6-for-16 from the field. Rike was the anchor with eight points and 11 boards.

Adamson look to continue their streak when they face the Far Eastern University Tamaraws on Sunday, October 7, at the SMART-Araneta Coliseum. NU, on the other hand, take on the same opponent on Wednesday, October 3, at the SM Mall of Asia Arena.

After four games, Jamike Jarin can finally say: ‘This is the most I enjoyed coaching them’

TY Tang left lost after loss to EAC: ‘I think it’s the mindset we have now’