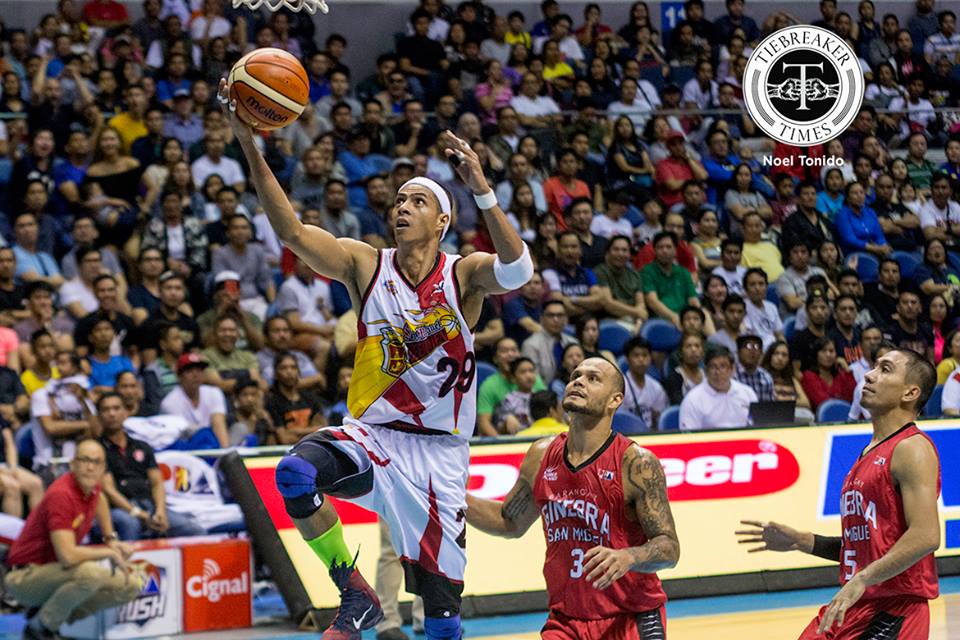 In San Miguel’s case on Sunday night, it was the late-game bravery of veteran forward Arwind Santos that propelled them over rivals Barangay Ginebra, 72-70.

During the game’s final stretch, the Barangay wiped out a ten-point deficit down to just two points, 72-70, after big baskets by LA Tenorio and Joe Devance with 51.9 ticks left.

Alex Cabagnot tried to seal the deal for San Miguel. However, both of his attempts missed their target, giving Ginebra a glimmer of hope of completing a comeback.

But luckily for the Beermen, the lanky Santos was there when needed the most.

In both of Cabagnot’s missed shots, the six-foot-four Santos took advantage of Ginebra’s slow reaction in positioning, allowing him to secure the crucial loose balls mid-air.

San Miguel were lucky to escape the tight affair, and it was all because of the two straight rebounds that the all-star forward garnered.

But for Santos, who finished with a double-double of 10 points and 12 boards, his performance is just a result of pure grit.

And despite the remarkable performance he had, Santos was quick to credit his team’s cohesion for tonight’s victory, which marks their sixth win in a row.

Now that San Miguel are already assured of a slot in the playoffs, all that Santos wishes is for them to stay hungry in piling up wins.