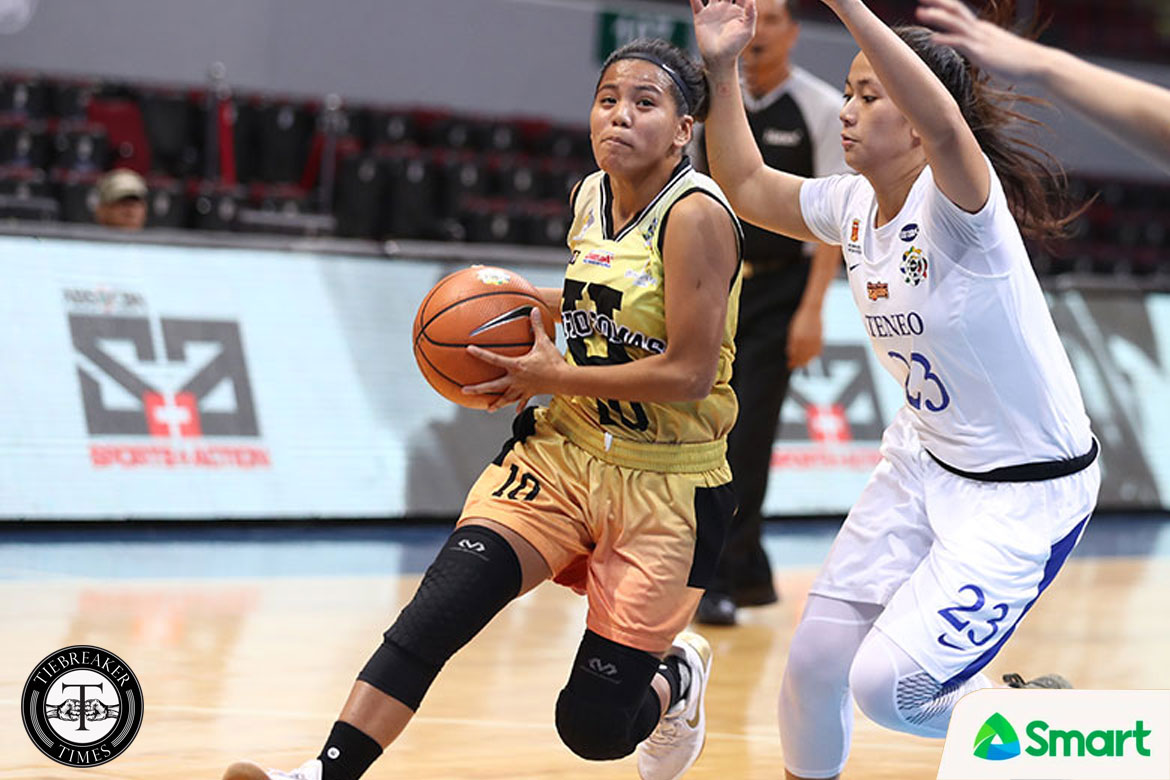 After missing out on the Final Four a season ago, Jhenn Angeles made sure that the University of Santo Tomas would book their post-season spot early, leading the Growling Tigresses to a 67-50 romping of the Ateneo de Manila University Lady Eagles, Wednesday morning at the SM Mall of Asia Arena in Pasay City.

With an 8-2 record, UST became the second team to make it to the playoffs. More importantly, this was a morale-boosting vitory for the Growling Tigresses after they had absorbed a 62-66 loss to the UE Lady Warriors last Sunday.

“I’m happy for the girls, at least they bounced back from our loss to UE. Our goal now, dahil pasok na kami sa Final Four, is to stay at number two and gain the twice-to-beat advantage,” said second-year UST head coach Haydee Ong.

Angeles, who was elbowed last Sunday, vented her ire on the Lady Eagles with a huge second quarter explosion. She outscored Ateneo by herself 15-10 during that quarter.

The Growling Tigresses would lead by as much as 25 points, 58-33, after an 11-0 run that bridged the third and fourth quarter. The run was capped by an easy Sai Larosa layup with 9:46 remaining.

Larosa tallied a double-double with 15 points and 13 rebounds to go along with three steals. Kikay Gandalla chipped in 13 markers on an efficient 5-for-7 shooting.

#ReadMore  Jackson Acuna, UST hold off UP for second win

After dropping 14 points against La Salle last Sunday, Jollina Go was limited to just five points on 1-for-10 shooting.

UST will next face the University of the Philippines Lady Maroons on Sunday, October 29, at 8:00am. Ateneo, on the other hand, will have defending champions National University Lady Bulldogs next on Saturday, October 28 at 10:00am.