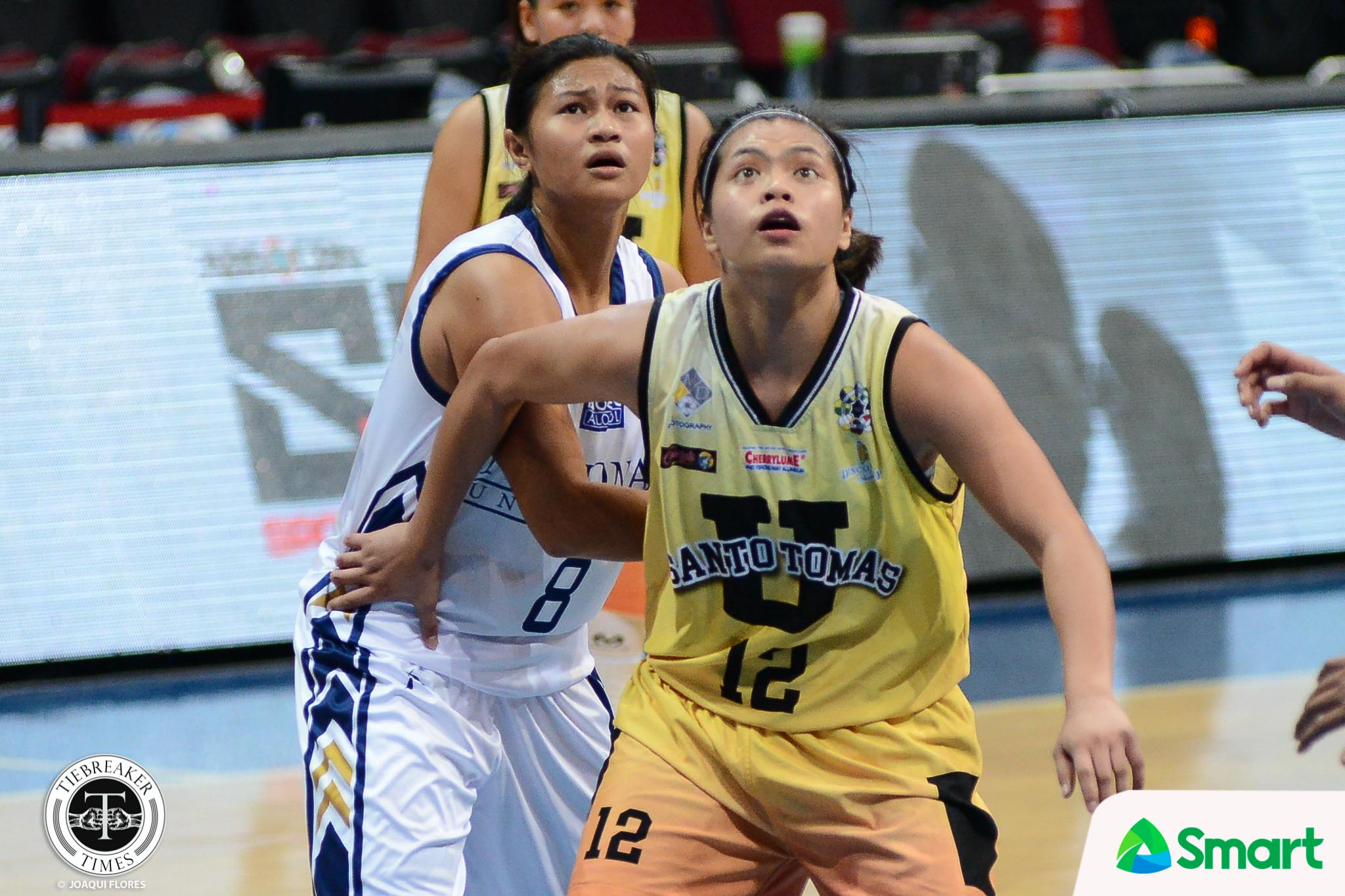 The domination of the UAAP Season 80 Women’s Basketball Tournament continues for the National University Lady Bulldogs, as they routed the University of Santo Tomas Growling Tigresses 95-65 today at the SM Mall of Asia Arena.

Trixie Antiquera led the Lady Bulldogs with 27 points, 18 of which came in the second quarter, while Ria Nabalan flirted with a triple-double as she produced 17 points, 11 rebounds, and nine assists.

Jack Animam provided 23 points and 18 rebounds, while Rhena Itesi had 13 points and 10 rebounds for the Lady Bulldogs cause.

UST tried to hang on in the contest when Ruby Tortillo banked a trey which cut the deficit to 57-66 early in the fourth quarter.

From that moment, NU went on a rampage with a 29-8 run started by Je Anne Camelo’s trey. Whether it was due to the interior presence of Itesi and Animam, or the outside shooting of Nabalan and company, the Growling Tigresses had no answer for the Lady Bulldogs’ dominance.

“The players just settled down. I told them in the halftime that they’re rushing things too much trying to create for themselves but again it has to be teamwork in the end for a team like this,”’commented NU mentor Pat Aquino.

It was in the final second of the game that the Lady Bulldogs got their biggest lead of the ballgam, as Antiquera’s three made the scoreline read 95-65 to hand NU their third win of the season and 51st consecutive victory.

NU had 42 inside points, 43 perimeter markers, 46 boards and 26 assists, which dwarfed UST’s 28, 31, 31 and 16 respectively. Anjel Anies led UST with 18 points, while Bets Peñaflor and Jem Angeles also chipped in 14 and 13. Sai Larosa got 13 rebounds for the Growling Tigresses.

“Without the shooters like Antiquera, (UST) won’t be opening up on the inside that’s why we need to have that all the time. Again kailangan group kami bago lahat-lahat ito,” concluded Aquino.

The defending champions (3-0) shall next face Adamson University on September 24, 10:00 AM, while UST (2-1) will play a day earlier against Far Eastern University at 10:00 AM. Both games are to be played at the SM MOA Arena.