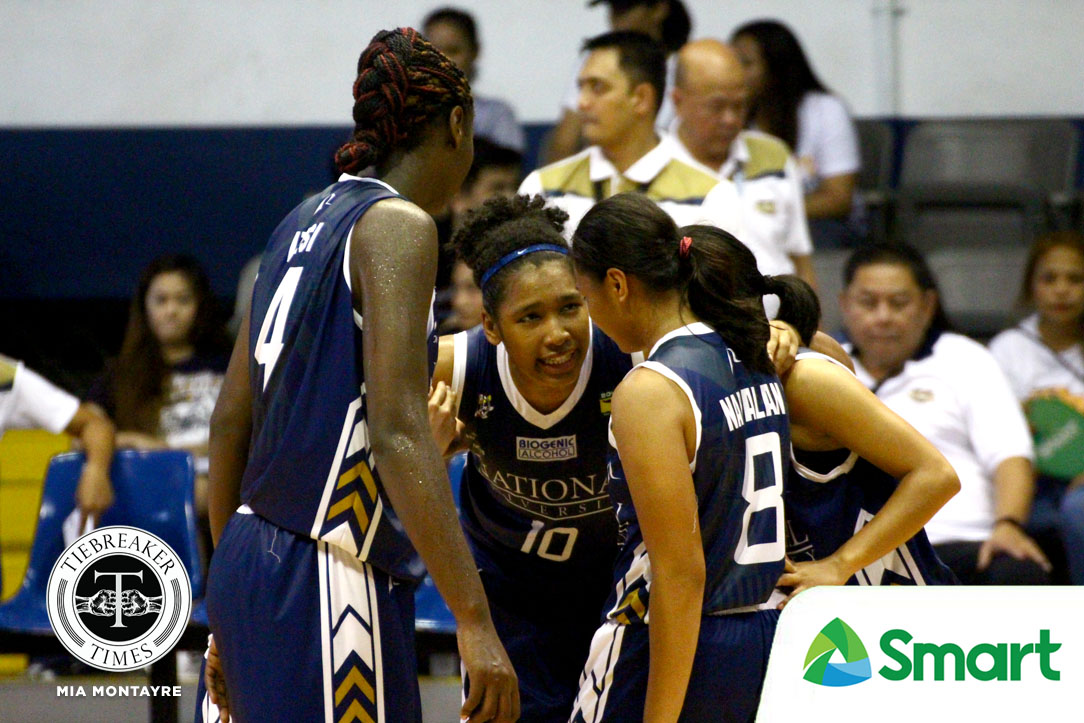 Not even a bad shooting day from downtown could deny the National University Bulldogs a win in the UAAP Season 80 Women’s Basketball Tournament.

The Lady Bulldogs only sunk four treys out of 21 attempts, but they still proved to be too strong as they prevailed 71-48 against the Far Eastern University Lady Tamaraws today at the Smart Araneta Coliseum in Quezon City.

“We have to make that point we will be hitting outside shots,” the multi-titled mentor added.

Ria Nabalan led NU with 15 points, while Rhena Itesi and Jack Animam came up with double-doubles once again with 14 points and 14 rebounds and 11 points and 23 rebounds. Janet Sison also provided 10 points for the Lady Bulldogs.

Up 53-42 after three quarters, NU finally got the lead they wanted after a 14-3 run capped off by Nabalan’s five unanswered points gave the Lady Bulldogs a 67-45 advantage with just 4:23 left in the game.

The Jhocson school made up for its poor perimeter shooting with its rebounding and inside points. The Lady Bulldogs mastered the boards with 53 which led to 40 inside points compared to the Lady Tamaraws’ 36 and 26.

#ReadMore  Greg Slaughter puts in the work, in best shape of career

“It’s (Animam and Itesi’s) job to do that. I don’t think that they’re not capable of doing it but they’re really working hard for all those stats that they make,” added Aquino.

NU (5-0) goes for their sixth win of the season against the Ateneo de Manila University on September 30, 10:00 AM, while FEU (2-3) will look to bounce back versus the University of the Philippines on October 1, 8:00 AM. Both games will be held at Araneta.