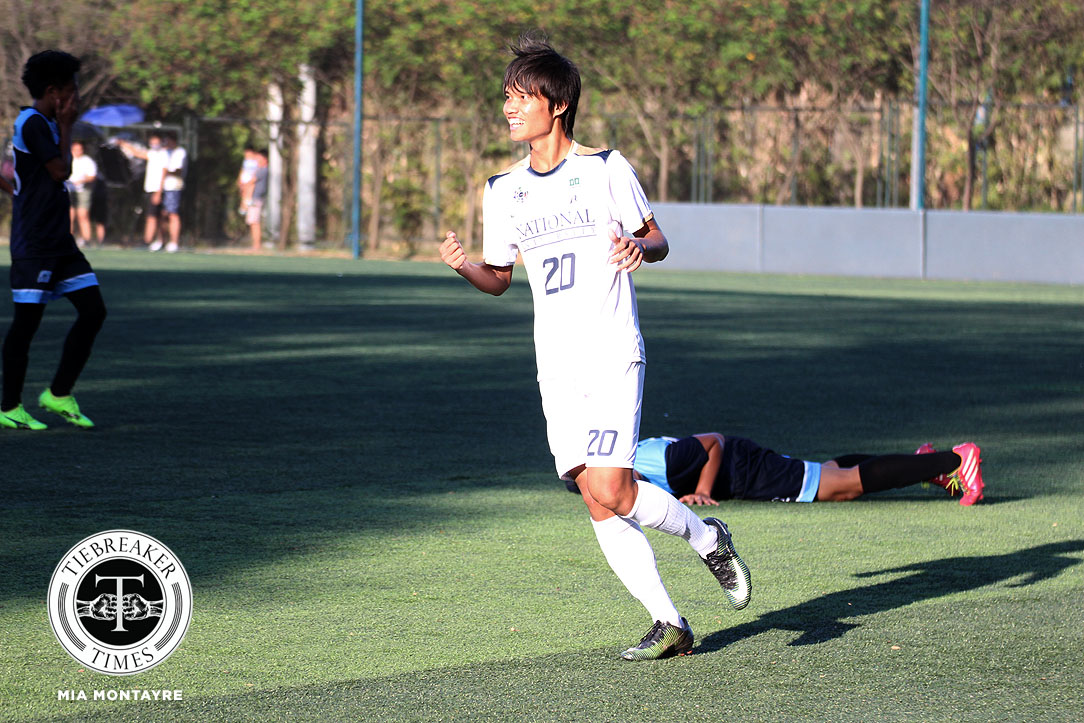 Every point counts in the race to enter the Final Four

The National University Bulldogs made up for lost ground in the UAAP Season 80 Men’s Football Tournament with a 4-0 victory against the Adamson University Soaring Falcons, Sunday afternoon at the Far Eastern University-Diliman field.

“At least coming from a loss, maganda naman (ang resulta) no,” said NU coach Br. Mari Aberasturi. “We’ll be facing UP on Thursday so gamitin itong win to build up for the UP game.”

The Bulldogs raced to a two-goal lead in the first half thanks to Lawrence Colina. Colina slotted home a penalty after eight minutes of play, as a handball was spotted beforehand. The veteran forward then got his second goal of the game in the 33rd minute, when he eluded a lax NU defense.

Colina wasn’t done yet, as he shot past Adamson goalkeeper Carl Viray seven minutes after the restart to grant NU a commanding 3-0 lead. The Bulldogs had as good as secured all three points over the Soaring Falcons by then, as the latter struggled to come up with any sort of offense.

“Nag-try lang tayo ng tactical adjustment sa team. We’re still trying to get the best combination of players. In the previous games, we let (Colina) start late to end strong. This time around we start him early to start strong. We’ll build on that and do the same tactical adjustment against UP,” explained Aberasturi.

Ultimately, NU coasted to their fourth win of the season, as the Bulldogs recovered from their narrow 0-1 loss at the hands of the Ateneo de Manila University Blue Eagles last March 8. The win allows NU to leapfrog the De La Salle University to 4th place in the standings.

While the Bulldogs and the Green Archers have 13 points each, the former’s superior goal difference allows them to stay in the last Final Four slot. On the other hand, Adamson have yet to register a single point this season.

NU shall look to build on this win against the University of the Philippines on March 18, 8:00 AM. As for Adamson, they will look upset Ateneo de Manila University, three days earlier, 8:00 AM. The Rizal Memorial Stadium in Manila will host the two fixtures.