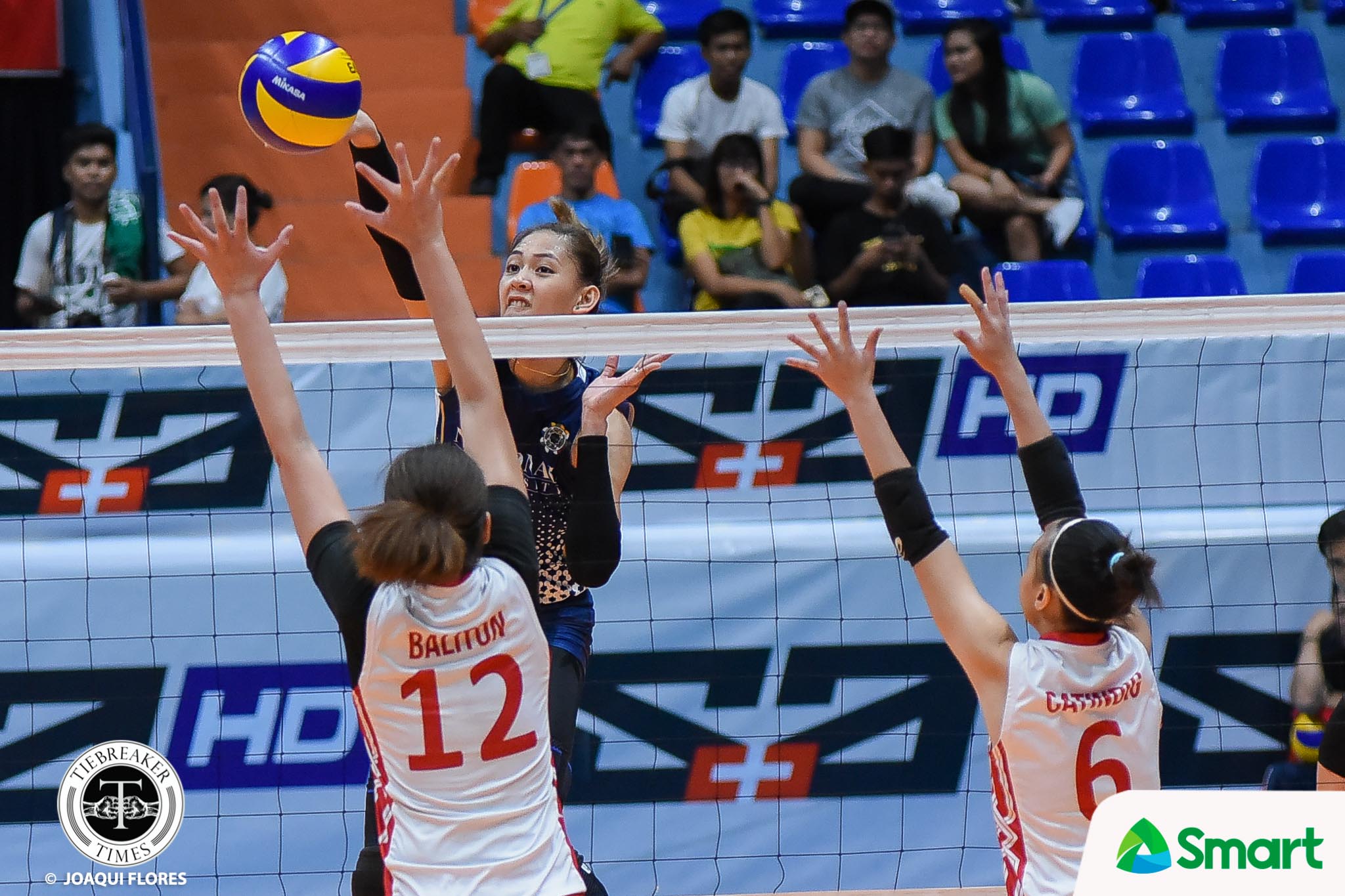 Riding a nightmarish, month-long tailspin, the National University Lady Bulldogs finally broke into the second round win column, dispatching the University of the East Lady Warriors, 26-24, 26-24, 25-20 at the FilOil Flying V Centre.

NU, the top team after the first round, clings to a Final Four spot after improving their record to 7-6. They eliminated the UST Golden Tigresses (4-8) and the UP Lady Maroons (5-8) from semifinals contention. If the Adamson Lady Falcons (5-7) lose their next match against the DLSU Lady Spikers (9-2) on Wednesday, the Lady Bulldogs outright claim the last Final Four seat.

The Lady Bulldogs seemed set for disaster early in the match, trailing UE 22-24 in the first set. But NU captain Jaja Santiago mustered three consecutive hits, setting up a UE blocking error to end the set.

UE took their turn rallying back in the second set. Following an NU burst that gave them a 24-20 lead, the Lady Warriors quickly retaliated with a 4-0 run, capped by two Me-Ann Mendrez aces. Like in the first set, Santiago rescued her team in the late game, pitching in two straight hits to hand NU a 2-0 sets lead.

The third set was all NU as they took a 20-14 lead and never looked back.

The Lady Bulldogs, even if Adamson wins all their remaining matches, can clinch a Final Four set with a win in their final elimination round match on Sunday at the SM Mall of Asia Arena against the FEU Lady Tamaraws (8-4).

UE (2-10) end their season on Saturday at the Blue Eagle Gym against the UP Lady Maroons.