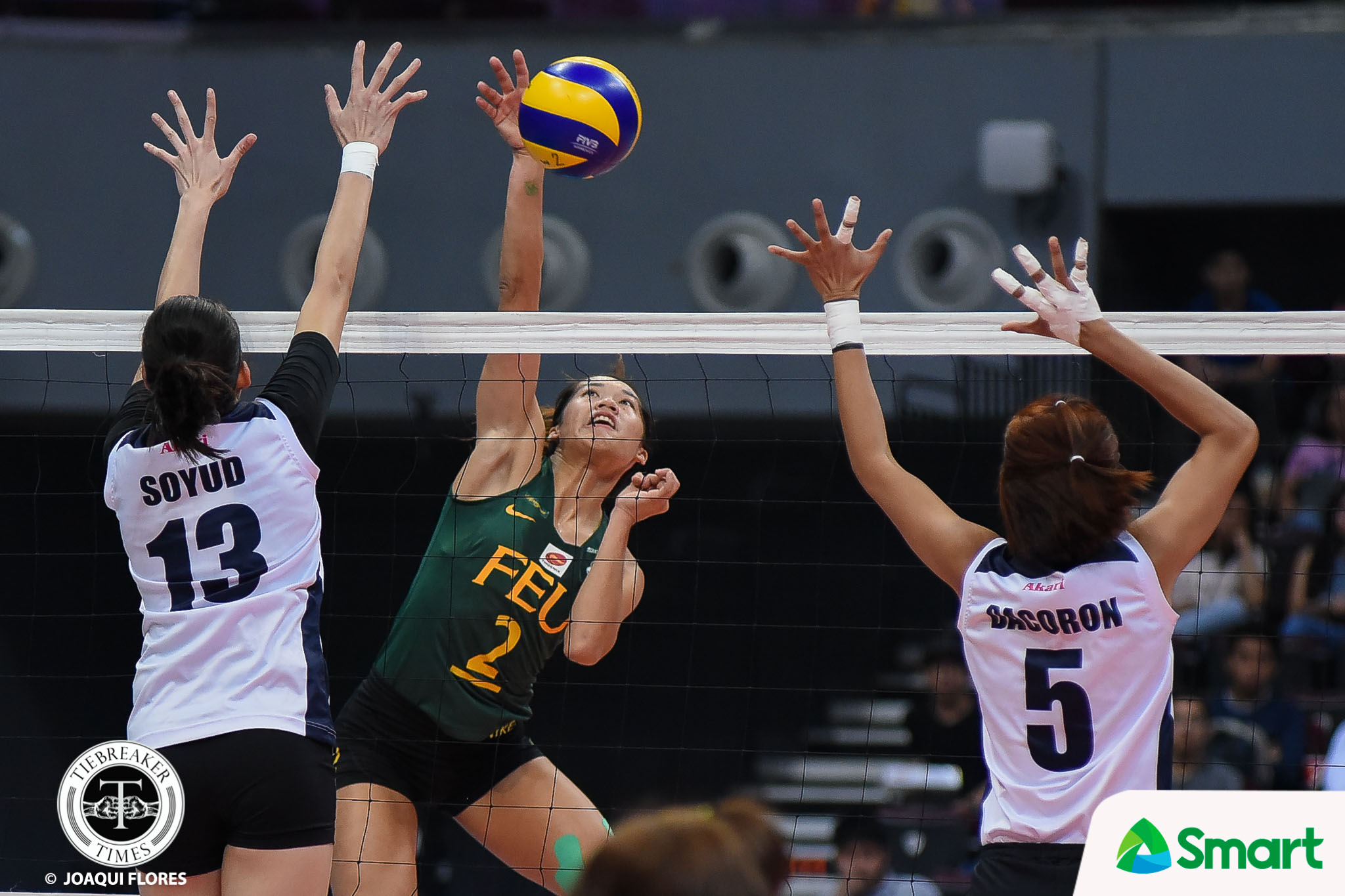 Both squads nearly squandered big leads in the first two sets. The Lady Tams were ahead, 18-12, before the Lady Falcons rallied to come within two, 21-19. FEU eventually pulled away, with Celine Domingo providing three of FEU’s last four points.

The Lady Falcons then took their turn, bursting out to a 16-6 start in the second frame before crumbling. With Domingo terrorizing the net and Toni Basas delivering aces, the Lady Tams claimed 16 of the next 21 points to take a 22-21 lead. But the Lady Tamaraws suffered due to a torrent of errors. Locked in a 25-all deadlock, FEU surrendered two consecutive Bernadeth Pons attack errors to hand the Lady Falcons the equalizer.

Adamson then dominated the third set, negotiating a 15-6 advantage and never looking back. In a back-and-forth fourth set, Domingo again saved the Lady Tamaraws, scoring FEU’s last two points to force a decider.

Open hitter Heather Guino-o guided FEU to a strong 8-5 start in the fifth set. Adamson countered as team captain Jema Galanza sandwiched hits between FEU errors to give the Lady Falcons a 10-8 lead. Pons then revived her team’s rally, scoring thrice in a 5-0 FEU run for a 13-10 lead. The Lady Falcons scored just one more point before succumbing to their own offensive stupor.

FEU (8-4) need to win their last two matches and for the Ateneo Lady Eagles (9-3) to lose at least one more match to have a shot at a twice-to-beat advantage. They face the University of the East Lady Warriors (2-9) on Wednesday at the FilOil Flying V Centre.

Adamson (5-7) have to rely on the slumping NU Lady Bulldogs (6-6) to keep sliding and slip out of the Final Four race. They take on the De La Salle University Lady Spikers (9-2), also on Wednesday, in the first of two crucial matches.