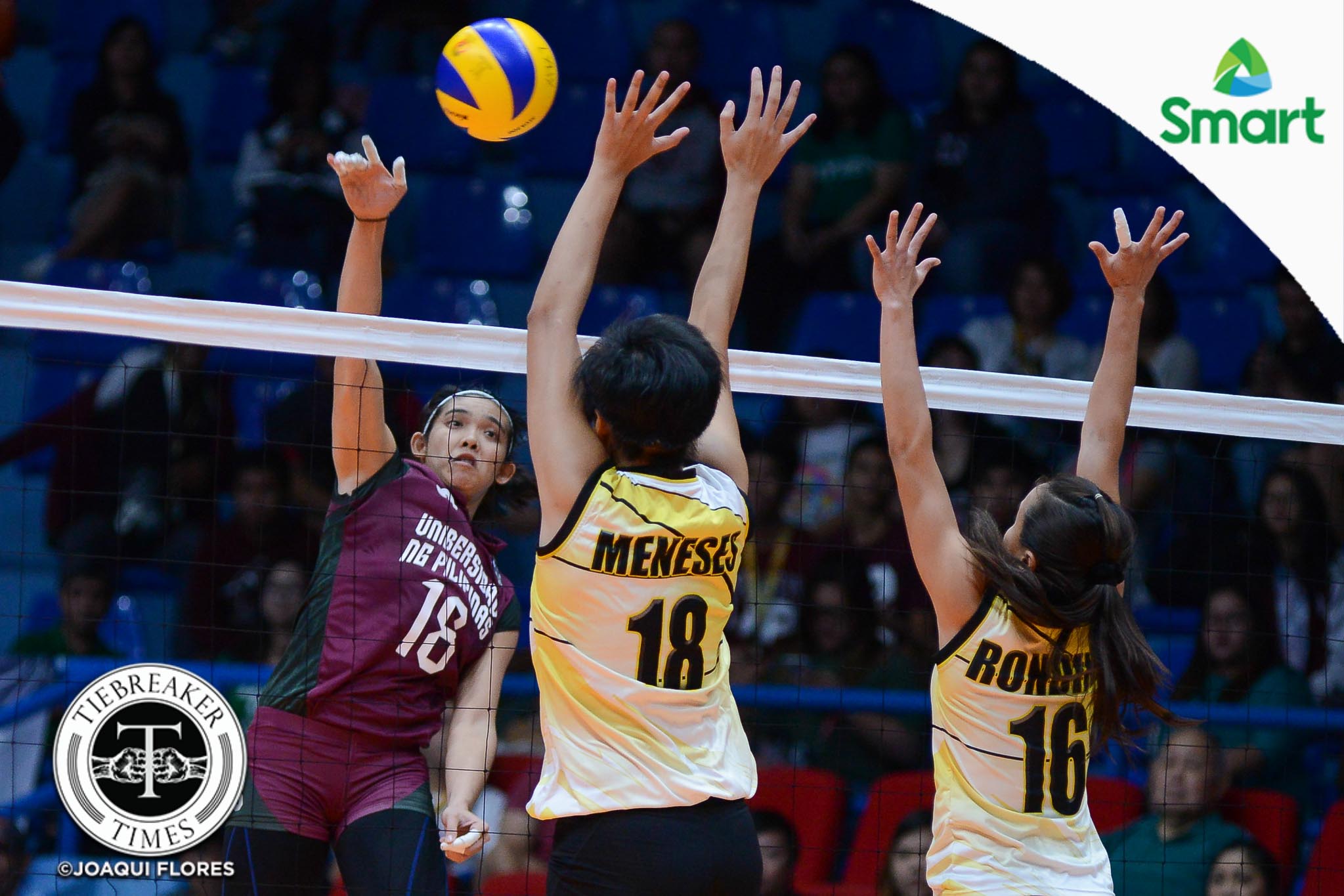 Still on pace for the best start in program history, the University of the Philippines Lady Maroons performed under pressure and sent the University of Santo Tomas Golden Tigresses further down a tailspin with a 25-22, 25-22, 29-31, 25-19 triumph at the FilOil Flying V Centre.

Each set was incredibly close, with the UP edging UST in the clutch. The Tigresses controlled much of the first set, leading by two on numerous occasions. UP kept fighting back, eventually reaching 22-all after an Ej Laure smash. The following three points had both squads figure in long rallies, with UST surrendering attack errors in each to hand the frame to UP.

The Lady Maroons then took their turn maintaining a steady two-point cushion. Behind Ej Laure’s attacks, the Tigresses again forced a 22-all tie. And, yet again, the Tigresses surrendered the next three points off miscues, letting Kathy Bersola’s serve land unimpeded for the set’s last point.

The third set saw a team for the first time by more than three, as UST bolted to a 16-12 lead which they eventually took to a 22-18 advantage. As had become the trend, the Tigresses coughed up their advantage. UP went on a 6-1 run to climb back, and even had a crack at match point before Laure punched a cross-court hit through two blockers to extend the match. After a see-saw battle, UST took the set after an Isa Molde attack went long.

The fourth set had the Lady Maroons take their biggest lead of the match, 16-10. UST tried numerous times to get back in the match but their own errors shut the door on them. Indicative of how the match went, UP took the match off an Isa Molde service ace after the Tigresses failed to communicate on reception.

READ  Even Pumaren is surprised with Adamson's strong start

UP (4-0) next take on the Katipunan neighbors Ateneo de Manila University Lady Eagles (3-1) on Sunday at the FilOil Flying V Centre.

Laure finished the match with 18 points while Cherry Rondina and Chloe Cortez each provided 12 markers. M

Casambre goal lifts UP past UST for third straight win