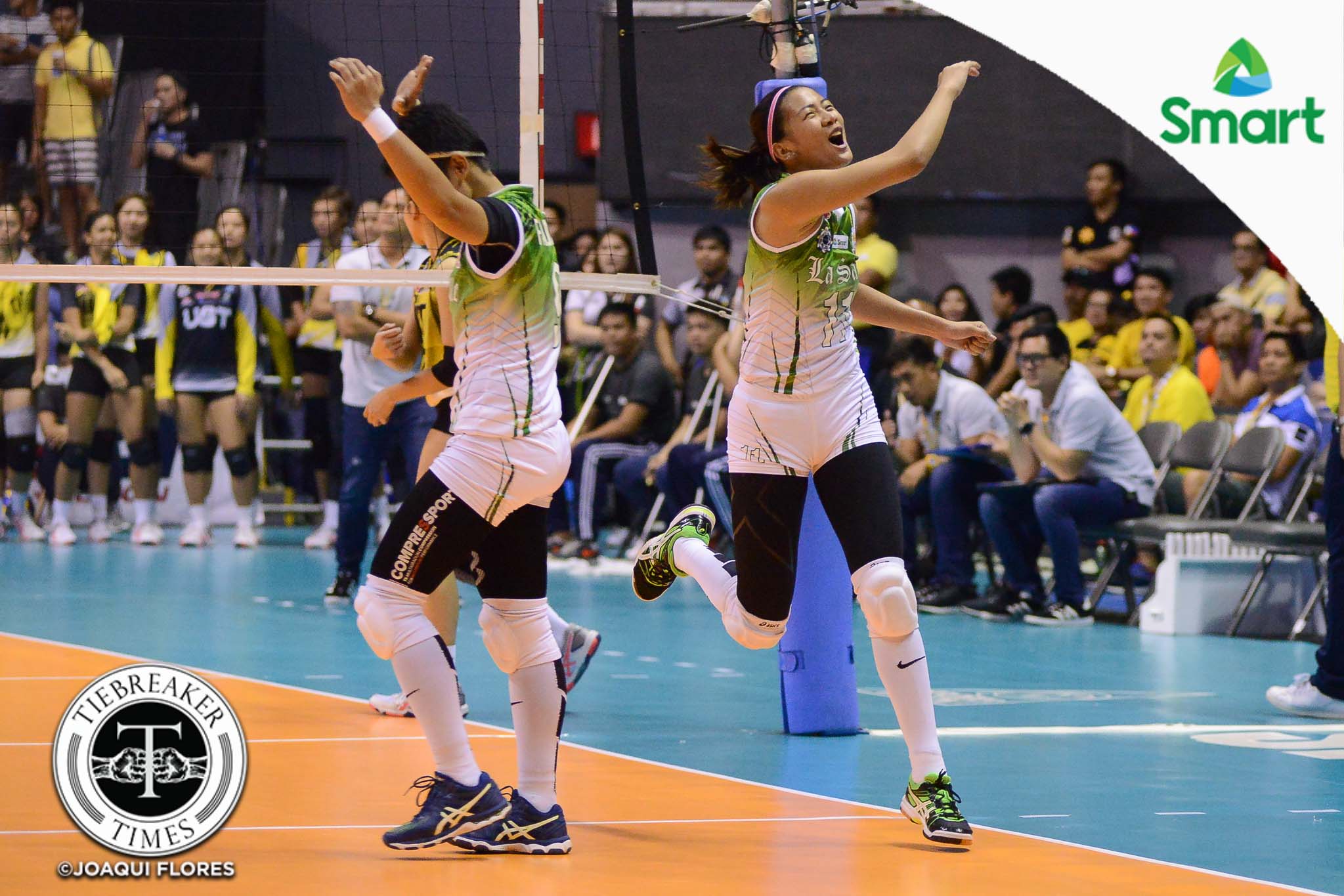 The UST faithful showed that they still had roar but, unfortunately, the Tigresses themselves did not have a strong enough bite.

The Lady Spikers dominated the net, blocking and directing UST’s attacks towards their preferred areas. The Lady Spikers easily extended a five point lead in the first set into a 23-13 advantage thanks to solid serving and transitions. The Tigresses kept the second frame closer, inching to as close as two after controversial call on a Dawn Macandili pancake save went their way. La Salle, however, pulled themselves together, taking an 18-16 advantage and sprinting to a 24-18 lead after consecutive blocks.

UST mounted a strong starting push in the third frame, going up 7-2. They almost lost all their momentum after Ej Laure took a scary fall and sprained her left ankle. UST lead slowly dwindled until the Lady Spikers took a 14-12 lead after back-to-back Tin Tiamzon conversions. At that point, after being taped by her father Eddie Laure, Ej made a courageous return to the court and kindled a UST run that pushed them back ahead 24-20. Majoy Baron brought La Salle back, serving her squad all the way to a deuce. But clutch plays from Cherry Rondina allowed UST to extend the match to a fourth set.

The Tigresses, from there, ran out of steam. Graduating setter Kim Fajardo strutted her serving wares, leading La Salle to an insurmountable 11-1 lead and to the Finals.

Unlike the last two seasons, La Salle did not need their twice-to-beat advantage to reach the Finals.

Fajardo earned Played of the Game honors with 11 points and 39 excellent sets.

Game One begins on Saturday at the SM Mall of Asia Arena, where the Lady Spikers will face the winner of the ADMU-FEU series.