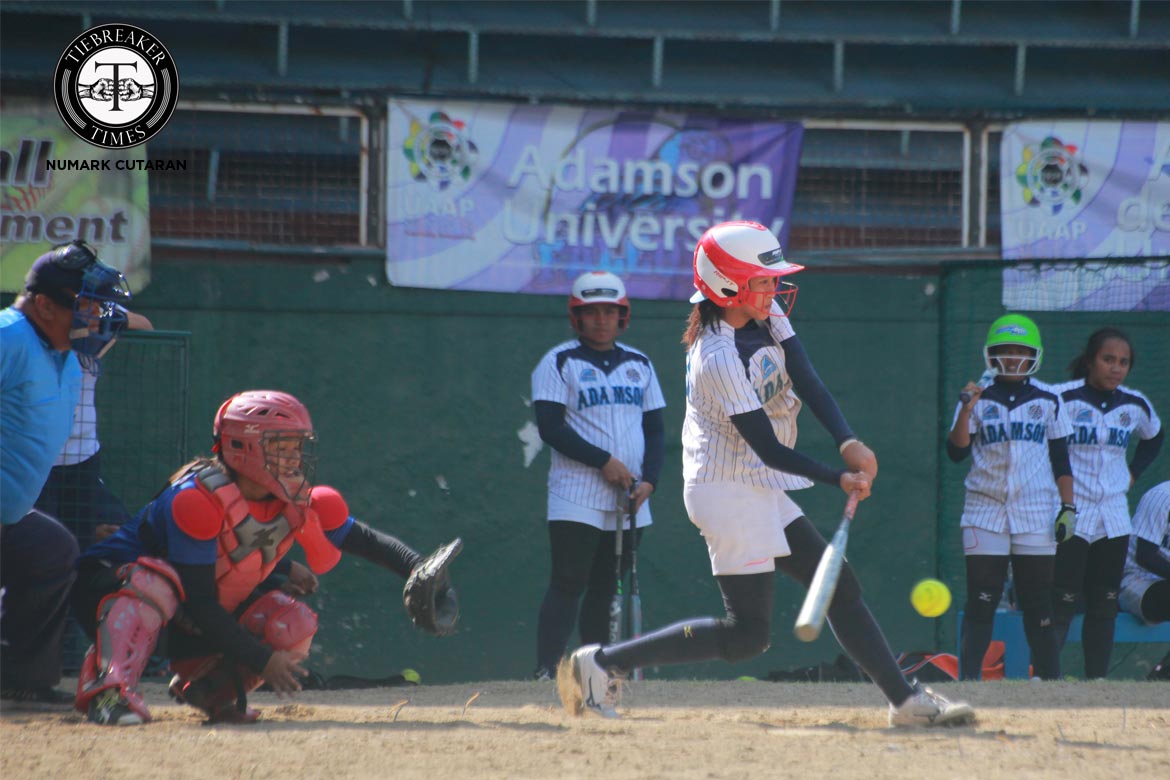 Reigning UAAP Softball Champion Adamson University Lady Falcons did not allow the still-winless Ateneo de Manila University Lady Eagles to get heated as they swung for the fences, taking a 12-1 abb. fourth inning win to keep their perfect slate unblemished.

It was a dominant win for the Lady Falcons, a team that has won the tiara the past six seasons, connecting 12 times on offense while Princess Jurado (3-0) only allowed three hits.

The Lady Falcons immediately blasted six runs in the opening inning against Nikki Borromeo (0-2). First batter Lorna Adorable started the surge with a base hit and was followed by doubles from Riezel Calumbres and Florable Pabiana. The rally was capped by a booming triple from Krisha Cantor and an RBI single by Leslie Benabaye.

However, even with the Lady Falcons’ holding an imposing lead, coach Santiago did not stop nitpicking the flaws in their game as the contest progressed.

And this was in preparation for their highly-anticipated contest against the UST Softbelles (3-0) on Monday, February 13.

Pabiana paced Adamson with two RBI’s and two runs, going 2-of-3. Ursabia and Cantor slammed a home run each as well with both driving in two runs each.

#ReadMore  Zamboanga siblings out to make PH proud at ONE: A New Breed

Ateneo, on the other hand, takes on neighbors UP Lady Maroons to open Monday’s festivities.