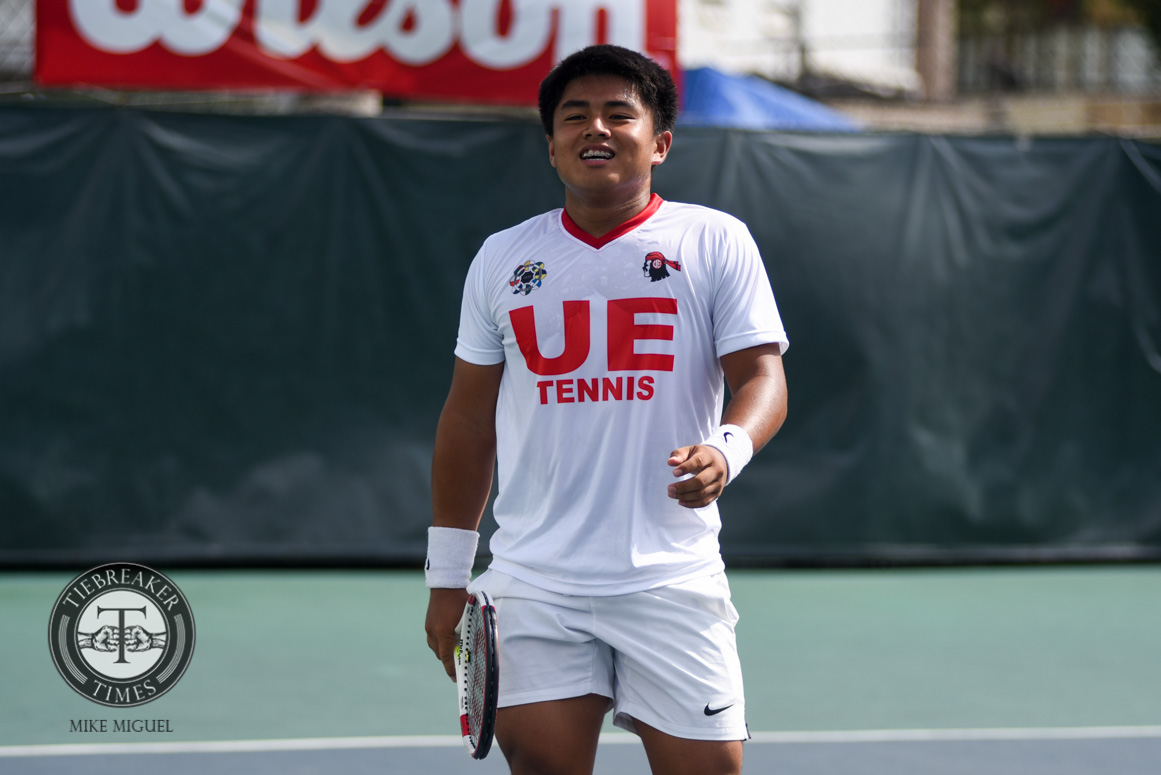 No let-ups for the UE Red Warriors

In the other court, AJ Lim fended off the challenge of UP rookie Joel Atienza in a sweep, 6-2, 6-3, to double the lead for UE.

The Warriors then bagged the tie in just the third match, after Rogelio Estaño and RJ Saga finished off Vincent Alanis and Kyle Joseph, 6-4, 6-2. Following suit were the second doubles tandem of Paulo Baran and Jeric Delos Santos, who took care of a pair of Maroon rookies Mimo Tomacruz and Auden Pagduganan, 6-2, 6-2.

Joshua Cano averted a sweep after pocketing the third singles match at 6-2, 6-4, against Rodolfo Barquin.

The Red Warriors (6-0) will try to repeat the feat against the defending champions National University Bulldogs (3-2) on Sunday, March 5. Meanwhile, the Fighting Maroons (1-5) will be gunning for a season sweep over the Ateneo de Manila University Blue Eagles (2-4) earlier that day.