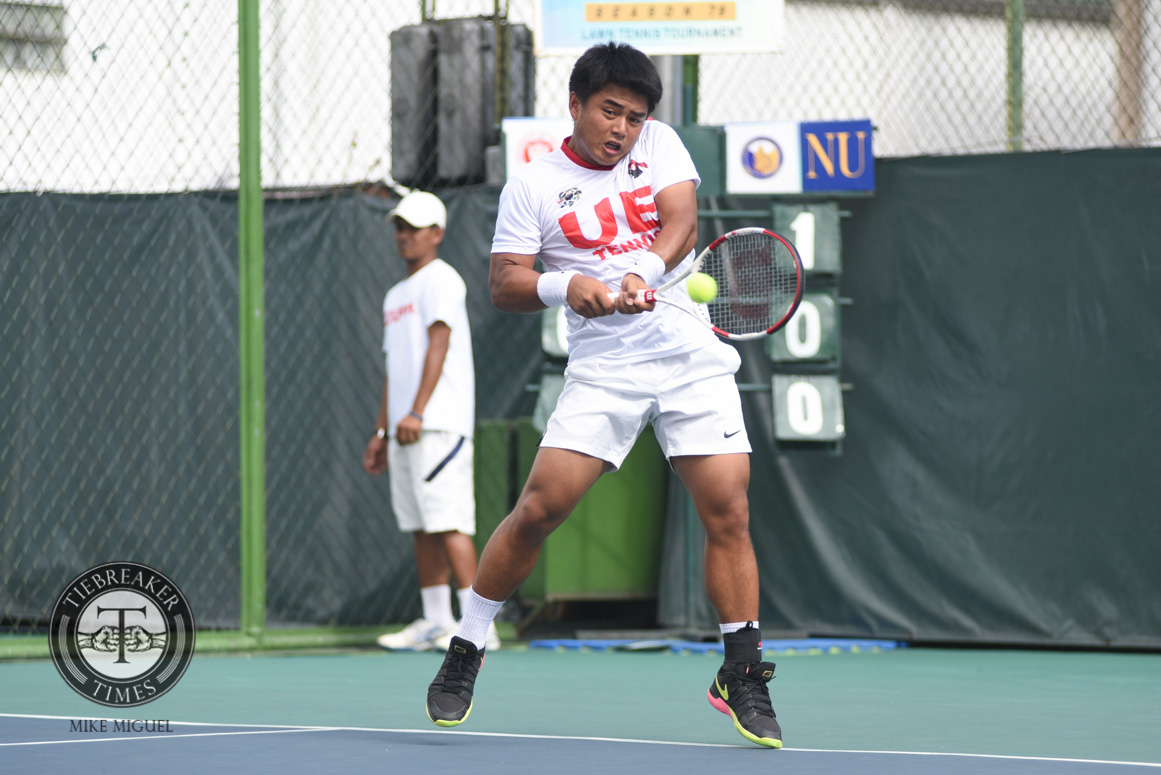 The Finals-bound University of the East Red Warriors have no plans of slowing down.

In the process, UE sent the Taft-based opponents packing for another season.

Rodolfo Barquin was back on singles play with a tight sweep of Betto Orendain in 7-6, 7-5, to open the day for the league-leaders. Rolly Saga and Rogelio Estaño followed suit with a 7-6, 6-2 win over Kyle Parpan and Hans Asistio in the first doubles match.

LA Cañizares gave the Green and White some hope after outlasting Josshua Kinaadman in a marathon three-set win, 4-6, 6-4, 6-1.

Nonetheless, the tournament’s top team had had enough of that, as they swept the next two matches.

The country’s top juniors player and Most Valuable Player candidate AJ Lim then completed the rout with a double bagel disposal Gelo Cerezo.

UE, now at 8-1, will close out their elimination round assignments as they face the second-placed University of Santo Tomas (6-2), Sunday at 8am. On the other hand, the Green Tennisters (4-5) will attempt to solidify their bid for a podium finish when they battle the University of the Philippines Fighting Maroons (1-8) later that day at 11am.