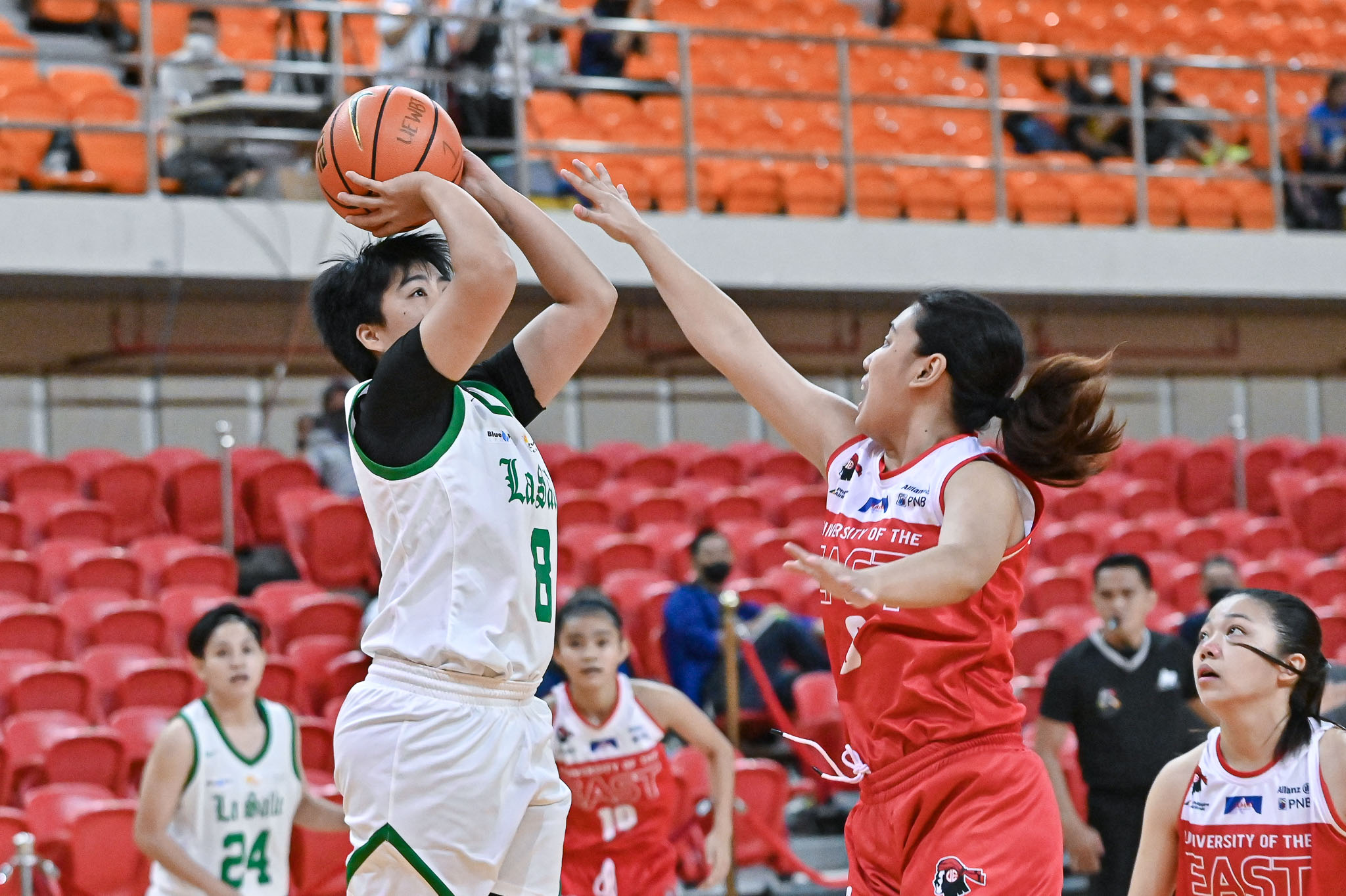 De La Salle University cruised to its second straight win in the UAAP Season 85 Women’s Basketball Tournament, taking a 76-53 win over University of the East, Wednesday at UST Quadricentennial Pavillion in Espana, Manila.

Graduating senior Joehanna Arciga led the Lady Archers to a 3-1 record with 14 points, five rebounds, two assists, and a steal.

Arciga already scored 10 points in the first half, helping La Salle gain a 37-15 lead at the half.

“We just wanted to take the game. UE was not there to just give this to us,” said Lady Archers head coach Cholo Villanueva.

“Ever since talaga UE has gotten the better of us. We just wanted it more today,” added Arciga.

La Salle’s lead went to as high as 32 points as its bench made the most of the playing time given to them, putting up 42 points compared to three for UE.

“Everybody was ready to play. Some of the guys who weren’t playing that much delivered. They played well because they stayed ready even if they did not have playing time prior,” lauded Villanueva, particularly praising Angel Villava-Cua (three minutes of playing time), Arabell Bacierto (one minute), and Mica Camba (four points in 10 minutes).

UE dropped its fourth straight game and will next face University of Santo Tomas on Sunday.