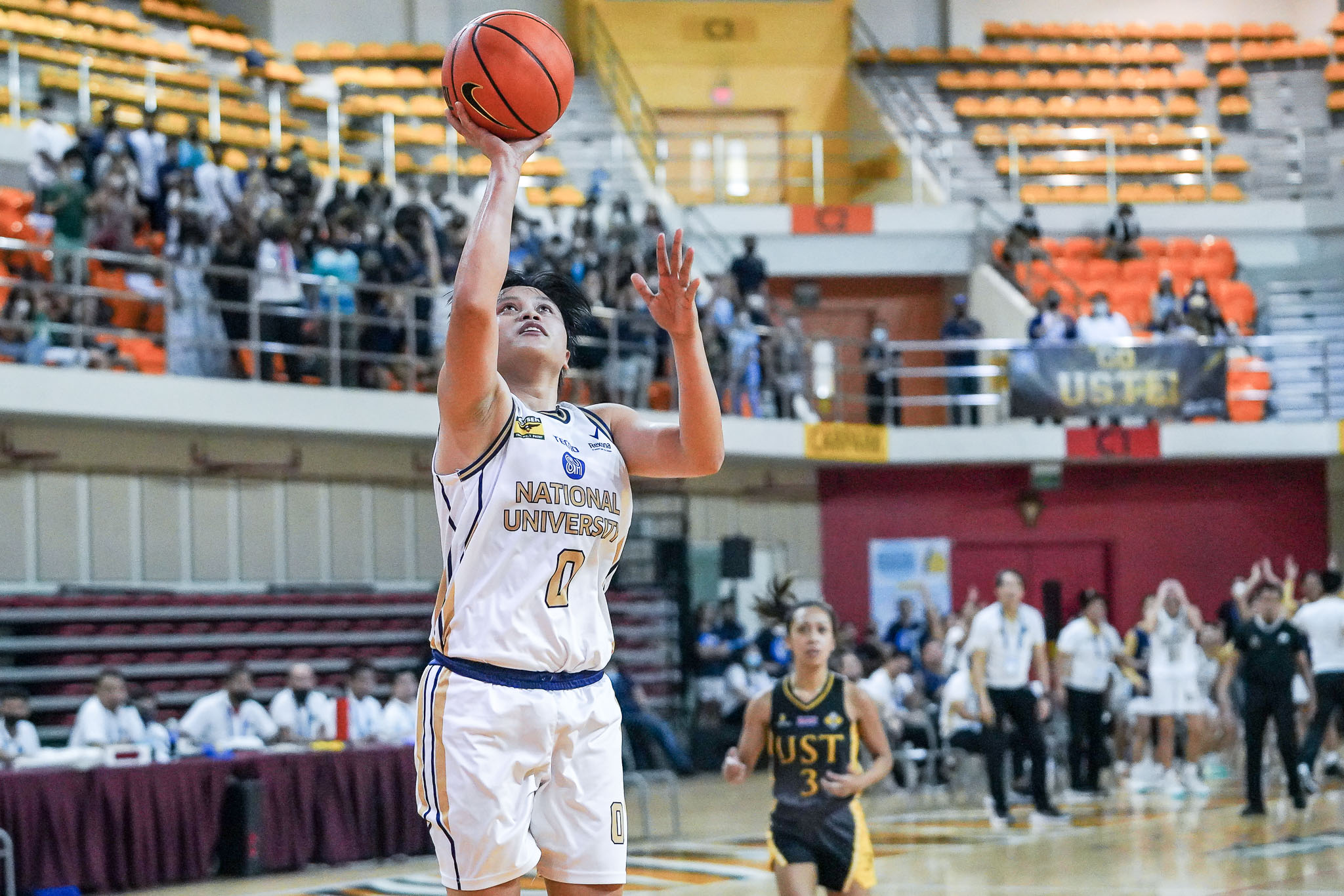 National University sealed its 108th straight win and a twice-to-beat advantage in the UAAP Season 85 Women’s Basketball Tournament, taking an 87-64 victory at the expense of University of Santo Tomas, Saturday at the UST Quadricentennial Pavilion.

This was the Lady Bulldogs’ 12th consecutive win this season in as many games and is just two victories away from securing an eighth straight Finals appearance.

NU then enjoyed a lead as big as 87-64 thanks to Mikka Cacho’s four unanswered points with 1:26 left in the game. Cacho led the defending champions with 25 points, 13 rebounds, and two steals.

“When (Cacho) came in, she gave the spark for our team to really bounce back in the game,” said Lady Bulldogs coach Aris Dimaunahan. “She was huge dun pa lang sa unang pasok niya. She had the energy. She had the will, Mikka Cacho, being the captain of this team. She led us towards that comeback.”

NU dominated the paint with 46 points to UST’s 28. The Lady Bulldogs also seized 59 rebounds compared to the Growling Tigresses’ 44.

The Lady Bulldogs’ defense proved key as they forced 20 turnovers from the Growling Tigresses, which led to 16 points. NU also had 24 fastbreak points to UST’s four.

“I thought we started this game very, very flat. Give credit also to UST for starting super strongly in this game,” said Dimaunahan. “But I have to give credit to our ladies for not folding up and stepping up to the challenge.”

On the other hand, UST saw its three-game winning streak snapped and it slid down to 9-3 in third place.

The Growling Tigresses were led by Tacatac’s 29 points, which came from 12-of-24 shooting from the field.

Both teams will return to action on Wednesday at the same venue.

UST goes up against University of the Philippines at 9:00 AM while NU takes on De La Salle University at 11:00 AM.