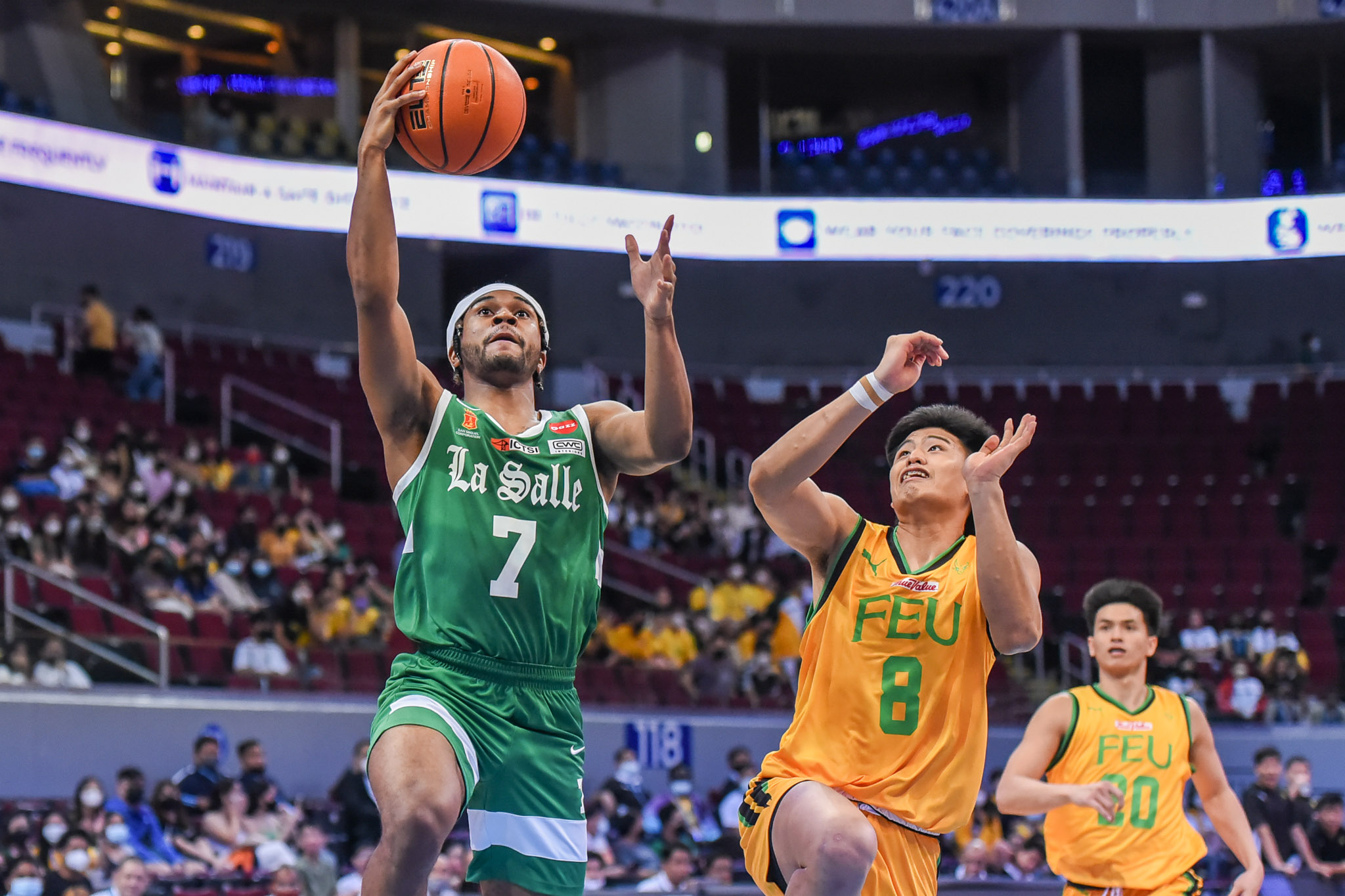 De La Salle University went back to its winning ways via an 87-70 drubbing of Far Eastern University in the UAAP Season 85 men’s basketball tournament, Saturday at the SM Mall of Asia Arena.

The Green Archers banked on a huge second quarter that saw them extend their mere eight-point lead to a 50-25 margin after a 32-15 frame.

“Happy with the win today, the boys showed we can bounce back. As I’ve been telling them, that 0-4 record of FEU, they’re a better team than their 0-4,” said Green Archers coach Derrick Pumaren.

Kevin Quiambao, who had a poster dunk over Daniel Celzo, tallied 16 points, eight rebounds, and four assists, while Manuel got 14 points.

The Green Archers, who missed Mike Phillips due to a minor right hamstring injury, is back above .500 at 3-2, good for fourth, while FEU slid to 0-5 – its worst start in the Final Four era.

La Salle aims for win no. 4 on Wednesday, 11 am, against National University at the same Pasay venue. FEU will close the quadruple header against University of Santo Tomas at 6:30 pm.