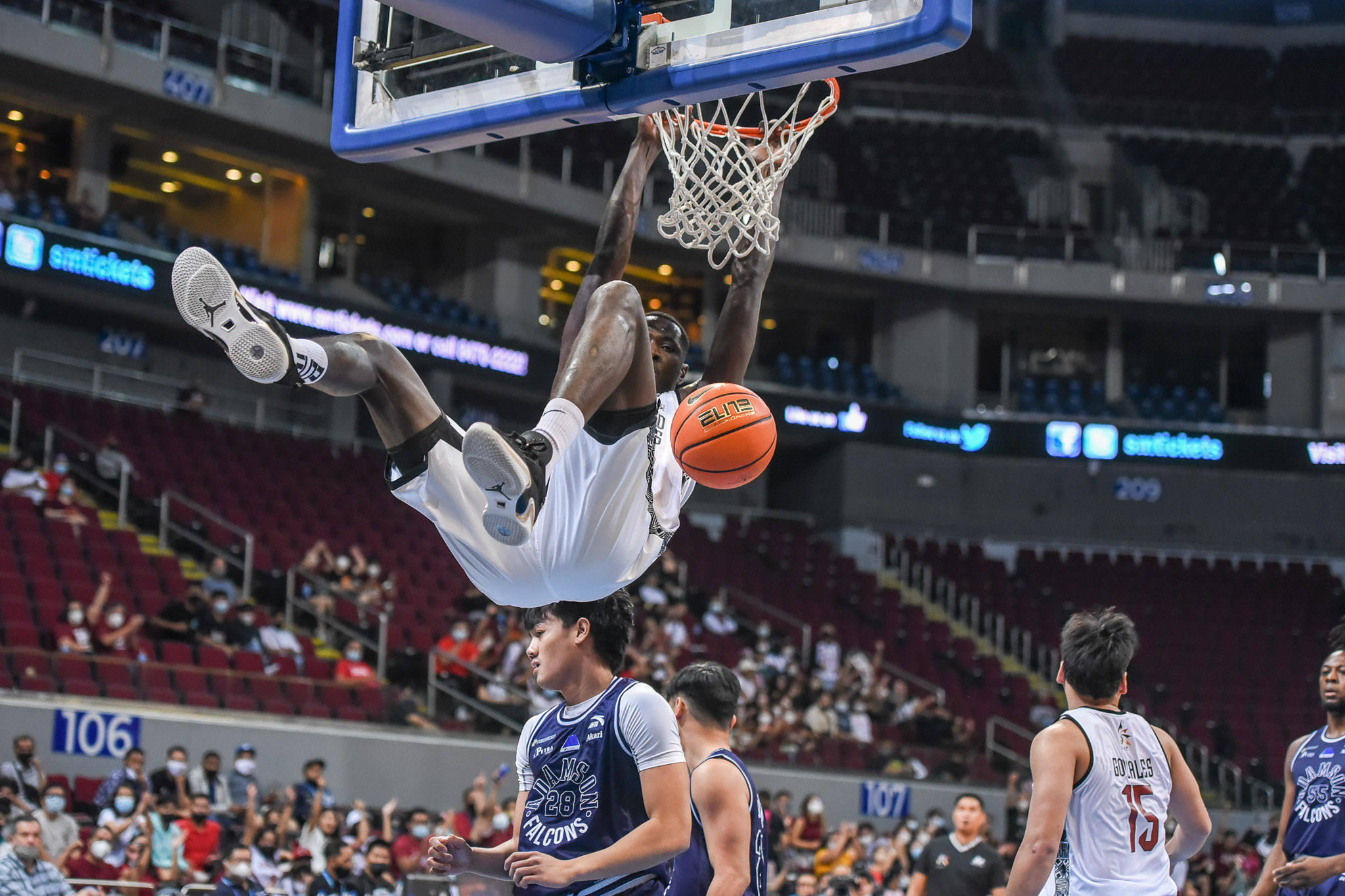 University of the Philippines’ winning streak reached five games after trampling Adamson University, 91-70, in the UAAP Season 85 men’s basketball tournament at the SM Mall of Asia Arena on Wednesday.

The Fighting Maroons used a huge second half surge to improve to a league-best 8-1. On the other hand, the Soaring Falcons fell to 3-5 along with Far Eastern University in sixth.

“‘Yun pa rin, we didn’t have the start na gusto namin. We need to improve on our defense. I think they made 45 points in the first half,” lamented UP coach Goldwin Monteverde about his team’s kryptonite throughout the season.

“Habang nagpo-progress ‘yung season we have to work on that. I think yun pa rin being consistent and not thinking about whatever standing we’re at now.”

JD Cagulangan kickstarted the Fighting Maroon’s blast with a triple with 25 seconds left in the third period, 69-57.

Harold Alarcon and Zavier Lucero then combined for six straight points to open the fourth to build an insurmountable 18-point advantage, 75-57.

Malick Diouf delivered a career-high 20 points on 7-of-11 shooting from the field, alongside eight rebounds and five steals.

Carl Tamayo was a plus-25 with 18 points and five rebounds, while Lucero and Terrence Fortea gave 14 and 12 points, respectively.

On the other hand, Jerom Lastimosa led the Soaring Falcons with 19 points, three rebounds, three assists, and three steals.

Lastimosa did not finish the game after hurting his right ankle at the 5:42 mark of the fourth, though. He converted a reverse layup then stepped on the foot of Cagulangan on his landing.

Vince Magbuhos also left at the 3:33 mark of the third after hurting his right knee on a rebounding battle.