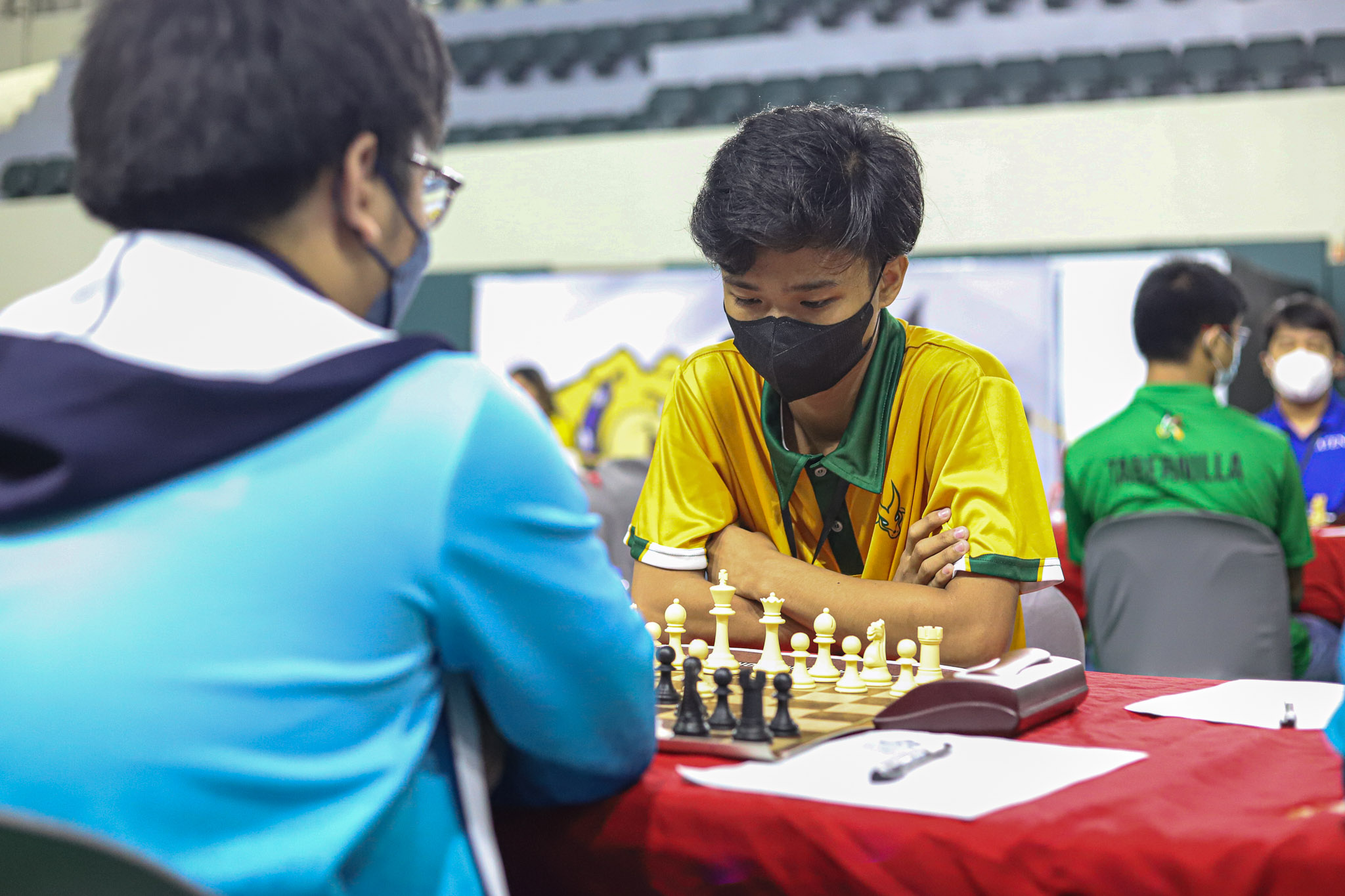 With Adamson University taking a bye to open the round, Far Eastern University – Diliman surged ahead in the standings after a 3.5-0.5 victory over cellar-dwelling De La Salle Zobel in Round 6 of the UAAP Season 85 Boy’s Chess Championship, Wednesday at the FEU Tech Gym in Manila.

FEU-D momentarily takes the top spot with 14.5 points followed by University of Sto. Tomas with 13 points.

The Tamaraws banked on Christian Marcelo Olaydal (Board 1) who scored a quick 25-move win against Paolo De Vera that was followed by a 34-move mate executed by Cyrus James Damiray in Board 3.

UST, on the other hand, asserted their mastery of Ateneo de Manila High School with a 3-1 performance in Round 5.

Karlycris Clarito Jr sustained his lethal form as he remained the undefeated player in the UST squad with another win against Liam Uriel Batnag.

He now has four wins and one draw to lead the medal race in Board 1.