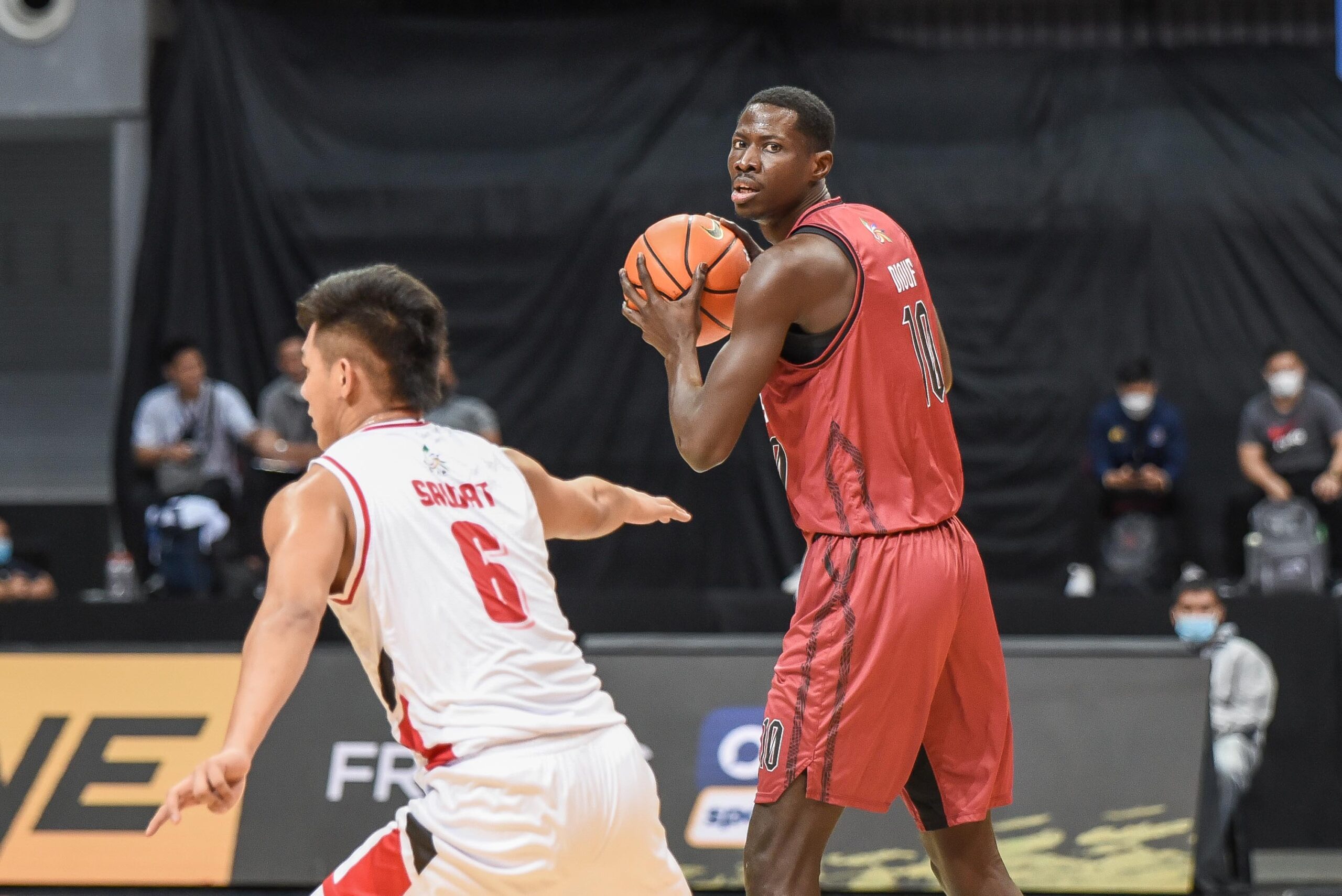 University of the Philippines coasted towards an 81-66 wire-to-wire victory over University of the East in the UAAP Season 84 Men’s Basketball Tournament, Saturday afternoon, at the closed-door SM Mall of Asia Arena in Pasay City.

The Fighting Maroons had a red hot start to the contest. Harvey Pagsanjan’s offensive foul allowed Xavier Lucero to convert two free throws, which extended their lead to as much as 48-19 at the 2:56 mark of the second quarter. However, a 31-2 run capped off by Clint Escamis’ back-to-back threes trimmed the deficit to 50-32 at halftime.

It was Lucero who gave UP its biggest lead in the ballgame at 65-35. He made a shot off a Terrence Fortea assist with 3:54 remaining in the third quarter.

UE fought hard to trim the deficit, though. Eight unanswered points from Kyle Paranada’s back-to-back threes and Clint Escamis’ basket cut the lead down to 62-73 with 5:35 to go in the contest.

Malick Diouf scored then scored four straight points to make the scoreline read 81-66. That then set the Fighting Maroons on their way to victory.

“Kung titignan mo yung first game, we moved the ball better today,” said UP coach Goldwin Monteverde. “As a team, nag-i-improve kami and we just have to be consistent.”

Lucero led UP with 14 points and six rebounds.

Ricci Rivero contributed 14 points, three rebounds, and three steals. CJ Cansino followed suit with 10, which were all scored in the first half. Carl Tamayo, meanwhile, had eight points.

UP dominated the paint with 30 points against UE’s 14. The Fighting Maroons’ starters also had 47 points to the Red Warriors’ 35.

Both schools shall resume their respective campaigns on Tuesday at the SM MOA Arena. UP (3-1) goes up against Adamson University at 1:00 PM; meanwhile, UE (0-4) takes on Far Eastern University at 4:00 PM.