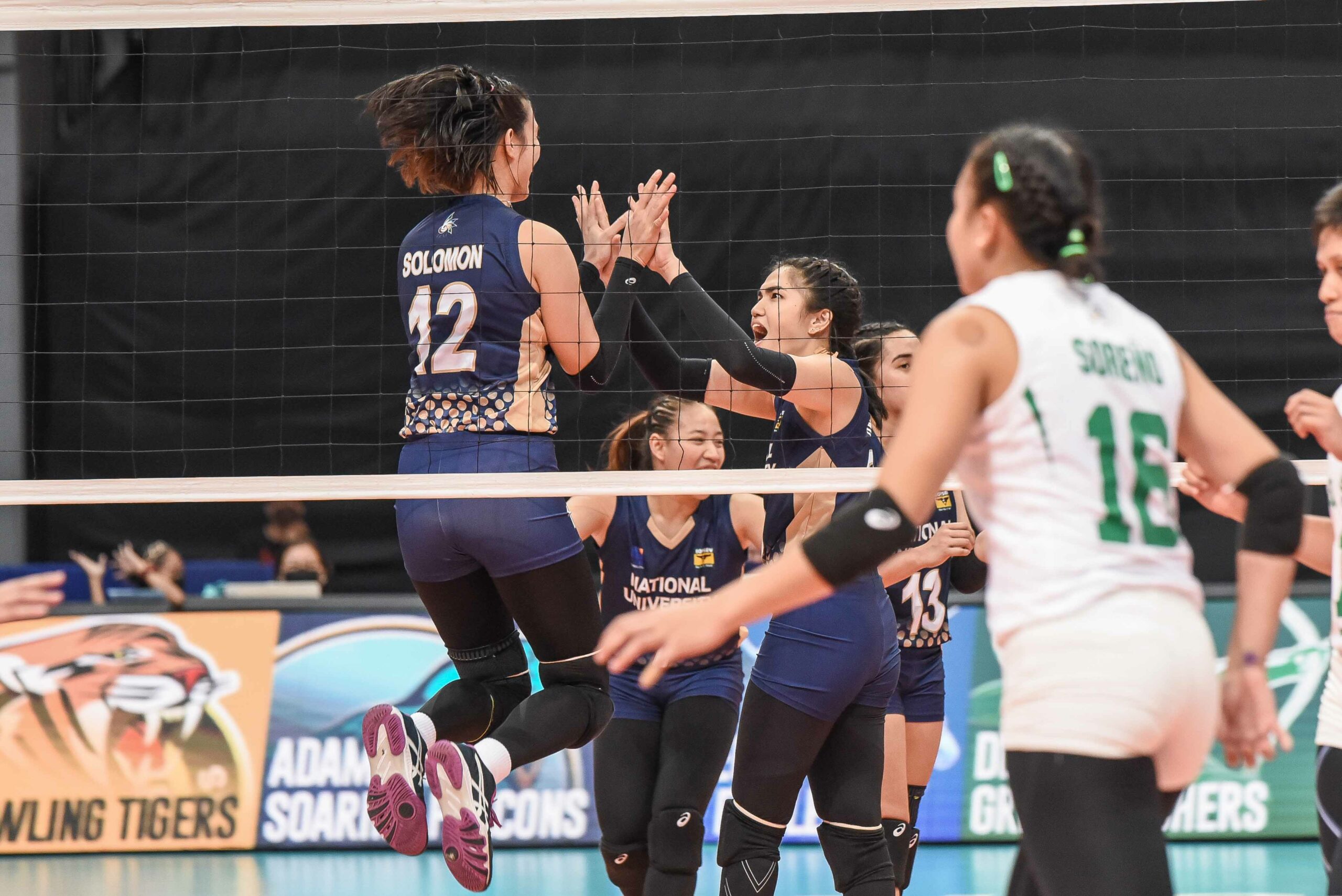 It was another great offensive showing for the Lady Bulldogs with Alyssa Solomon leading the way with 14 points off 10 attacks and four kill blocks. Mhicaela Belen chipped in 13 points, seven excellent digs, and seven excellent receptions while team captain Princess Robles had 12 markers.

Standing at two points away from the victory, service specialist Chinnie Arroyo secured an ace to put NU at match point, 24-18. She then committed a service error before Alleiah Malaluan miscalculated her attach which eventually finished the match.

The Lady Bulldogs fought off the tough Lady Spikers in the opener before eventually pulling away by a huge margin in the second set of the match. La Salle showed more fight in the third with Jolina Dela Cruz and Alleiah Malaluan leading the way but it was not enough to get a set out of the streaking NU.

Malaluan was the only double-digit scorer for the Lady Spikers with 10 points. She also had seven excellent digs in the team’s first loss in three games while Dela Cruz had eight points and 17 excellent receptions.

Jolina Dela Cruz was limited to just nine points, converting only six of her 18 attack attempts.

NU will gun for its fourth win against UE on Thursday at 10:00 AM. Meanwhile, La Salle looks to pick things up against UST at 6:00 PM on the same day.