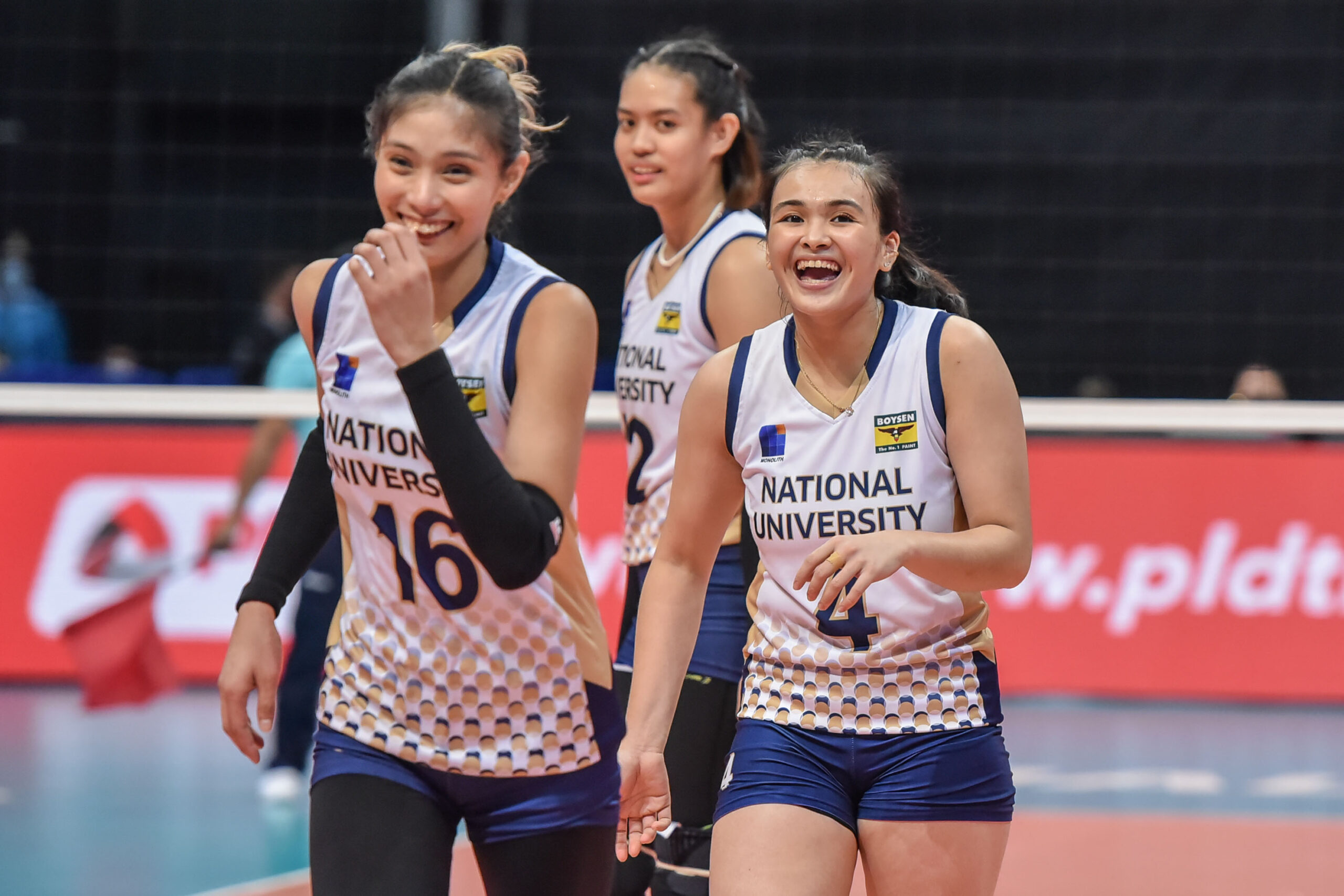 National University announced its entry to the UAAP Season 84 women’s volleyball tournament Final Four with a bang, handing University of the East a three-set beating, 25-14, 25-17, 25-15 to remain undefeated, Tuesday at the SM Mall of Asia in Pasay City.

NU had four double-digit scorers in the match with Ivy Lacsina and Alyssa Solomon leading the charge with 13 points each. Princess Robles and Sheena Toring added 10 markers each while Mhicaela Belen had nine points.

Camilla Lamina dished out 18 excellent sets while Jennifer Nierva recorded nine digs and nine receptions in the quick victory which ran for just an hour and 26 minutes. NU continued its dominance in the UAAP by posting a perfect 10-0 standing almost halfway into the second round.

The Lady Bulldogs went for the kill in the third set with Sheena Toring converting an ace off a misreception from the Lady Red Warriors to put her side ahead by 11, 23-12. That proved to be enough with NU bagging the win off a service error from Dea Villamor and a running attack from Ivy Lacsina.

NU completely dominated the spiking department, scoring a total of 47 compared to UE who just had 18 for the entire game. The Jhocson-bred spikers also outclassed the team from Recto in the blocks, 6-2.

#ReadMore  Raymond Almazan vows to come back stronger than ever

Ja Lana once again led the Lady Red Warriors with eight points to go along with nine excellent receptions in a losing effort while Dara Nieva had seven points, six receptions, and five digs. UE remained winless, dropping to 0-10 in the standings.

NU will go up against Adamson University on Thursday at 4:00 PM while UE will face Ateneo de Manila University at 6:30 PM.