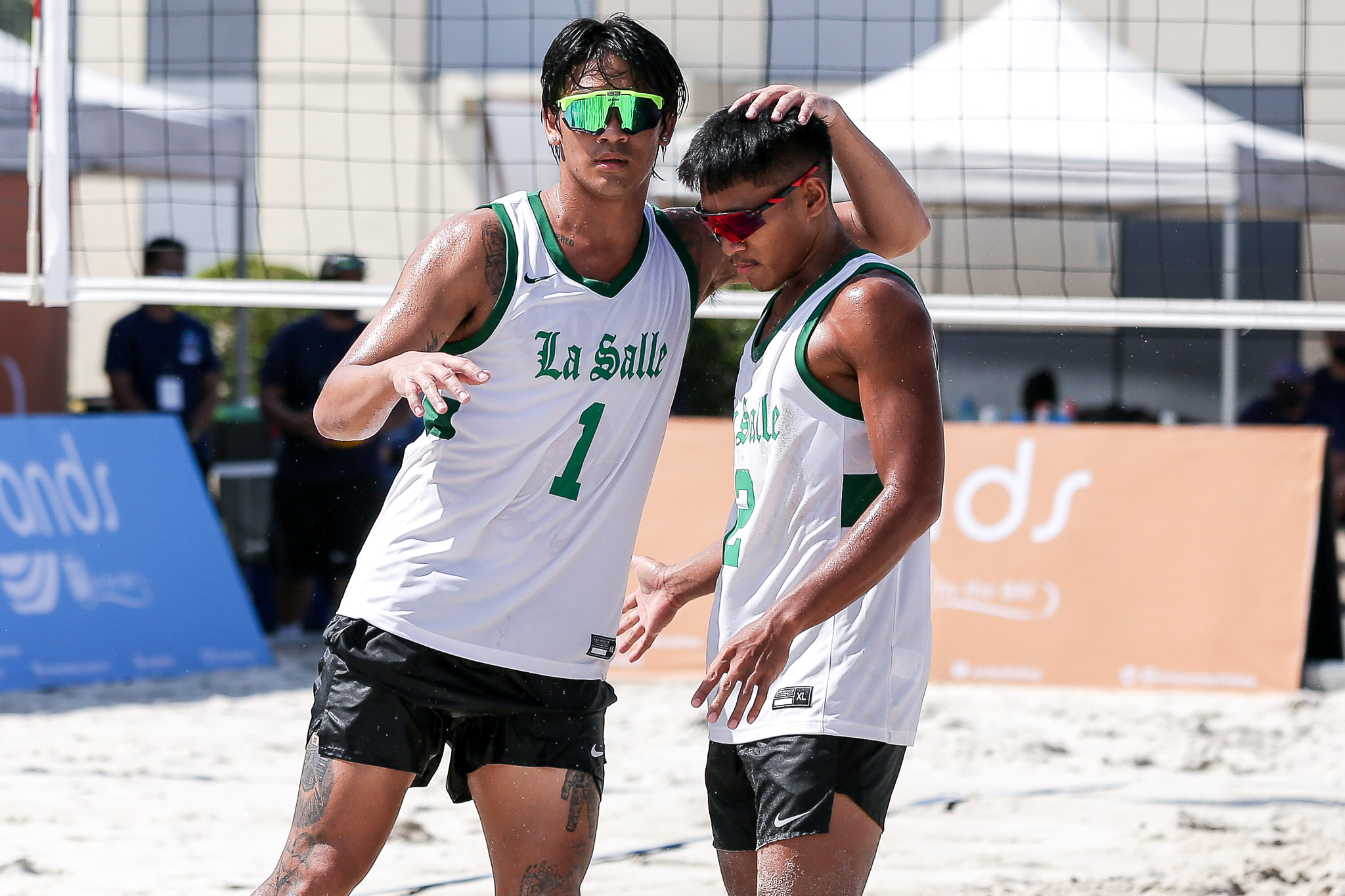 The Green Spikers have won two straight and their fourth overall in five contests, a big improvement from their two-win season in 2019.

University of the Philippines’ Dan Nicolas and Louis Gamban prevailed over Ateneo’s Abai Llenos and Amil Pacinio, 21-15, 21-14, to arrest a three-match slide and keep its hopes alive for the remaining Final Four berth.

The Fighting Maroons improved to 2-3 while derailing the Blue Eagles’ march to the semifinals.

The Tiger Spikers’ Efraem Dimaculangan and Rancel Varga made short work of Far Eastern University, 21-14, 21-13, and Adamson, 21-9, 21-6, to extend their winning run to four games.

The Tigers and the Bulldogs forced a three-way tie with the Green Spikers for the lead at 4-1 heading into the final day of eliminations on Friday.

The Tamaraws. who fielded in Martin Bugaoan in lieu of Vincent Nadera to be paired with Jelord Talisayan, bowed out of Final Four contention with a 1-4 slate.

The Soaring Falcons, who replaced Pacquing for Aaron Mirador in their loss to the Tigers, remained winless in five matches.

Games on Friday starting at 9 a.m. will feature De La Salle against UST, UP versus FEU, and Adamson University and NU.

All bulletins are right here >> https://drive.google.com/drive/folders/1So1e4IO8W2ytLwSu1fyArUz9UTkAgewR