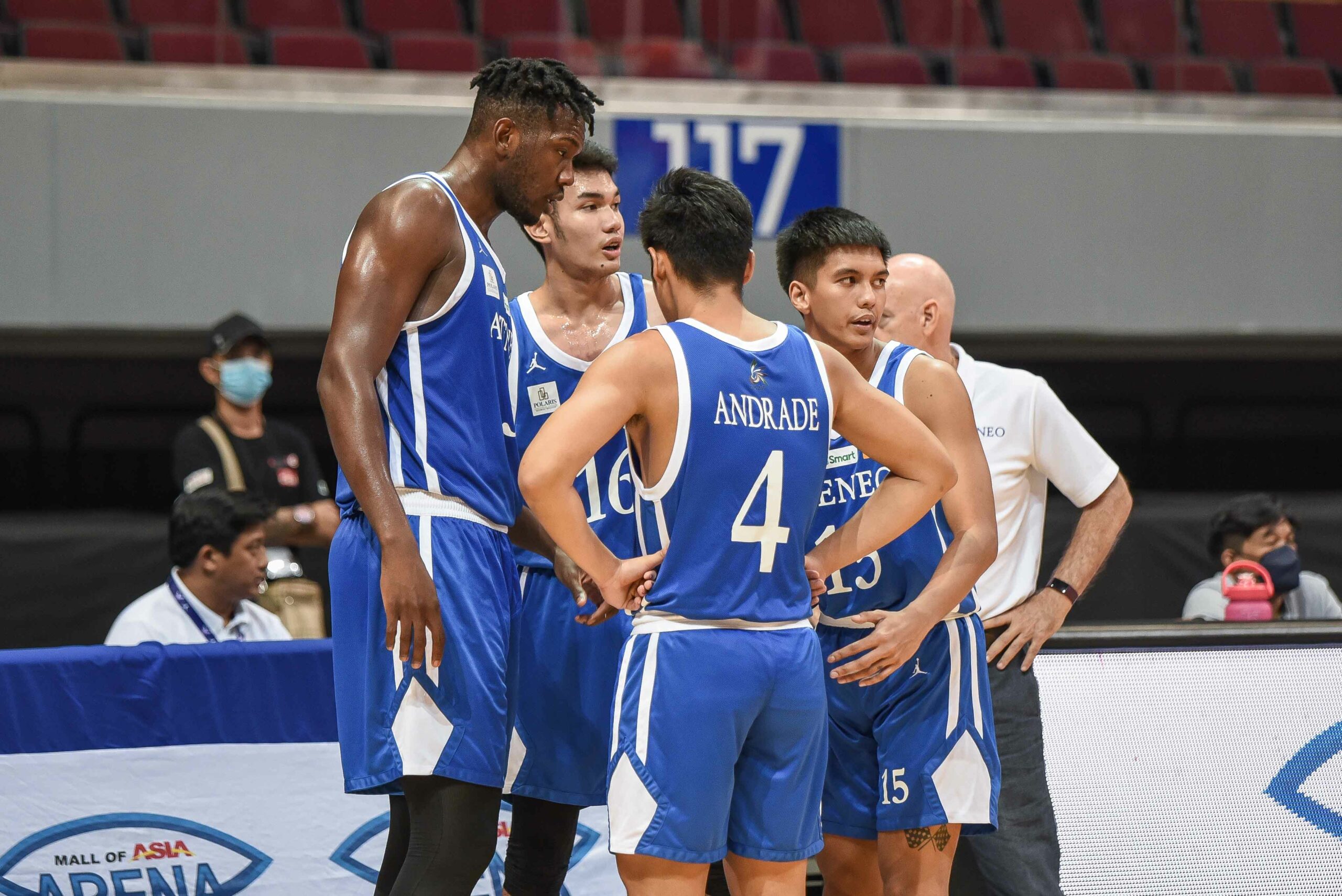 The opening weekend of UAAP Season 84 served as a great appetizer for the whirlwind that was Week 2, which was filled to the brim with bounce-back wins, rallies, upsets, win streaks, losing slumps, and rekindled rivalries.

Despite that loss, the Green Archers themselves didn’t have too bad of a week, pocketing Ws against dark horse NU and contender FEU to remain in a tie with the Fighting Maroons at second place. UST is also well, bouncing back strong after a 0-2 start to the season by reeling in back-to-back victories over winless UE and hard-luck Adamson.

It was a great past few days of college hoops, indeed, and here were the most outstanding players all throughout Week 2. 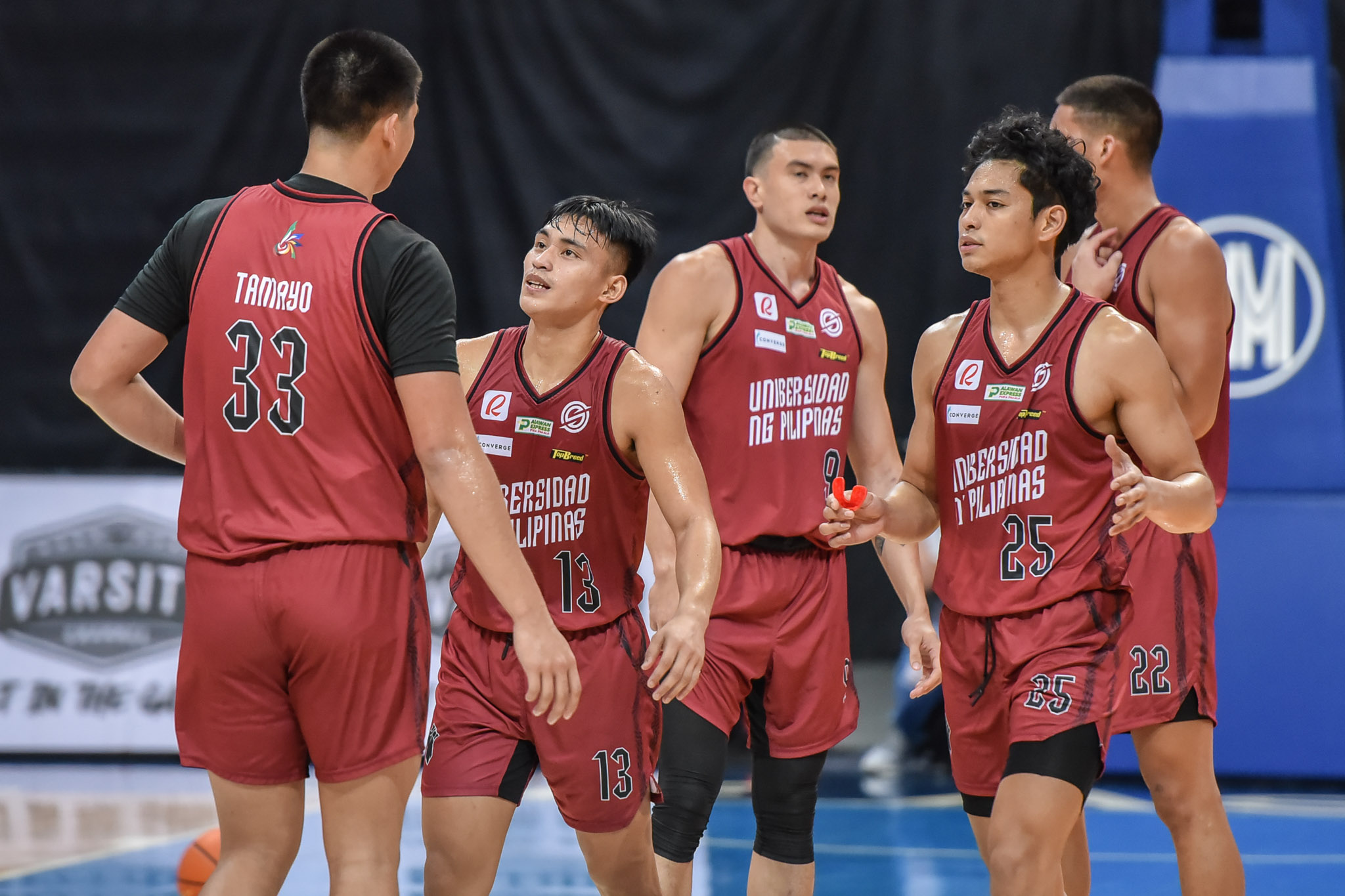 Joel Cagulangan (UP) – 6.0apg, 1.7topg
Honorable Mention: Paul Manalang (UST) – 4.0apg, 1.3topg
– Many expected Gerry Abadiano to be UP’s top floor general this season, but it has been former LSGH Junior Blazer Cagulangan who has really stepped up. He was known for his scoring chops as a former NCAA Juniors MVP in high school and didn’t get to show much of his skills while at DLSU, but now he’s making heads turn in Diliman. 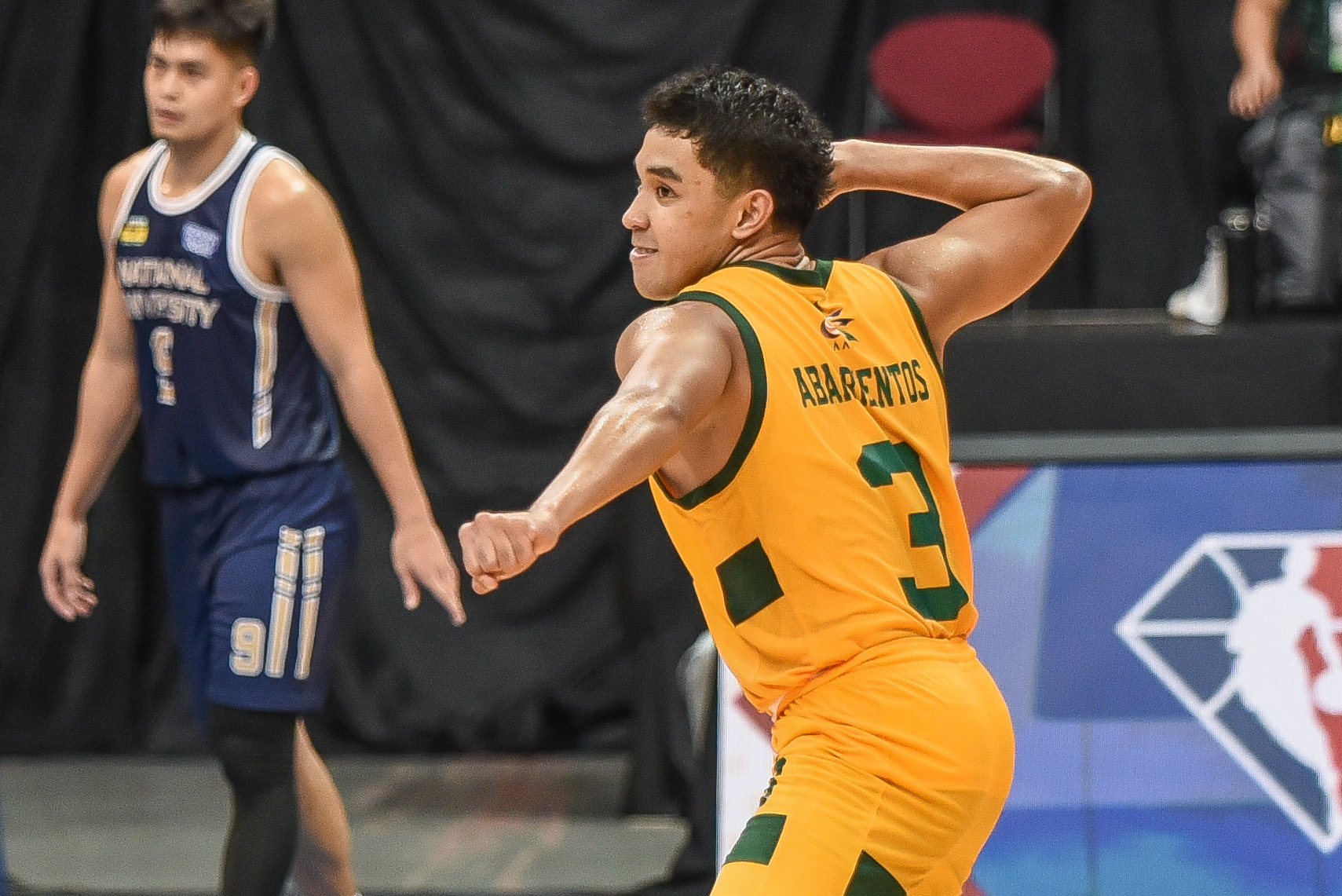 RJ Abarrientos (FEU) – 19.3ppg, 3.3 triples per game, 1.7apg
Honorable Mention: Ricci Rivero (UP) – 17.3ppg, 2.3apg, 2.0 triples per game
– Abarrientos is the second coming of Terrence Romeo for FEU. The way he can score at will (well, almost) and put defenders on skates with his ball-handling is just Romeo-esque. Sure, DLSU put the clamps on him in their matchup this week, but he more than made up for that with a 33-point performance against NU, though the Tams still took the L. 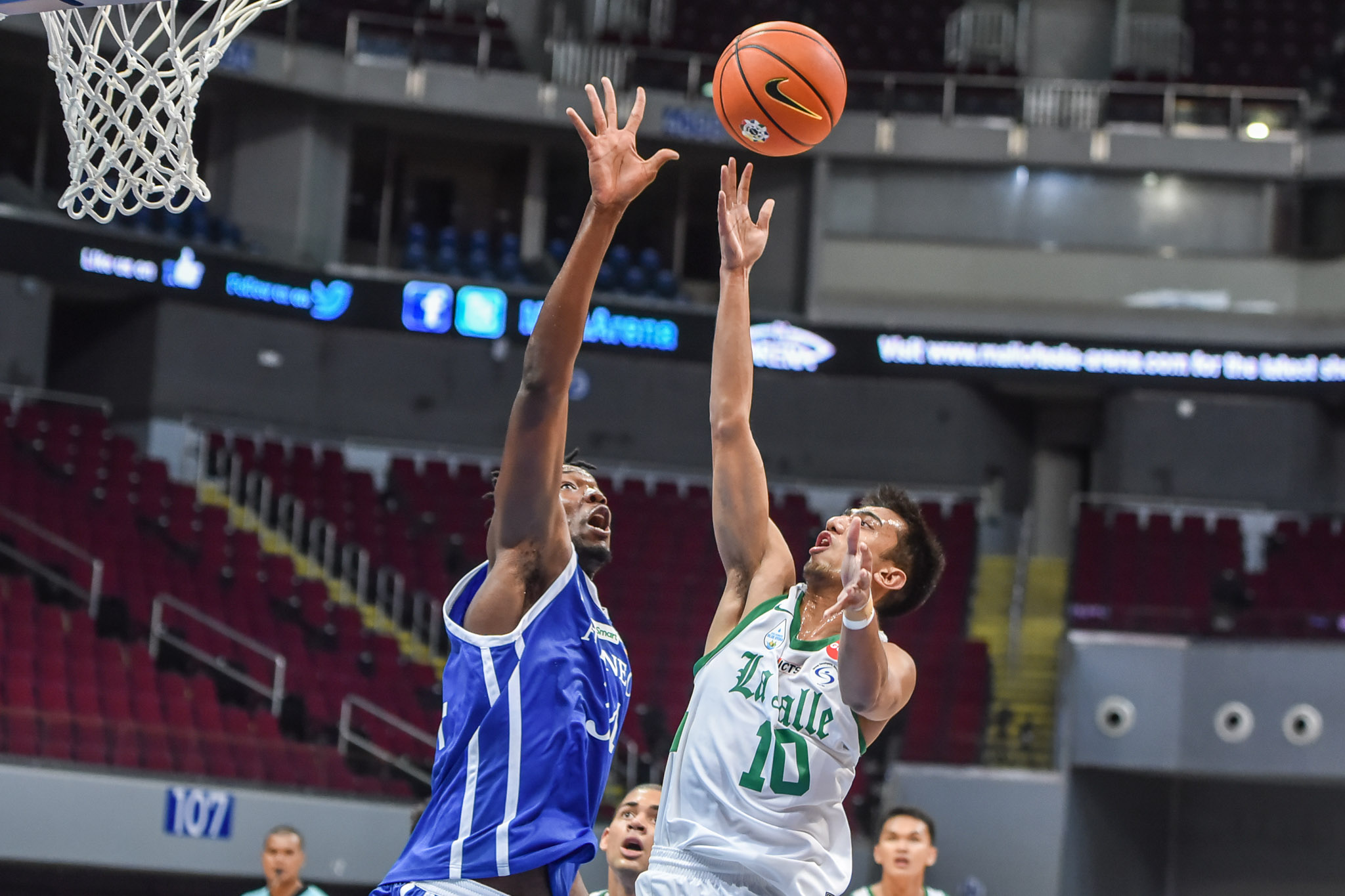 Ange Kouame (ADMU) – 8.7drpg, 1.0bpg
Honorable Mention: Emmanuel Ojuola (FEU) – 7.3drpg, 1.0bpg, 1.0spg
– Ange Kouame was a bona fide tower of power for Ateneo this past week. He was the veritable “King of Rebounds” for the Blue Eagles and successfully anchored their interior defense. He does have some competition with FEU’s Emmanuel Ojuola, who was no defensive slouch himself. 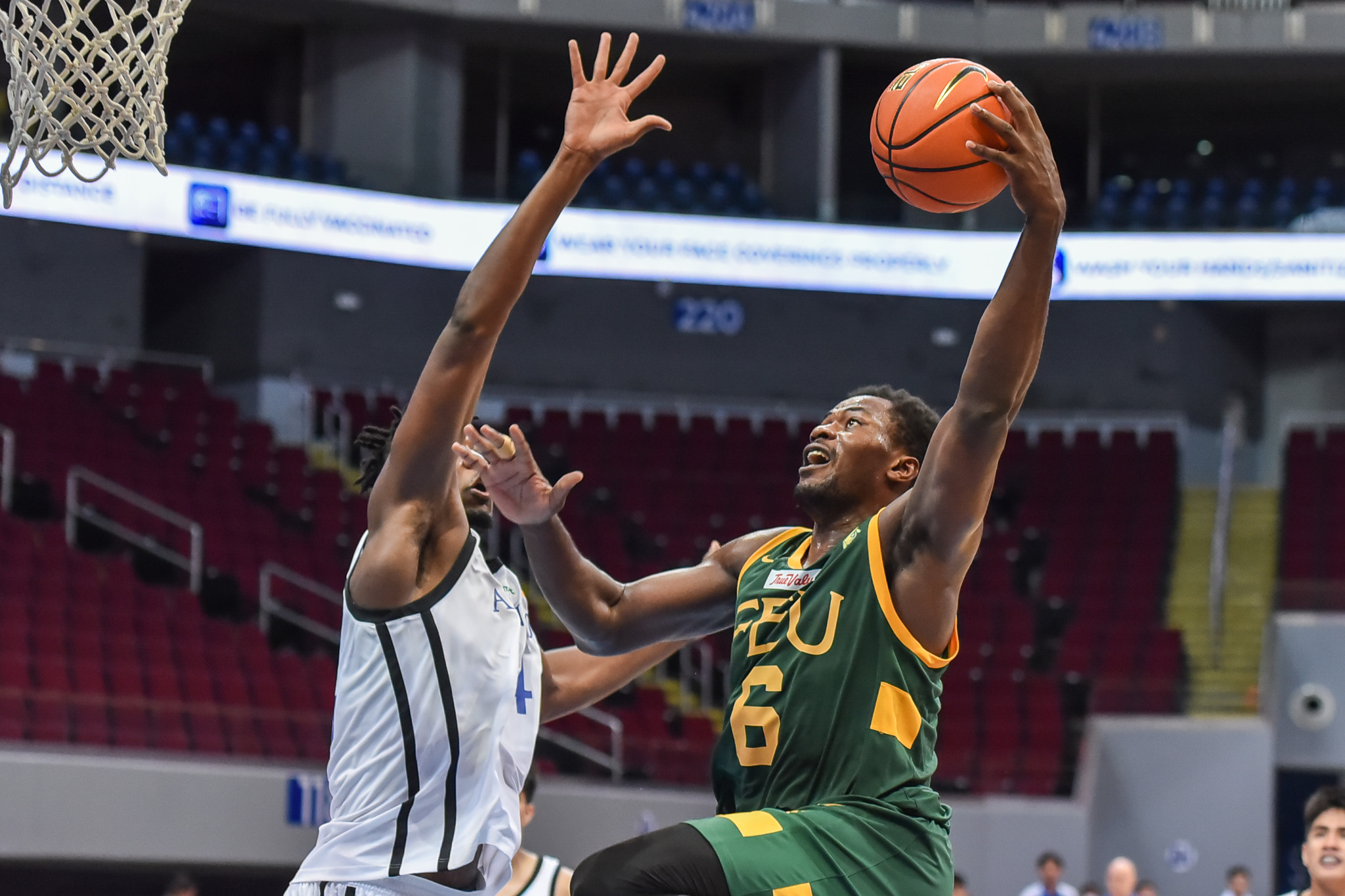 Emmanuel Ojuola (FEU) – 10.3ppg, 12.0rpg, 1.3apg, 1.0spg, 1.0bpg
Honorable Mention: Zav Lucero (UP) – 12.3ppg, 8.0rpg, 1.3apg, 1.3spg, 1.0bpg
– Speaking of Ojuola, the new FEU slotman was a double-double machine this past week, showing some scoring punch to go along with his rebounding and shot-blocking prowess. The much-hyped Zav Lucero also finally showed up for UP, giving us a glimpse of just why some people labeled him “MVP-material” by norming a near-double-double and exhibiting some tantalizing versatility. 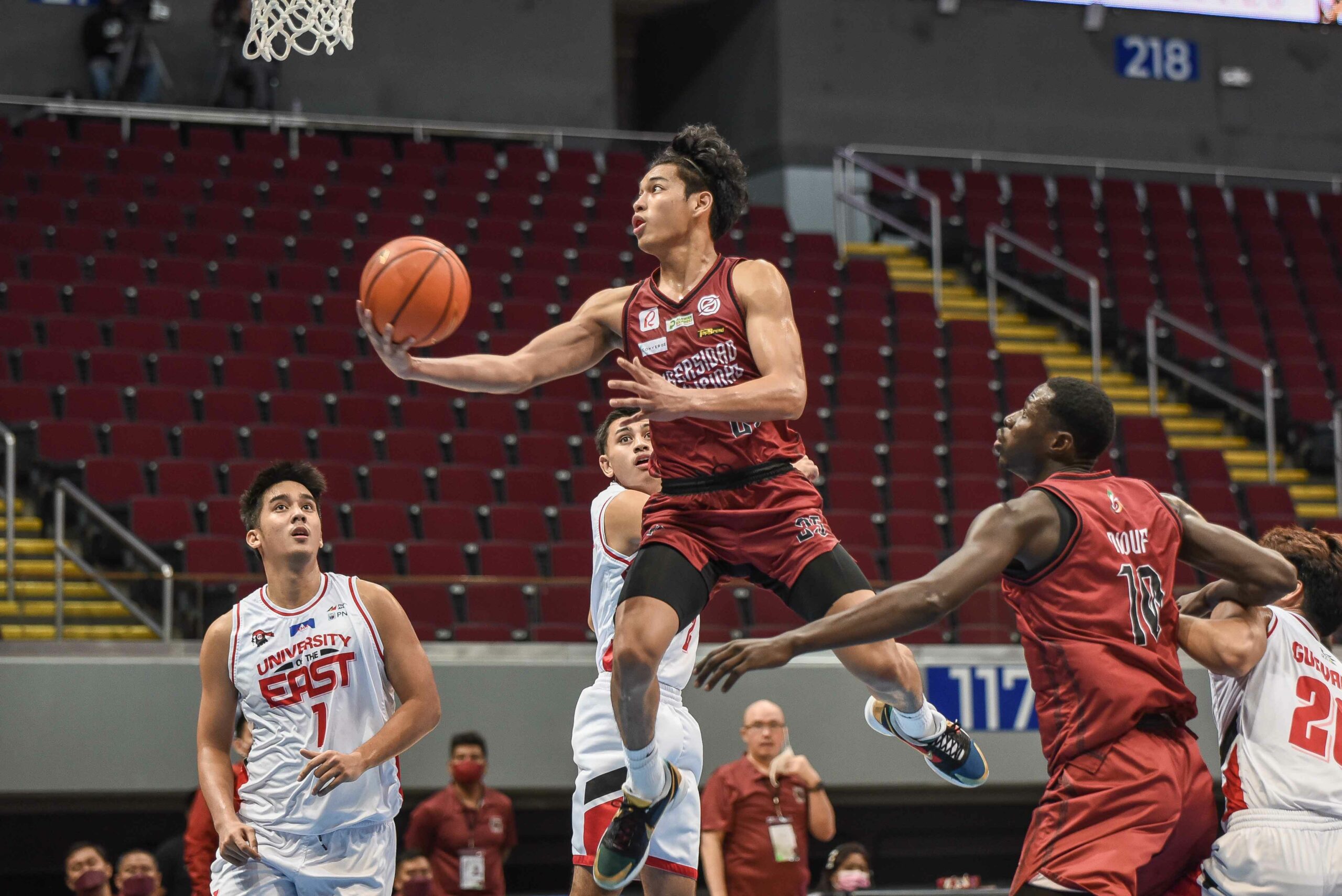 Ricci Rivero (UP) – 17.3ppg, 3.0rpg, 2.3apg, 2.3spg, 2.0 triples per game
– Redeeming himself from a lackluster opening weekend, Rivero warmed his way into the Diliman faithful once more, leading UP to a 3-0 Week 2 record. By virtue of that, the former LSGH and DLSU stalwart has reminded us that he’s certainly more than social media poster-boy material. 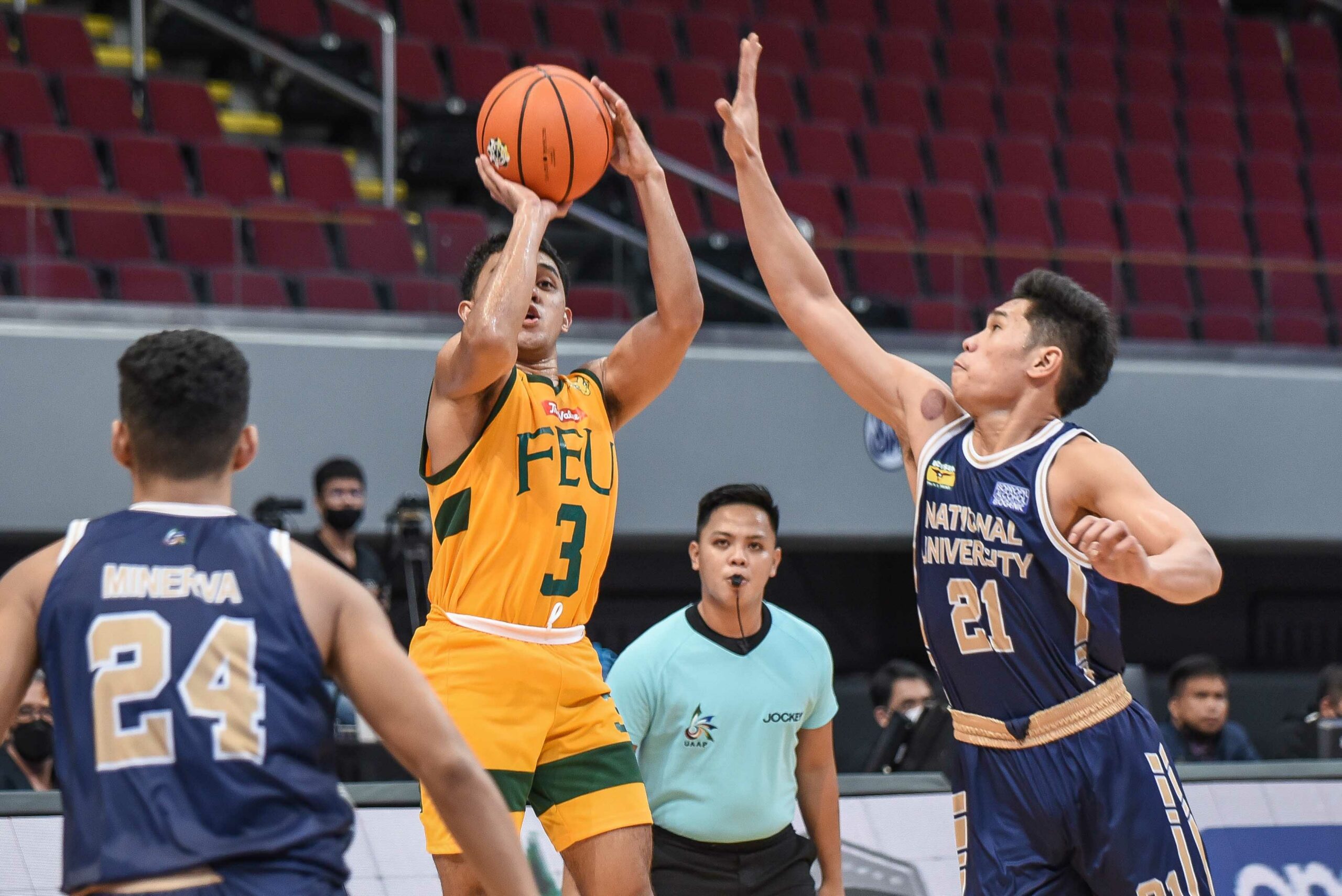 RJ Abarrientos (FEU) – 19.3ppg, 4.0rpg, 3.3 triples per game, 1.7apg
– Despite three Week 2 losses, Abarrientos still makes it to the Mythical Five by virtue of his individual brilliance. I mean, the kid hit 8 treys en route to 31 points in under 30 minutes of play. That’s surely good enough, and well, with UE and Adamson as FEU’s next foes, I shudder to think just how excited he’ll be to go on another scoring binge. 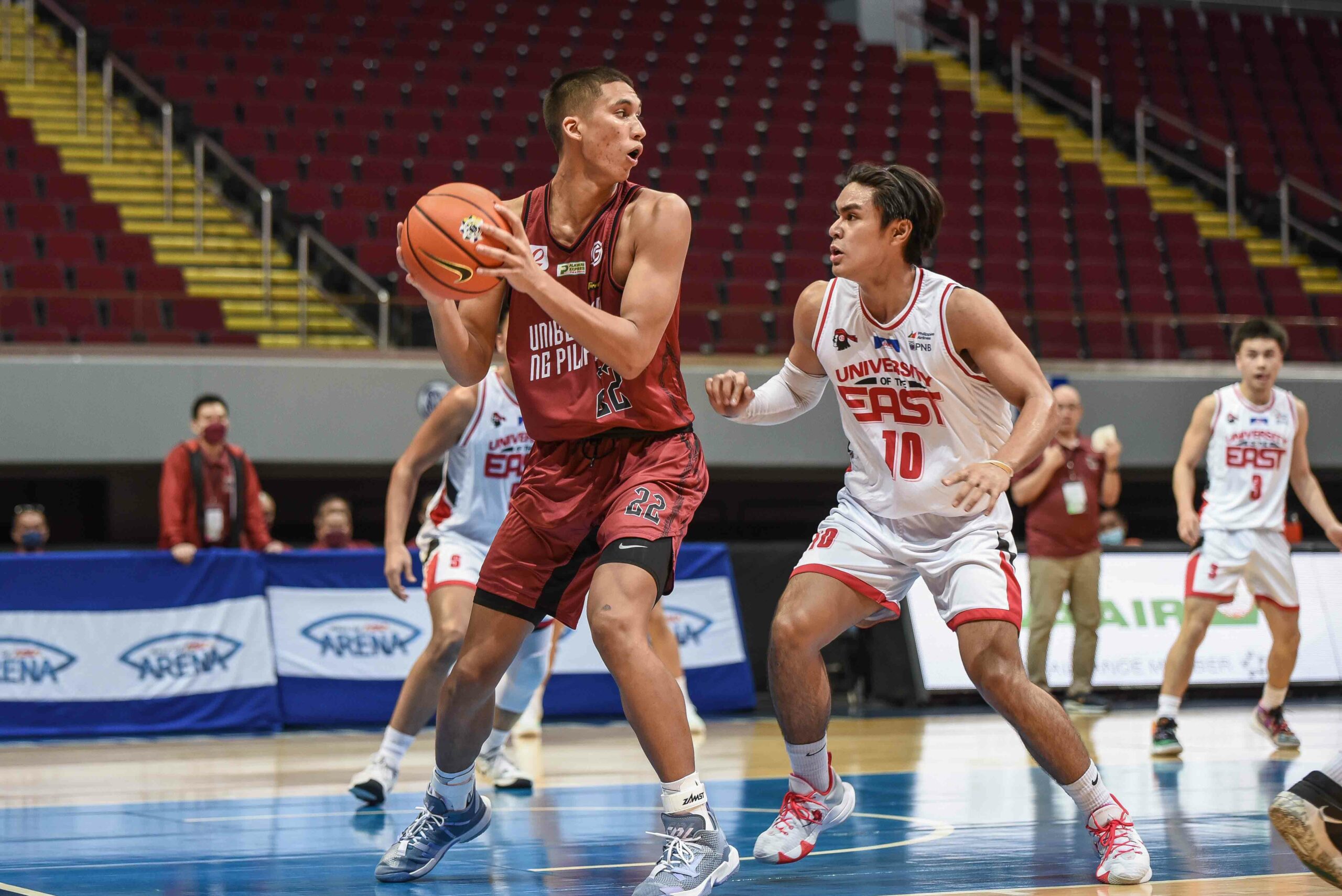 Zav Lucero (UP) – 12.3ppg, 8.0rpg, 1.3apg, 1.3spg, 1.0bpg
– The more you watch Lucero, the more you see how great he can be. His length, athleticism, and energy make him such a dynamo on the court, and his ability to defend on the perimeter also makes him an interesting option at the 3 alongside Carl Tamayo and Malik Diouf. I smell more good things coming from this kid. 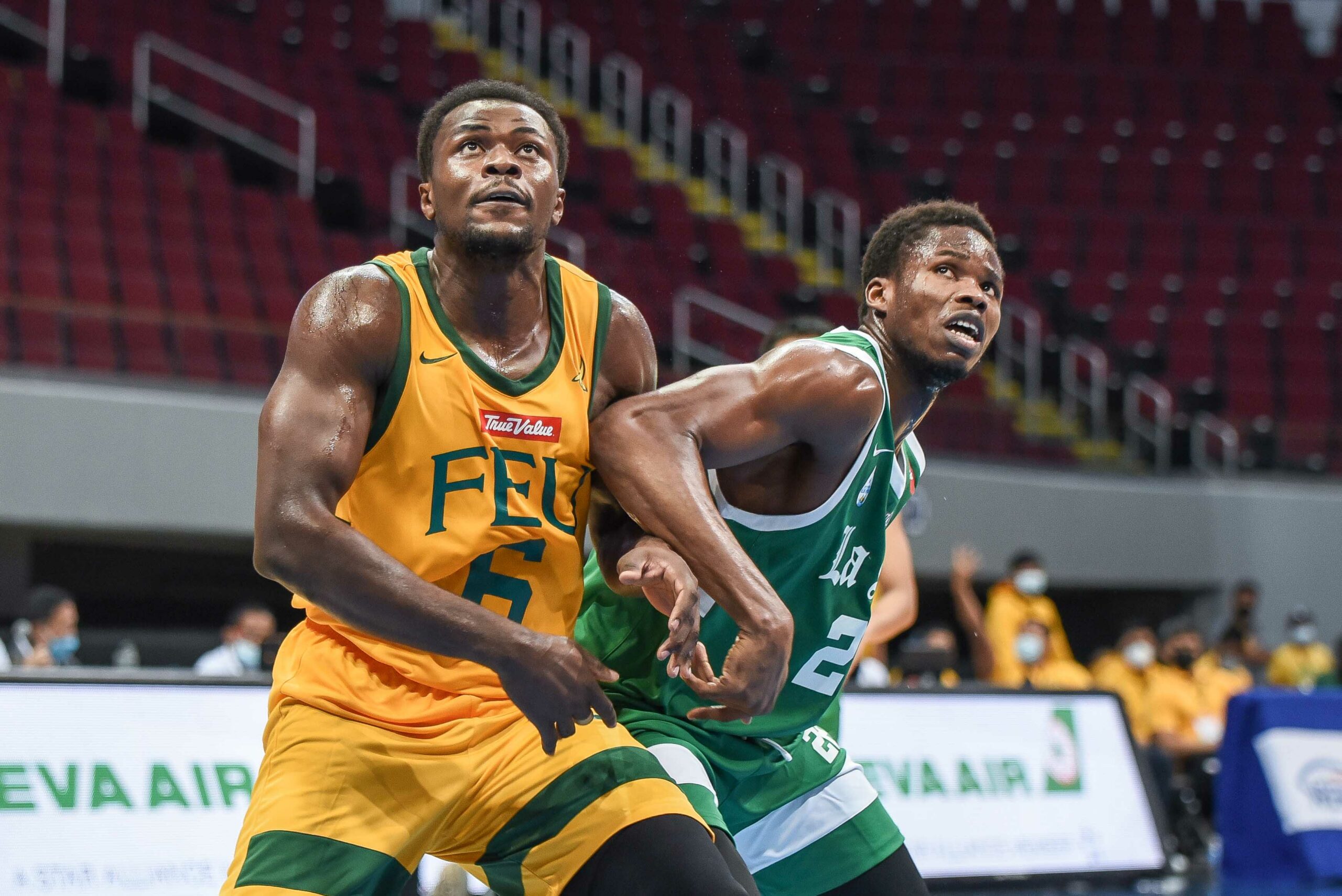 Emmanuel Ojuola (FEU) – 10.3ppg, 12.0rpg, 1.3apg, 1.0spg, 1.0bpg
– Ojuola’s 15-point, 17-rebound effort against the defending champs was an eye-opener. Now, yes, FEU doesn’t look good staring up from a tie for 6th place at the moment, but that probably won’t last long as the Tamaraws face the Red Warriors and Falcons next. Ojuola should dominate against UE, while his tussle against Adamson’s Lenda Douanga should be very interesting. 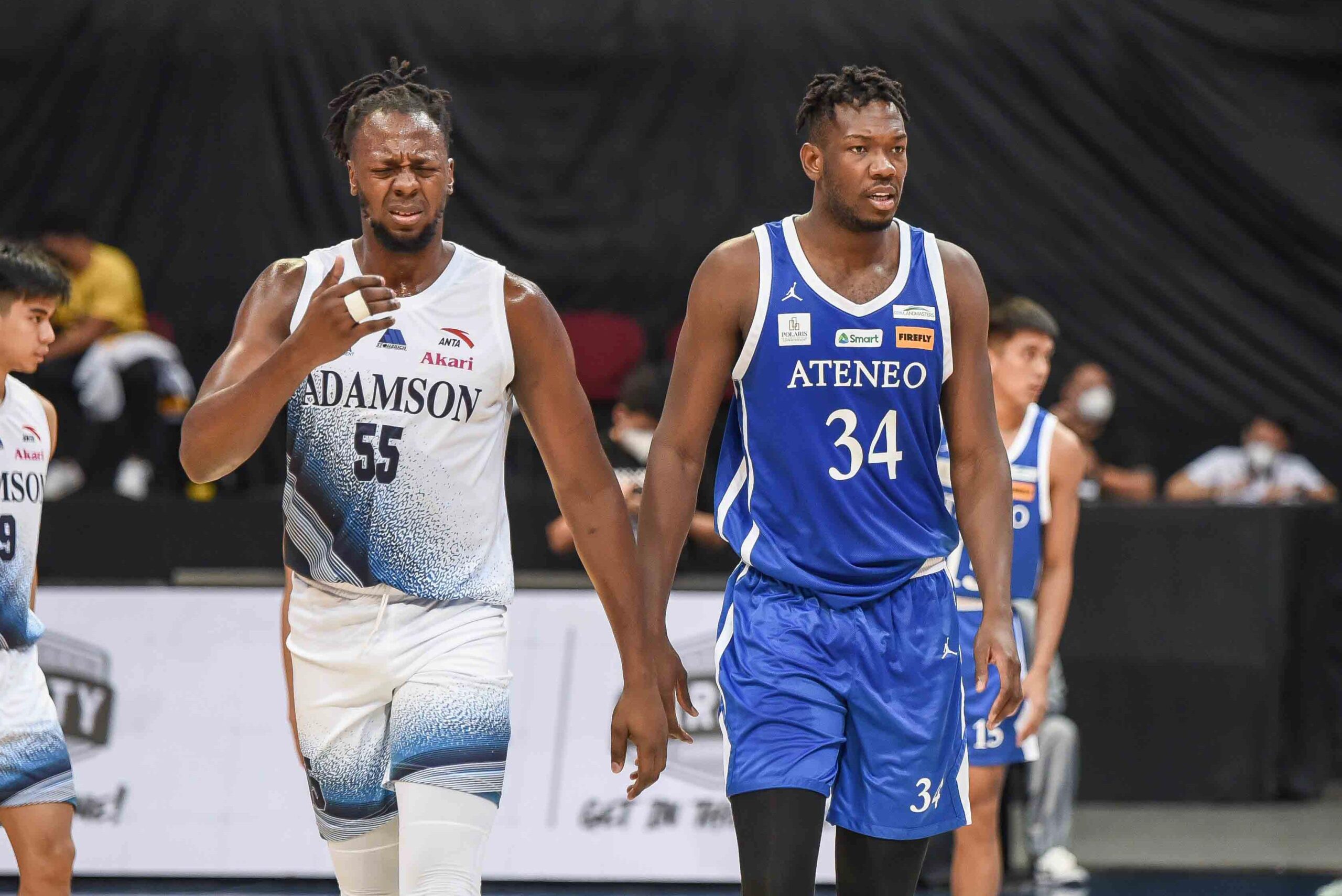 Ange Kouame (ADMU) – 12.7ppg, 13.3rpg, 1.0bpg, 54.8 FG%
– Kouame was just a picture of efficiency for the Blue Eagles this past week. He had to bleed for his points against FEU, but he was a double-double nightmare for Adamson and DLSU. In terms of simple player efficiency, Ange was +14 against FEU, +21 against Adamson, and +32 against DLSU. It really seems like Ange is just getting better with each passing game day, and if that’s not scary for the other seven teams in the UAAP, then I don’t know what is. 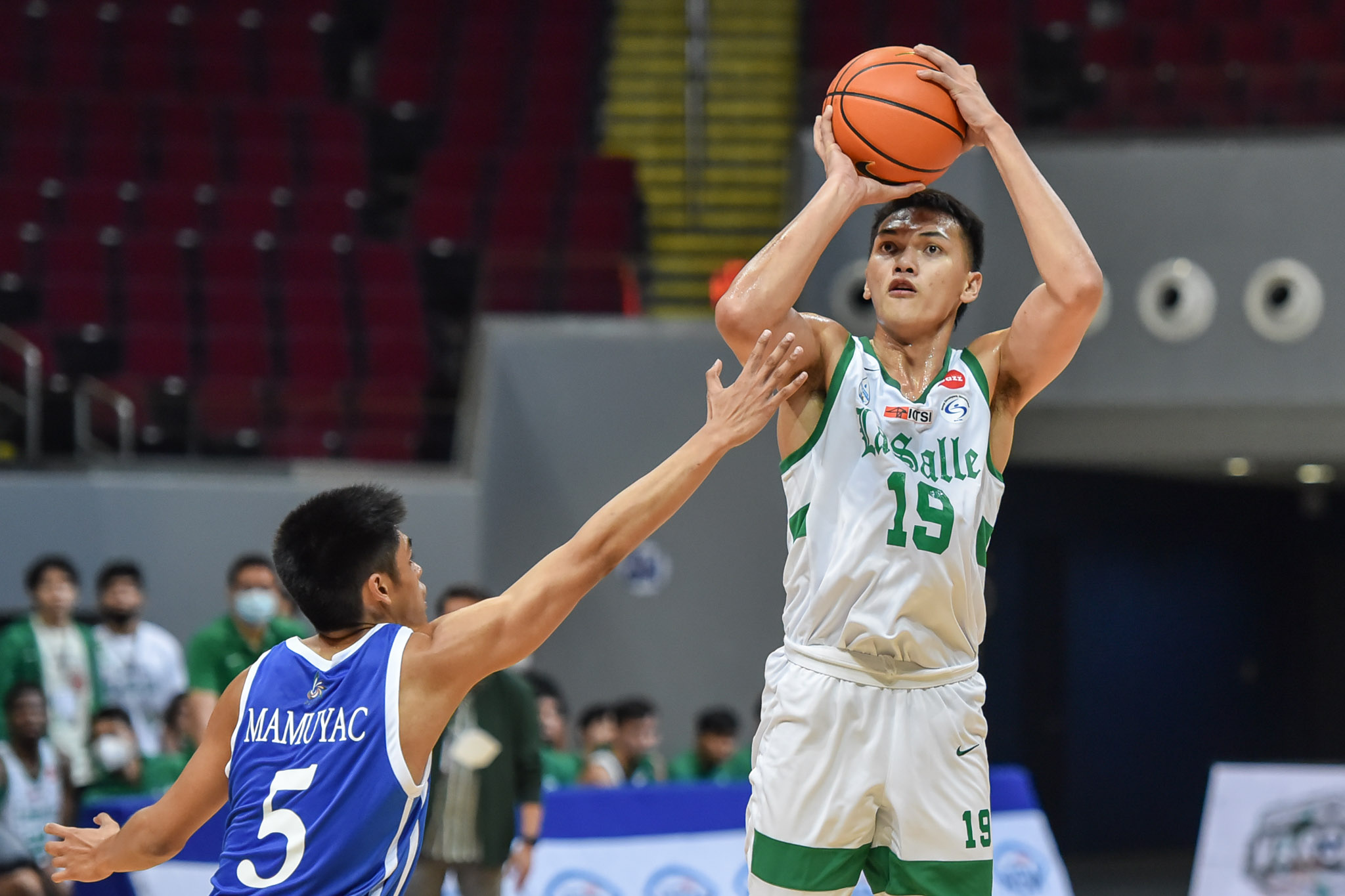 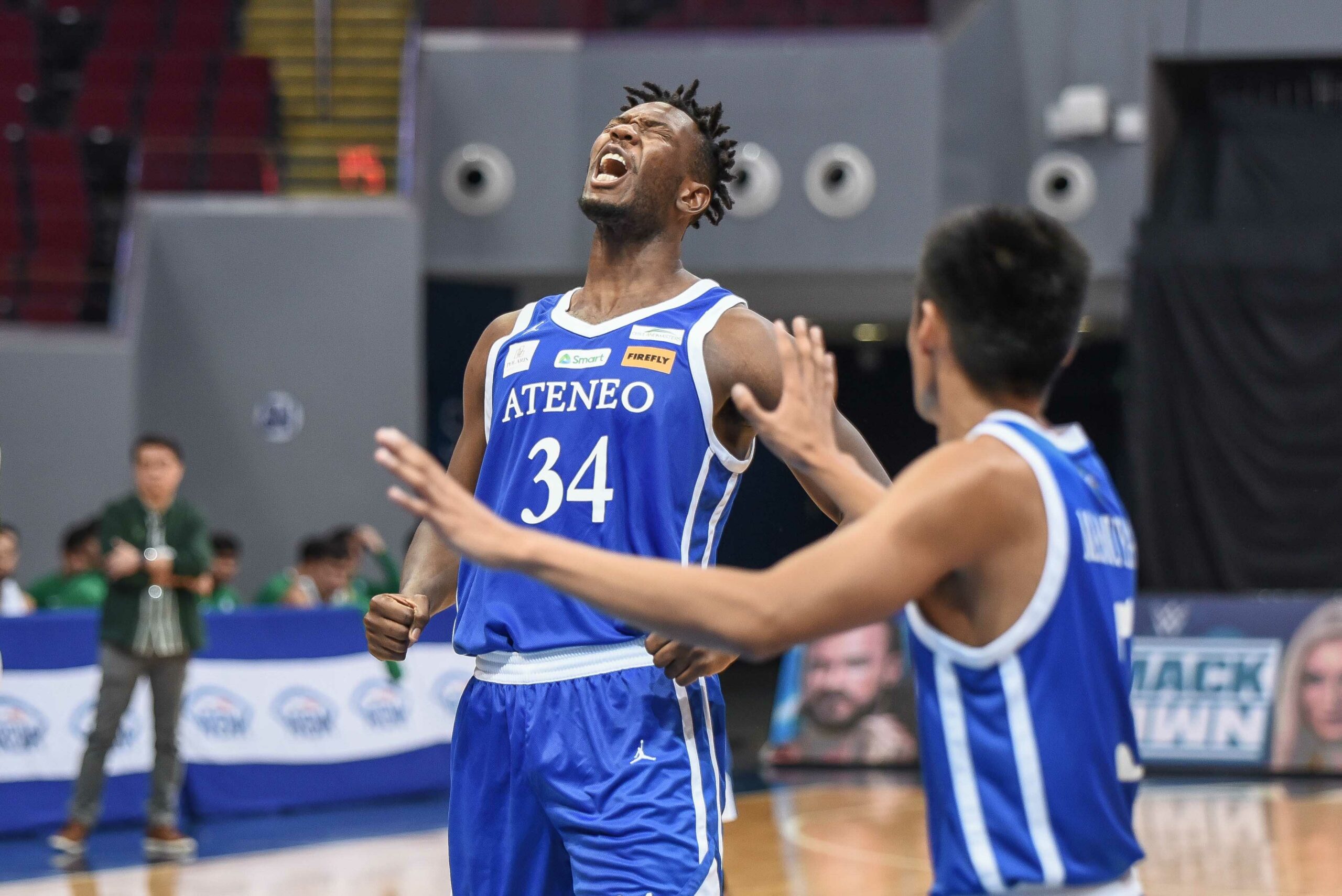 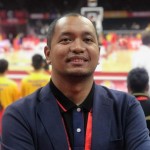 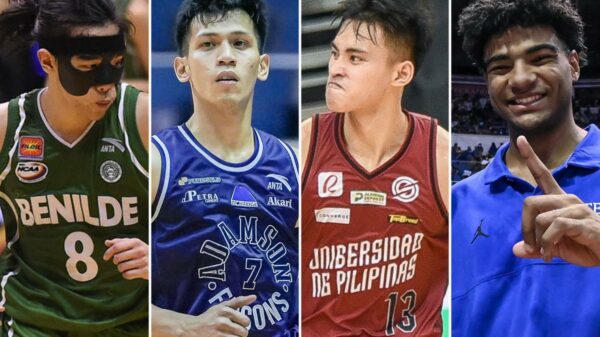 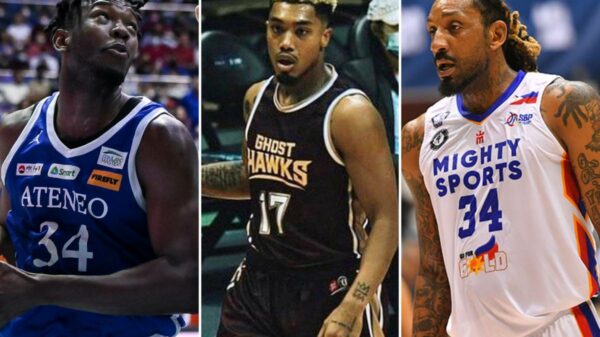 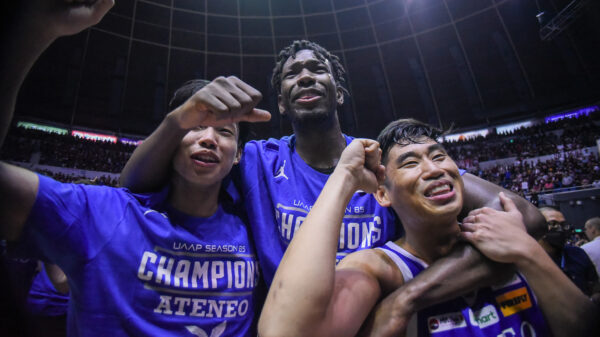 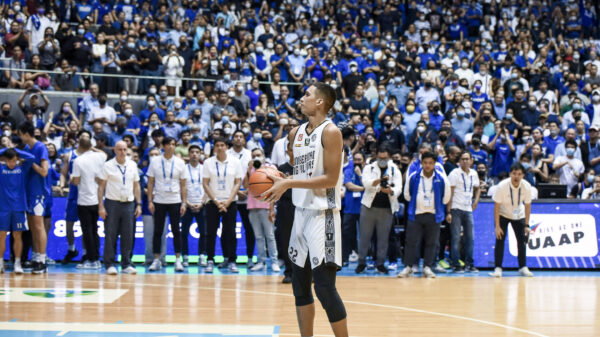