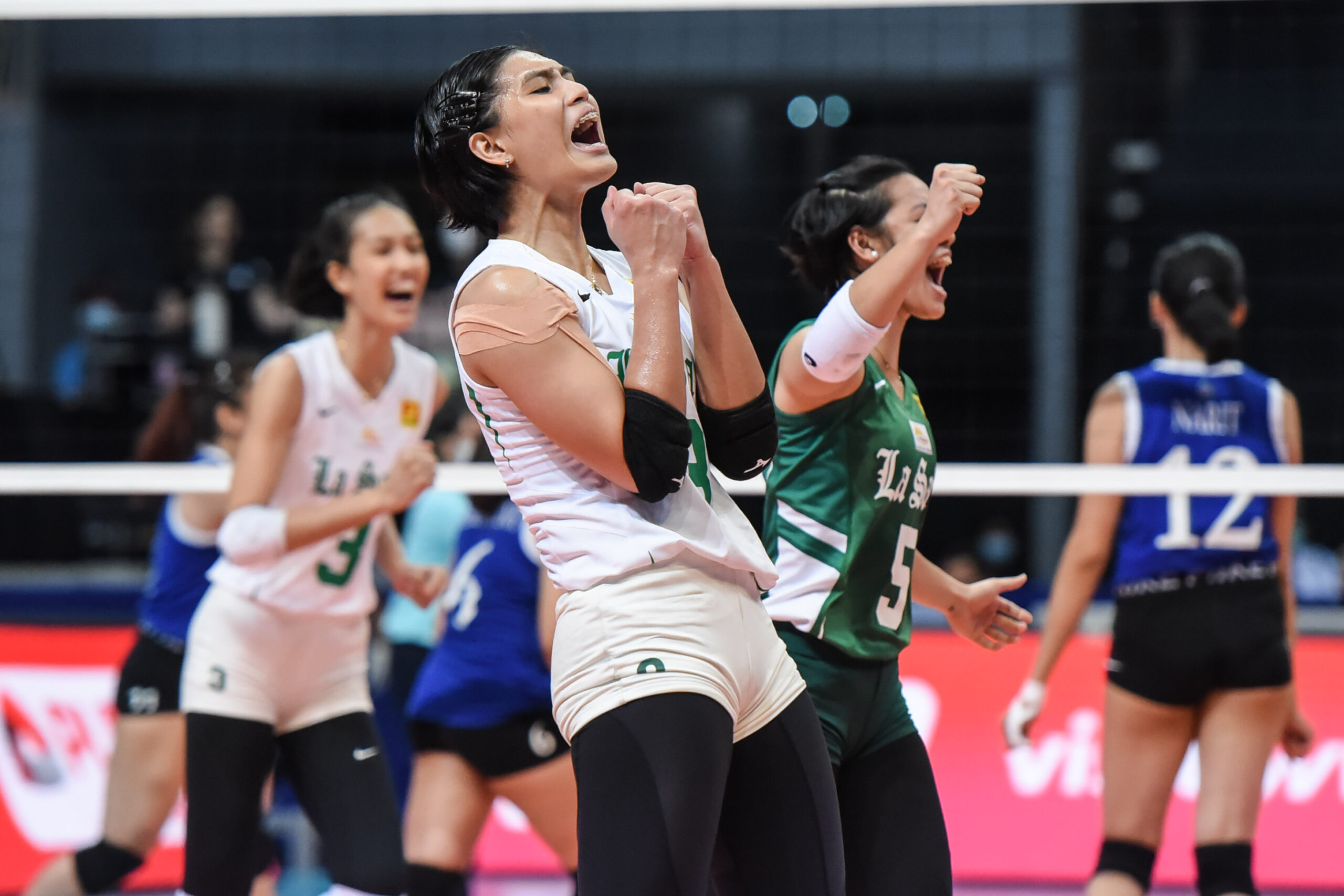 The Lady Archers rose to 10-3 to strengthen their hold of the second seed and a possible twice-to-beat advantage in the postseason, still a game ahead of third-ranked University of Santo Tomas at 9-4.

Ahead by just a point in the deciding fifth set, La Salle strung together three straight points with two of them coming from Blue Eagles errors to reach match point, 14-10.

But Faith Nisperos scored on a block before Takako Fujimoto nailed a service ace to pull Ateneo within two, 12-14. However, Jyne Soreño laced an off-the-block kill for the victory.

AC Miner was activated by Jaja Maraguinot for a running attack to seal the first set for Ateneo, 25-19.

But Thea Gagate had her moments in the second frame, capping it with back-to-back kills, to put La Salle leveled with its foe at one set apiece, 25-18.

With Gagate heating up down the stretch of the third period, Vanie Gandler finished it with a check ball, a call that was contested by the Lady Spikers, to allow Ateneo to be a set away from the win, 25-20.

However, La Salle came out of the break firing, zooming to a 14-5 start in the fourth set but the Blue Eagles clawed back to within two, 22-24, before Gagate sent the game to a decider with a quick kill, 25-22.

Soreño played another huge game against Ateneo with 17 points off the bench, while Alleiah Malaluan had the same tally with 17 as well to go with 13 excellent receptions and 12 digs.

Dela Cruz unleashed her best performance this season with 14 points, while Thea Gagate chipped in 12 points. 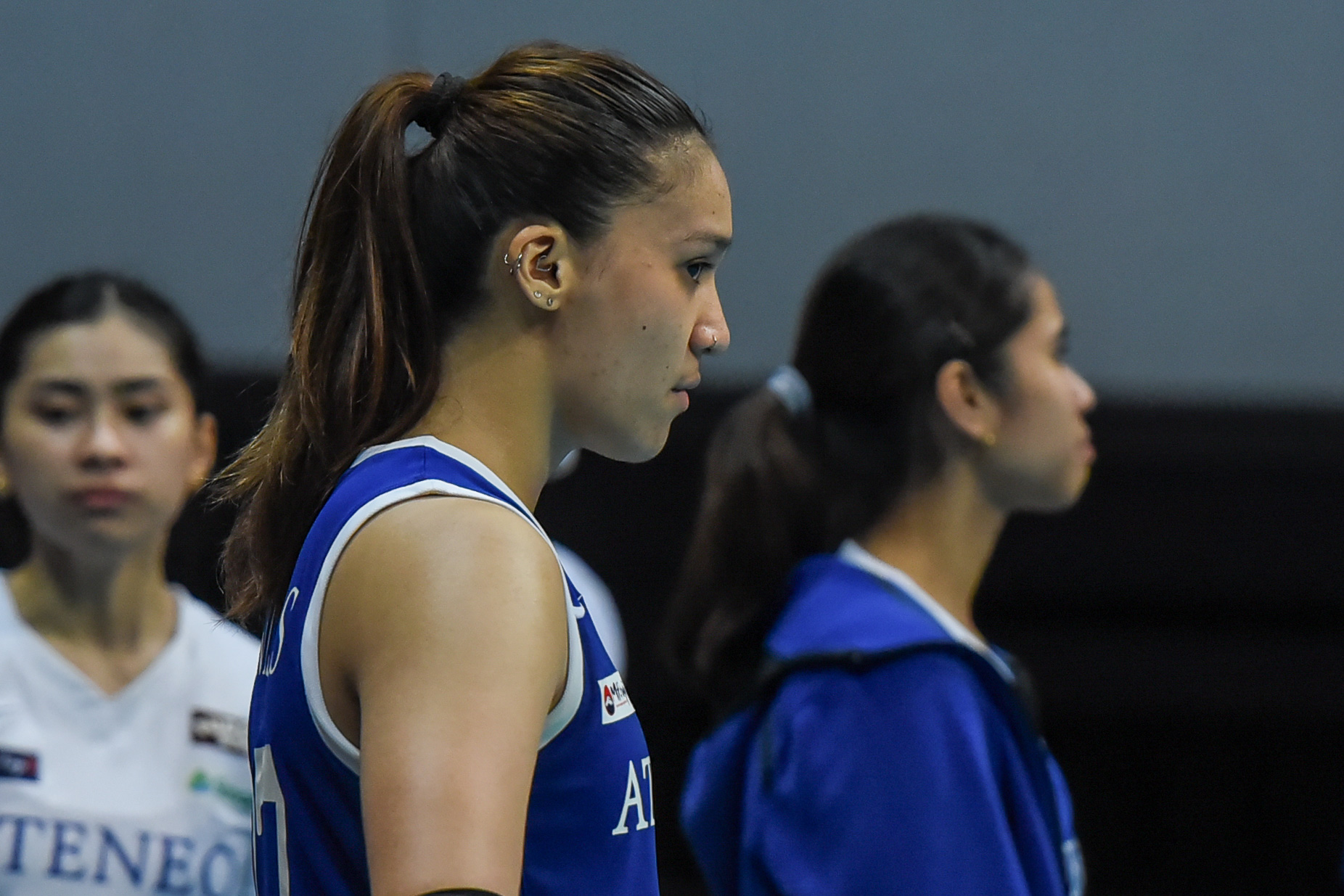 The Blue Eagles fell to 7-6, still at fourth but just half a game ahead of Adamson University at 6-6 with still a match to play later.