National University bagged its first-ever UAAP women’s chess title at the conclusion of the Season 84 chess tournaments on Wednesday evening at the FEU Engineering Building Auditorium in Sampaloc, Manila.

The Lady Bulldogs, who virtually bagged the title before the day’s matches, lost to De La Salle University, 1.5-2.5, on the final day to finish the tournament with 26.5 points. NU went out with seven wins, one draw, and one loss after both eliminations and the Final Four round. 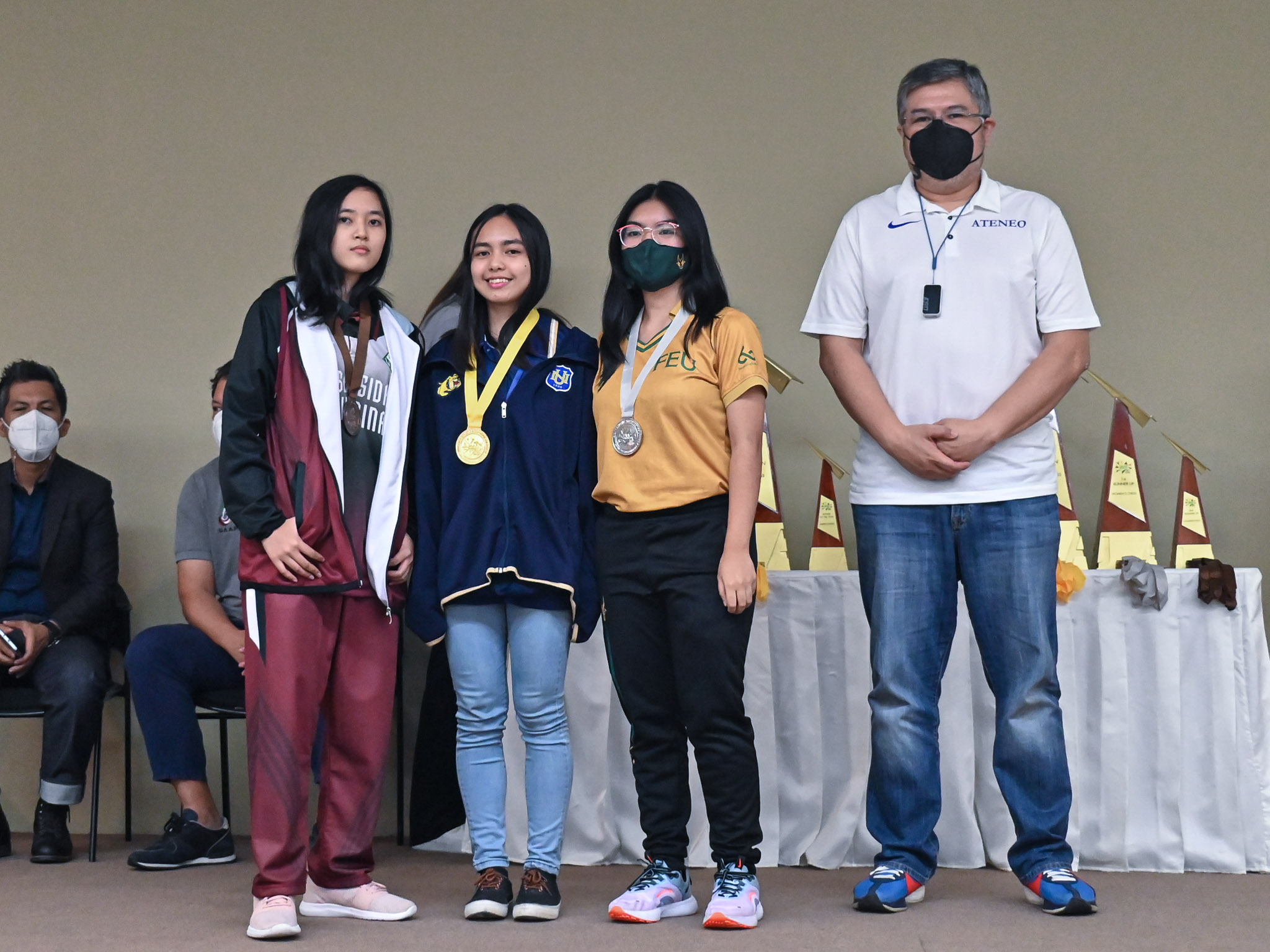 NU rookie WFM Allanney Doroy went undefeated in all her six matches to bag the Rookie of the Year and Most Valuable Player awards to go with her Board 2 gold. 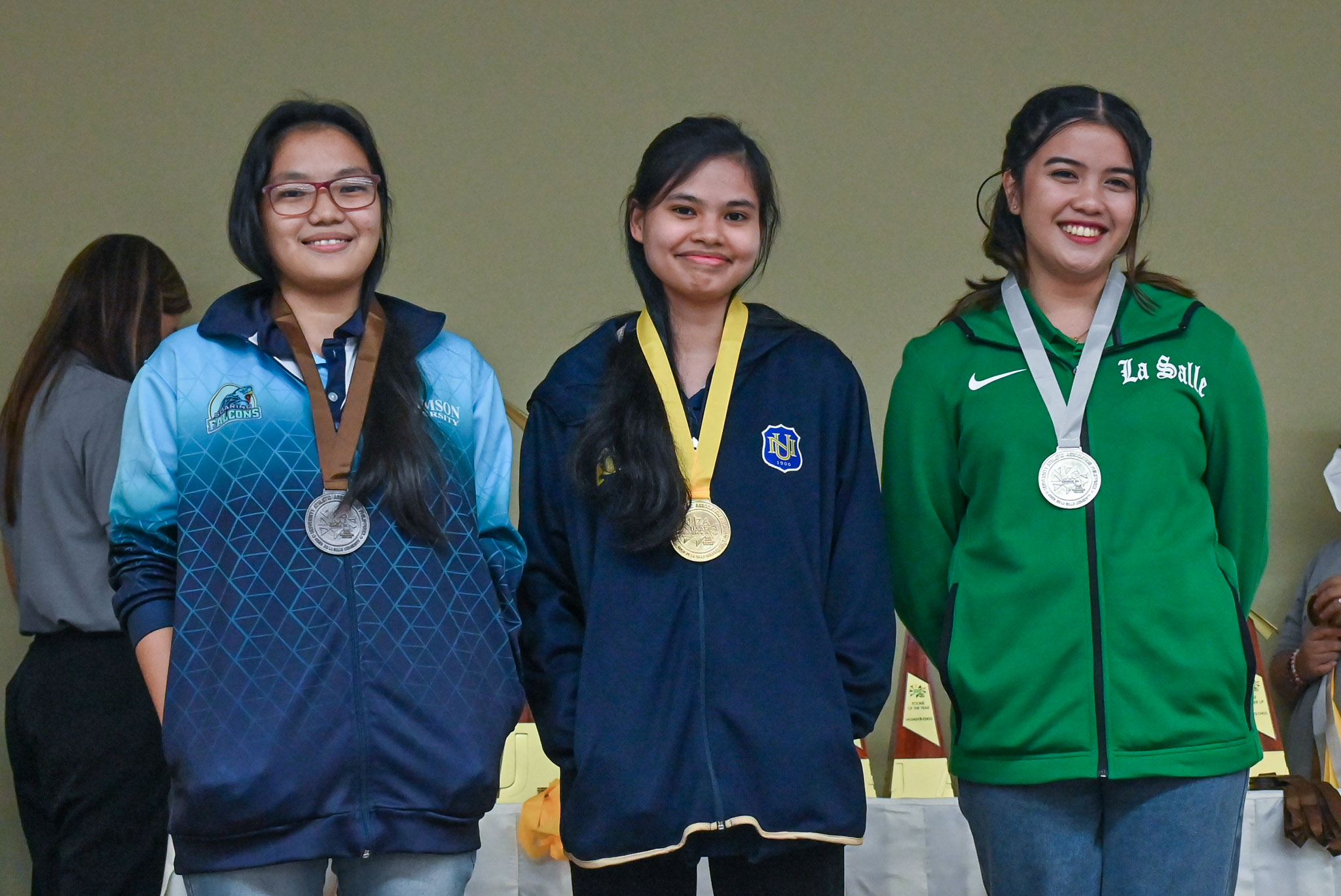 Teammates Princess Ballete topped Board 1 on a 60-percent winning clip and Jesca Docena took Board 4 win with 4.5 points on a 75-percent clip. 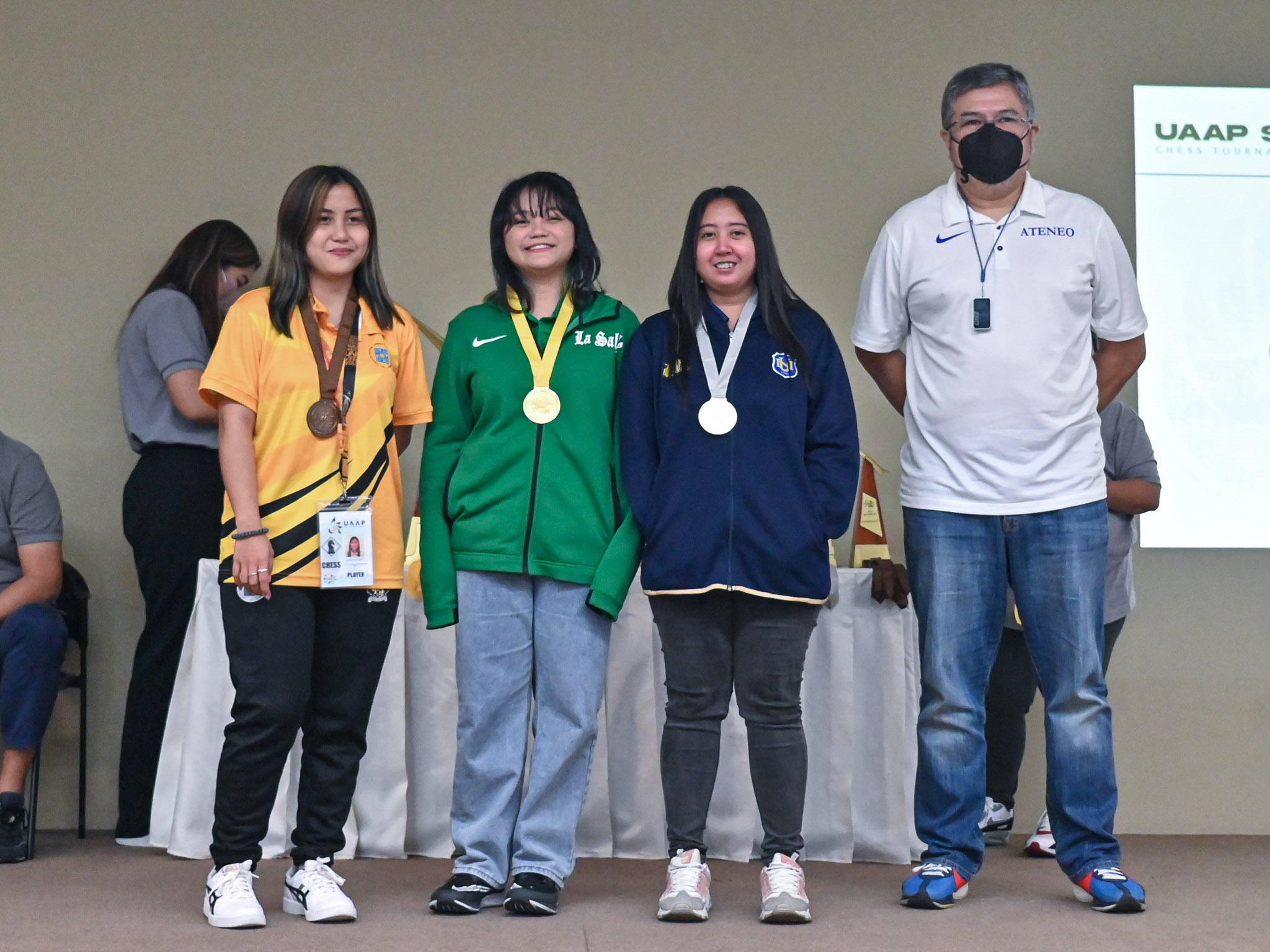 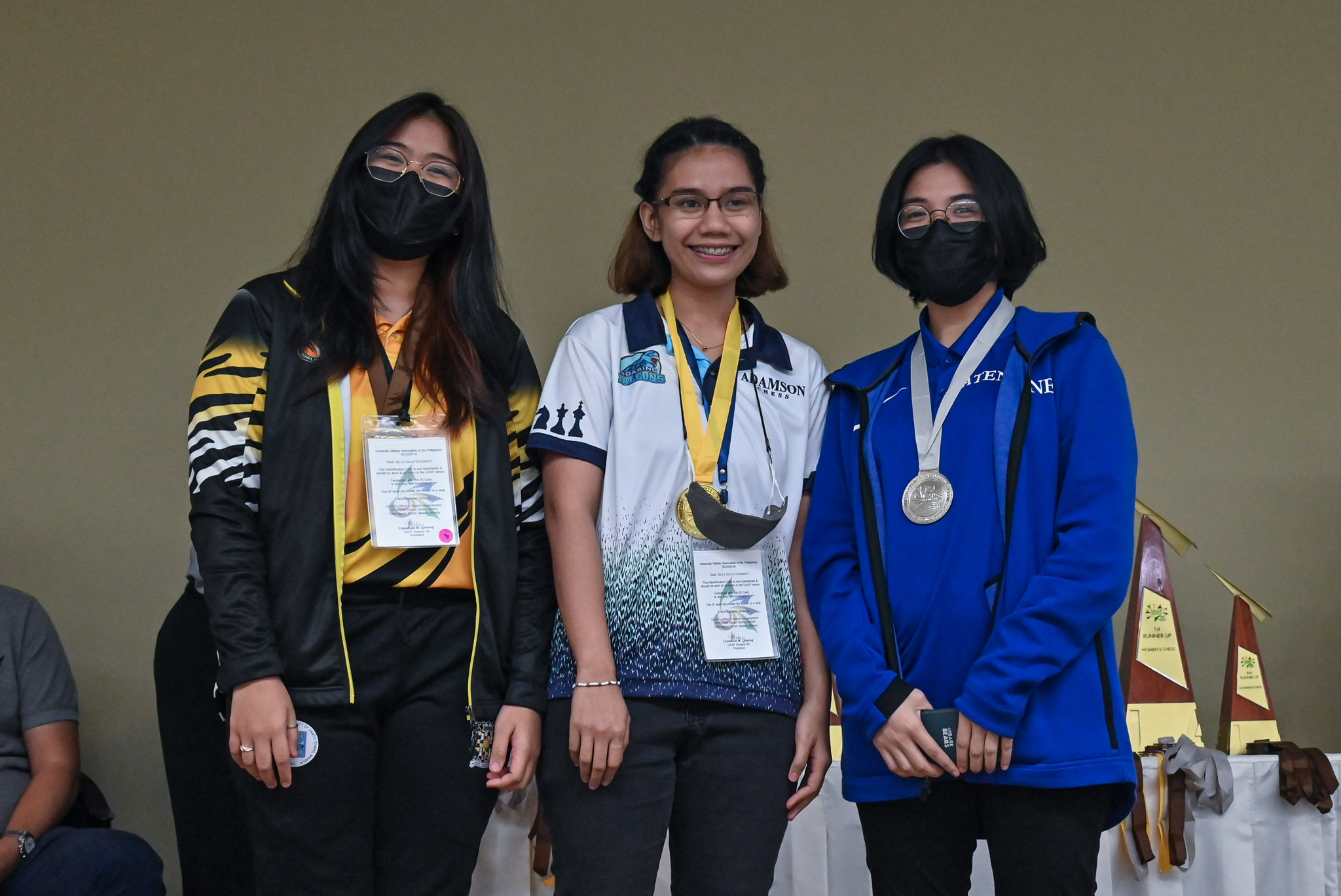 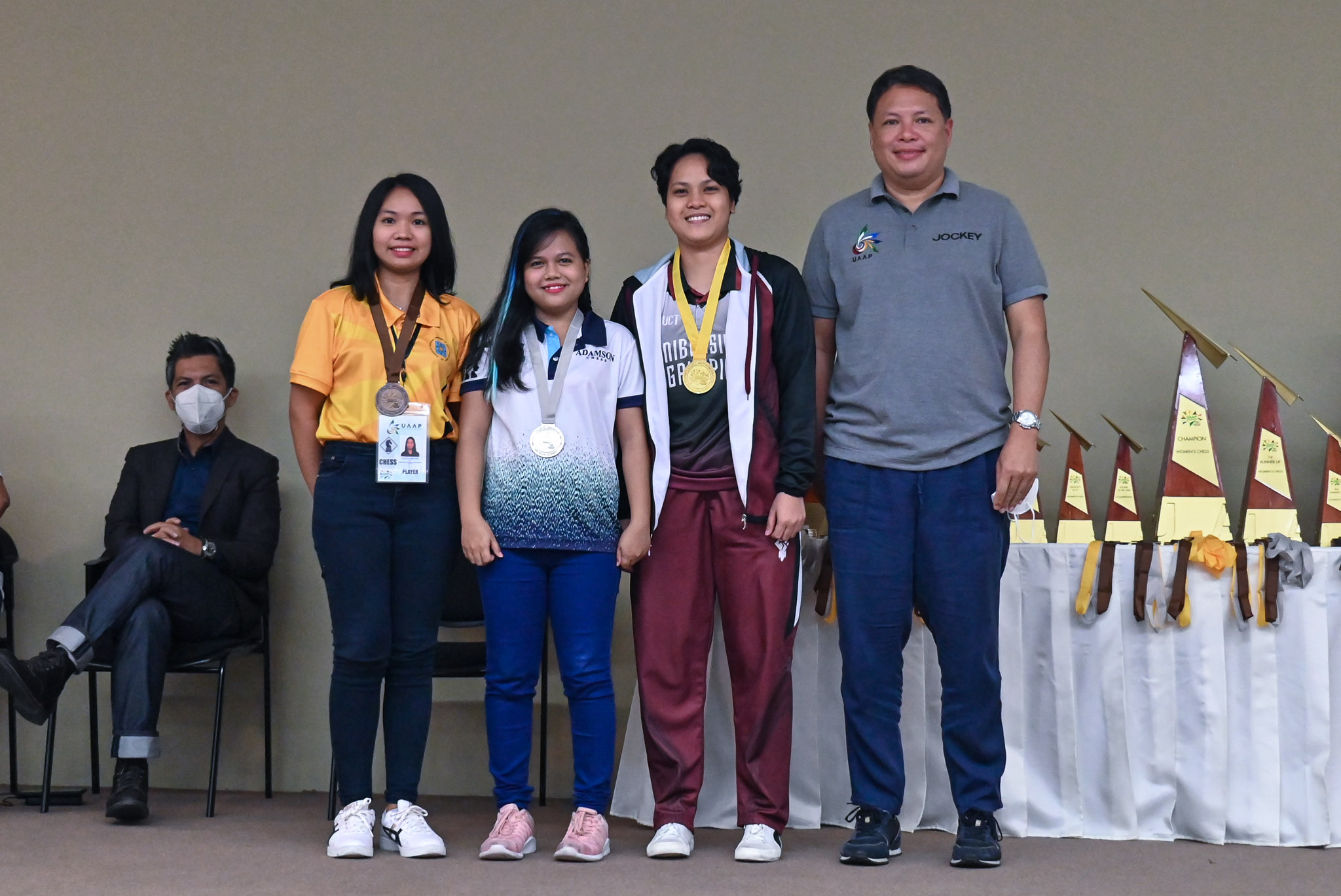 La Salle’s Francois Marie Magpily snagged the Board 3 gold over NU’s Kylen Mordido with a head-to-head matchup win. Jellie Ann Magro of Adamson and Katherine Bunao of UP took the Board 5 and 6 golds, respectively, with three points and two points, respectively.

Far Eastern University barely missed the Final Four on match points with four, despite tying Ateneo and Adamson with 11.5 points after the eliminations.

University of the Philippines and University of Santo Tomas wound up in sixth and seventh places with 10.5 and 7.5 points, respectively.