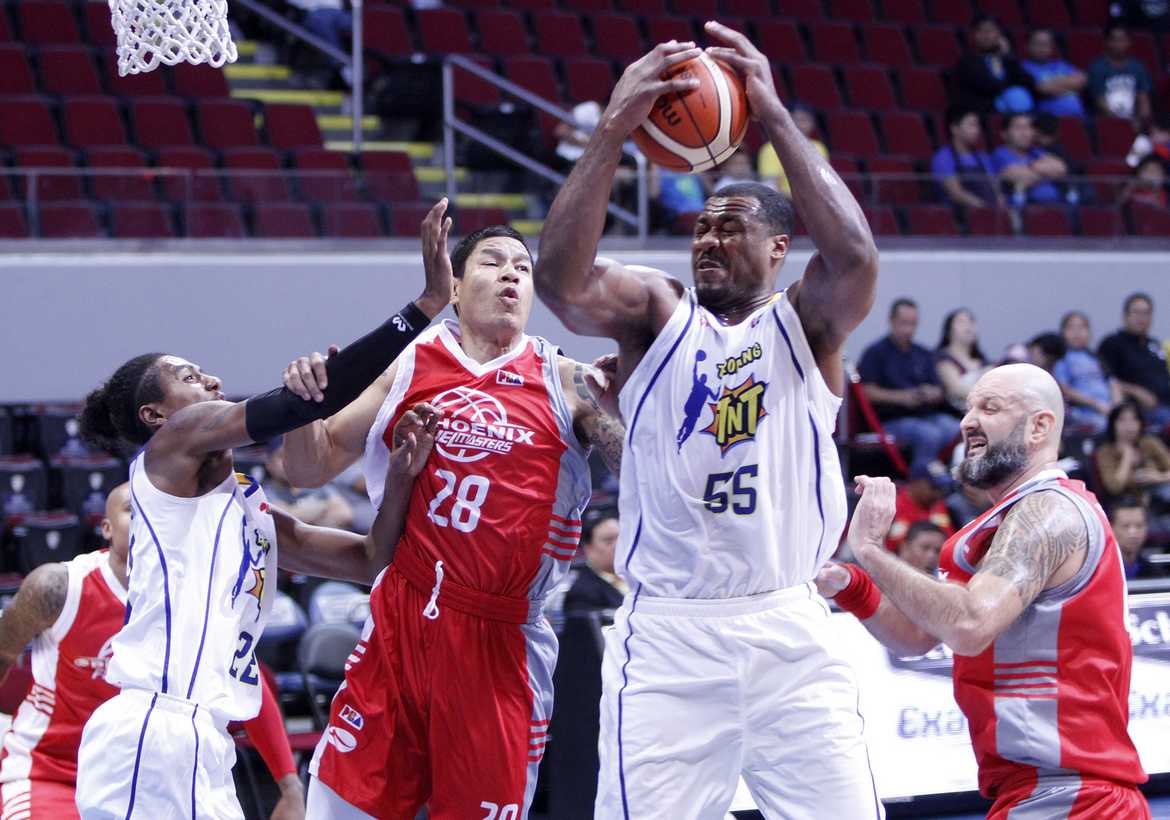 “I guess everybody enjoys playing with him. He maximizes his teammates’ strengths,” TNT head coach Jong Uichico said of the team’s import.

TNT were on fire from three-point area in the match, converting 15 of the team’s 32 tries. Tropa opened the match on a 19-7 run highlighted by triples from de Ocampo and Castro.

Tropa asserted control of the match after that point, and were barely threatened save perhaps for a run in the third period by the Fuel Masters, wherein JC Intal scored five straight points to cut the TNT lead down to only 71-67.

But TNT poured 33 points in the final quarter, closing the game strongly to prevail.

Uichico noted the importance of avoiding another loss that could have pushed TNT even deeper down the cellar of the team standings.

The mentor added, though, that the win shouldn’t be a cause for any celebration just yet, but the team should build positives from the victory.

“We shot pretty well tonight compared to the last games. It’s only one game. We will see in the next games. We can’t say one lost game is down the drain na, or one won game is pataas na. But we should build something from this. I am more concerned with the way we are playing. Can we improve? Can we sustain? If we can take care ourselves, we can go a long way.”

Kevinn Pinkney, who replaced Kenny Adeleke, debuted for the Fuel Masters and topscored with 26 points, although he shot only 6-for-21 from the field.

Intal and RR Garcia were the only two Fuel Masters in double-digits, adding 16 and 14 points, respectively.