CAVITE — With a few weeks left in the PFF Women’s League, De La Salle University sits comfortably at the top of the standings, having broken into the 40-point mark and also extending their unbeaten streak to 15 matches at the Training Center.

Tuloy survive momentum shift to hang on for crucial victory 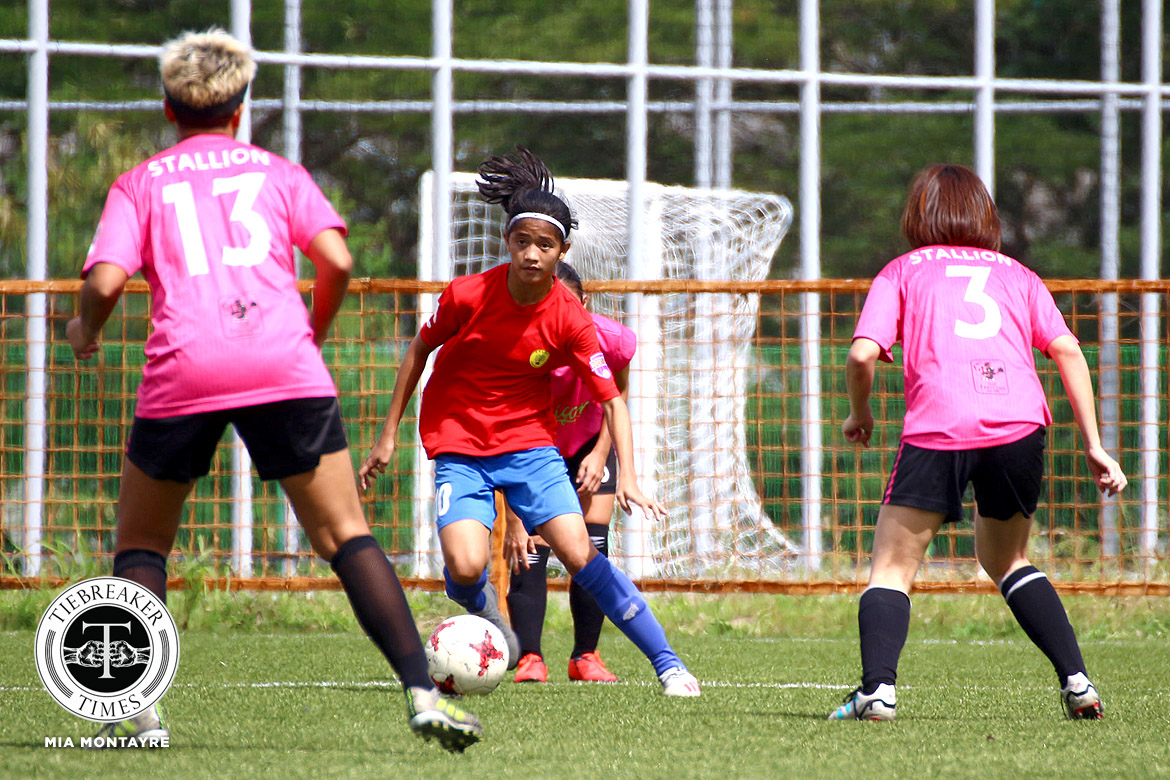 Hungry for the full points to improve their chances on finishing in the top half of the league table, Tuloy FC weathered a Stallion-Hiraya FC rally to win 2-1.

Stallion-Hiraya were up to their old defensive tricks for most of the opening half disrupting their opponents’ dictation of the match but a momentary lapse during Tuloy’s setpiece in the 37th minute led to Jenny Perez going unchecked to head in the breakthrough goal.

Tuloy only got bolder in the second half, wearing down their shorthanded Makati-based counterparts with their offensive forays. Jonalyn Lucban in particular was wreaking havoc in the midfield before assisting Isabella Bandoja for the consolidating goal in the 68th minute.

It was then that the veterans of Stallion-Hiraya decided to not take this match lying down when Aiza Mondero pulled the lead back in the 85th minute, but the comeback was short-lived as Tuloy ultimately took the three points to close in on the University of the Philippines at fifth.

An undermanned Nomads put up a valiant defense in the first 24 minutes before succumbing to Arantxa Trebol’s opening goal moments later. Anicka Castañeda doubled it up for the Lady Booters 10 minutes later before Trebol scored again in injury time of the first half.

Sara Castañeda made it 3-0 two minutes into the second half before Alisha Del Campo added another three minutes later. The younger Castañeda completed a brace in the 65th minute. Afterward, substitute Angelica Teves took over scoring duties as she netted goals in the 81st and 88th minutes for another comfortable La Salle win.

“Our approach to this game is like any other game, we really prepared dahil yung UAAP right now is just a few weeks away,” shared Alvin Ocampo who also revealed that their remaining opponents will be UAAP teams.

The PFF Women’s League will return next Wednesday, January 22 for the rescheduled matches between Tigers FC and Maroons FC at 8:00 A.M. followed by the University of the Philippines and University of Santo Tomas at 10:30 A.M.

On Sunday, January 26, University of the Philippines will take on Green Archers United FC at 8:00 A.M. then Far Eastern University will look to stun La Salle at 10:30 A.M.